Republicans have an edge in midterms with Latino voters, new poll shows 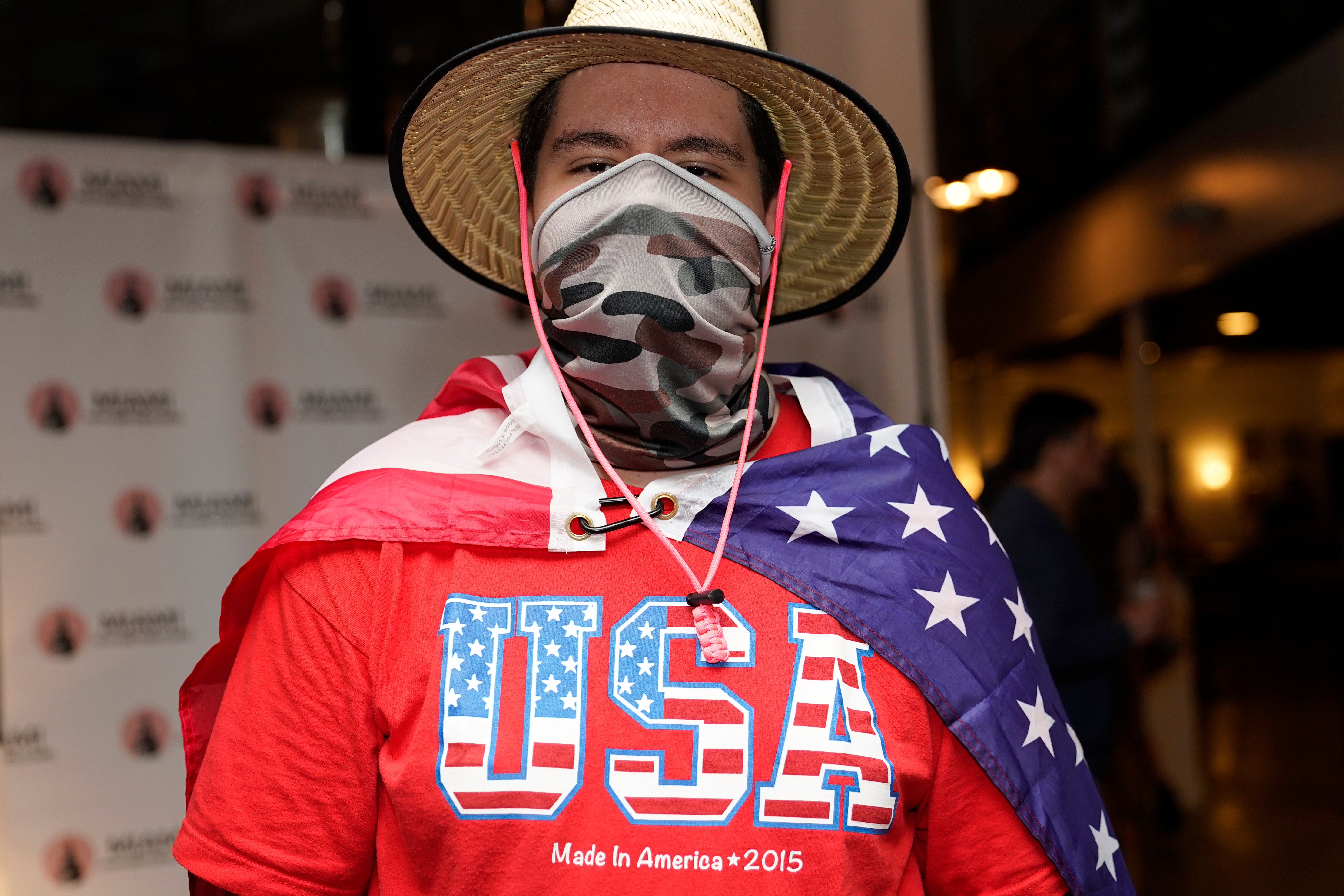 This year’s midterms are shaping up to be one of the biggest tests Democrats face with a once reliable sector of the electorate: Latino voters.

According to polling by Quinnipiac University, done in early April, Biden’s approval among Hispanic voters sits at just 26%. That same poll found approval with White voters at 31% and Black voters at 63-percent. When it comes to the most urgent issues facing the country today, Latino voters said inflation was the biggest concern at 31%. Coming in at a tie for second place is immigration and the war in Ukraine at 12-percent.

Fox News sent crews around the country to talk to Hispanic voters about immigration and what matters most in deciding their vote.

In Orlando, Florida, Fox News found Leticia Andaverde, who says her biggest worries right now are the price of gas and maintaining good employment. When asked if she feels the influx of migrants at southern border will impact how she votes in November, she told Fox News, yes.

“I feel the more people you add in a home, the more problems it can create,” Andaverde said. “There’s a lot of American people right now in need. And they’re giving people that come from other countries the help where there’s already enough people here that need that help.”

In this Sept. 29, 2020 file photo, Eddie Collantes stands with an American flag draped around his shoulders as he attends a debate watch party hosted by the Miami Young Republicans, Latinos for Trump, and other groups in Miami.
(AP Photo/Lynne Sladky, File)

North of where Andaverde lives, in Charlotte, North Carolina, Edgar Ulises says he worries most about the economy and says he thinks the American dream is gone. However, Ulises doesn’t think the immigration issue is to blame.

“I don’t think so, because the economy problems are already here,” Ulises says,”everything is going up, everything is getting more expensive.  And then I think that the immigration problem’s never going to change, like the United States is a country built by immigrants and everybody is going to try to come to the United States all the time.” Ulises says he didn’t vote for former President Trump in 2020, but would in 2024. He also says he feels the Biden Administration is dealing with the southern border crisis well, “but the main problem is not how they handle it. It is the way they’re telling people they’re going to fix it and they don’t.”

Heading West, Fox News found Hector Zaragoza in Las Vegas, Nevada, who calls the current administration’s handling of illegal immigration, ‘very poor, very sad.” Zaragoza worries for the victims of sex trafficking and expressed frustration over the decision to end Title 42. “I believe it is, it’s just like opening the borders and saying, welcome. That’s all he’s doing.”

Further west, in Los Angeles Toki Muriel says her biggest issues are immigration and crime. But her concerns revolve around the sluggishness of immigration processing.

“As far as like being able to become a legal permanent resident, you know, just, it just takes forever. And I get, you know, I wish that something there was something that could be done to speed up that process a little bit.”

Also in L.A., Rudolph Zalez. He doesn’t like the state of California’s biggest city. He worries about the homeless problem, that can be seen just feet from where he is standing.

On immigration and the Biden Administration’s handling of it, Zalez says, “I feel like the government is just sweeping under the rug, everything. And because it doesn’t get reported, they pretend it’s not happening. And then again, us as residents, we deal with the consequences.”

According to research by the National Association of Latino Elected and Appointed Officials (NALEO), at least 11.6 million Latinos will cast ballots in 2022, a 71.4 percent increase in the number of Latino voters from 2014.