Republican Primaries in May Will Test Trump’s Continued Pull 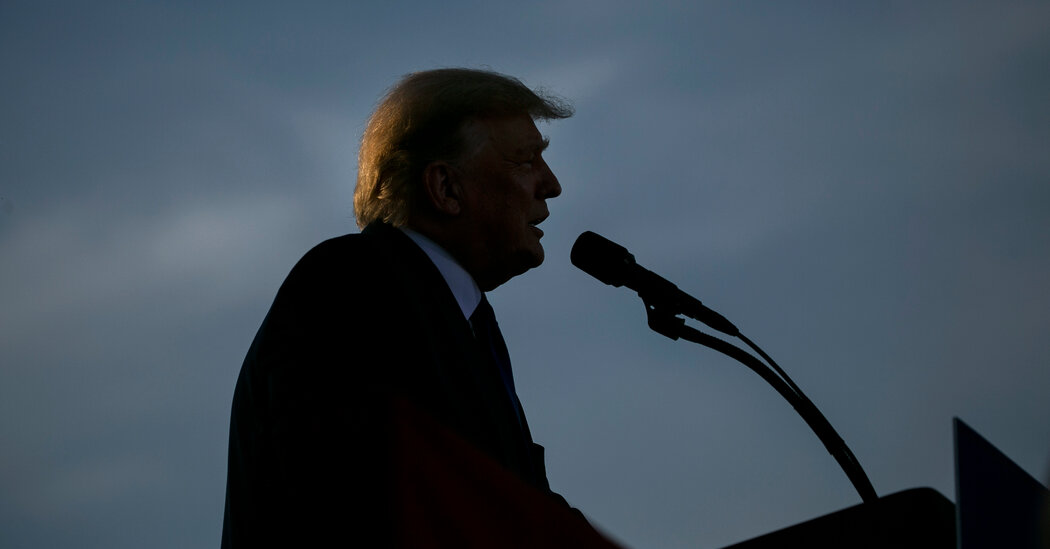 The district — whose lines are changing and whose current representative, Tim Ryan, is running for Senate — is one of just a few in Ohio expected to be competitive in the fall.

President Biden would have carried this newly drawn district by just three percentage points, making it a must-win for Democrats as they face challenges in maintaining their House majority.

“If 2022 is as bad for Democrats as most everybody else, myself included, expects it to be, Republicans will flip this district,” said Ryan Stubenrauch, a Republican strategist in Ohio who grew up in the area.

An added wrinkle is that the boundaries of the district aren’t technically final: Ohio’s redistricting process has been tied up in the courts, and the State Supreme Court could still rule against the current maps. But most experts believe that the lines will remain in place through the general election.

For Democrats, the primary election on Tuesday should be straightforward. Emilia Sykes, a state representative and former minority leader, will be the only Democrat on the ballot. The Sykes name is well known in the Akron area, where her father, Vernon Sykes, remains in the state legislature. His wife, Barbara, also once served in the state House.

On the Republican side, Trump endorsed Madison Gesiotto Gilbert, a conservative commentator who worked on Trump’s campaigns in 2016 and 2020. She faces Shay Hawkins, a Republican who narrowly lost a state House race in 2020. He’s the only candidate who has aired a campaign TV ad, but he trails Gilbert in fund-raising. A third Republican to watch, Gregory Wheeler, has an endorsement from The Plain Dealer.

No candidates have had much time to make a mark. They learned their district lines — tentatively — just a few weeks before early voting started. And with the primaries split, with state legislative voting postponed to later this year, turnout is a big question.