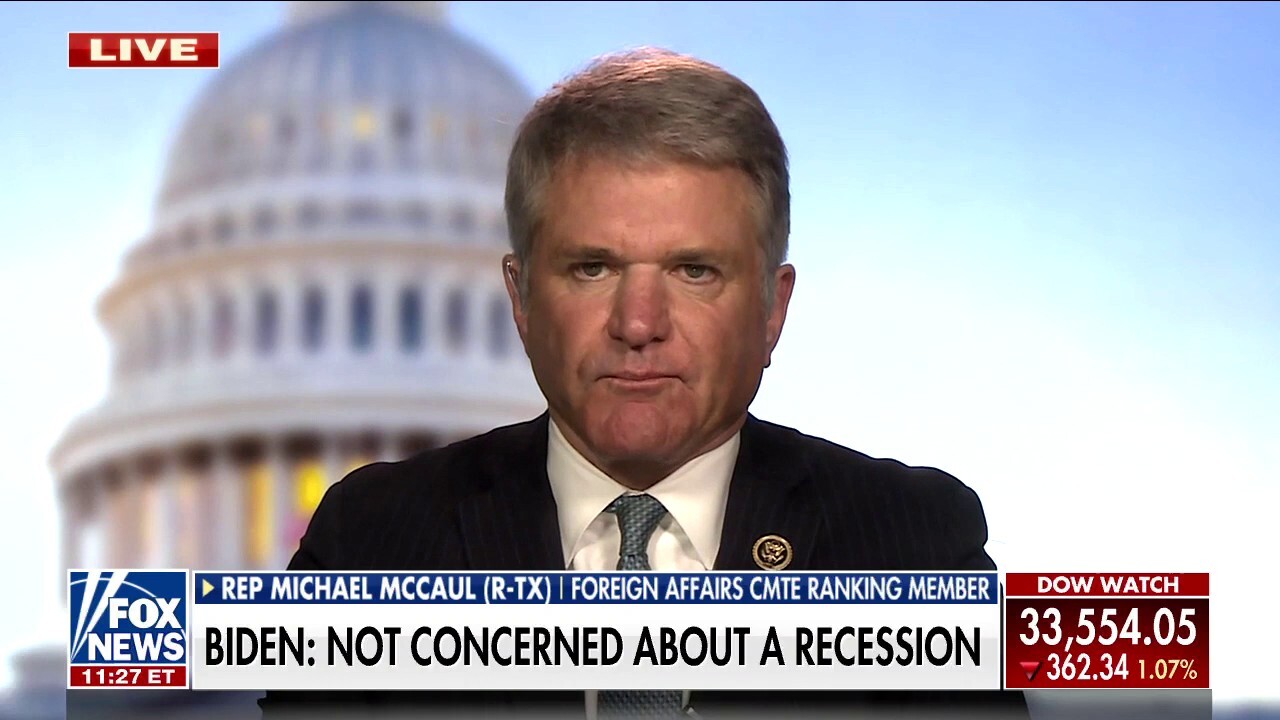 REP. MICHAEL MCCAUL: We’re debating a $10 billion COVID relief package in Congress right now. The idea that we’re going to lift Title 42 and let all these people in, we don’t know anything about them. Some are on the terrorist watch list. The secretary couldn’t even tell us where those people are and many of them could be infected with COVID. What kind of COVID relief package is this? This is just insanity. It’s absolute insanity. And I’ve worked on the border as a federal prosecutor since 9/11, as chairman of the Homeland Security Committee, and now my position on Foreign Affairs. I’ve never seen it this bad.

I’m a pretty nice guy. But I have to say, I took it to the secretary yesterday. His own policy director for immigration, border security, said that the records are now going to skyrocket, that this will be the highest ever recorded because they rescinded the migrant protection protocol program and Remain in Mexico. Self-inflicted wound and it’s hurting a lot of people. I have a Texas National Guardsman dead rescuing two narco-traffickers, for God’s sakes. And he is complicit and this administration is complicit with that, and also, the fentanyl is coming in that can kill the entire American population seven times over. Enough’s enough.