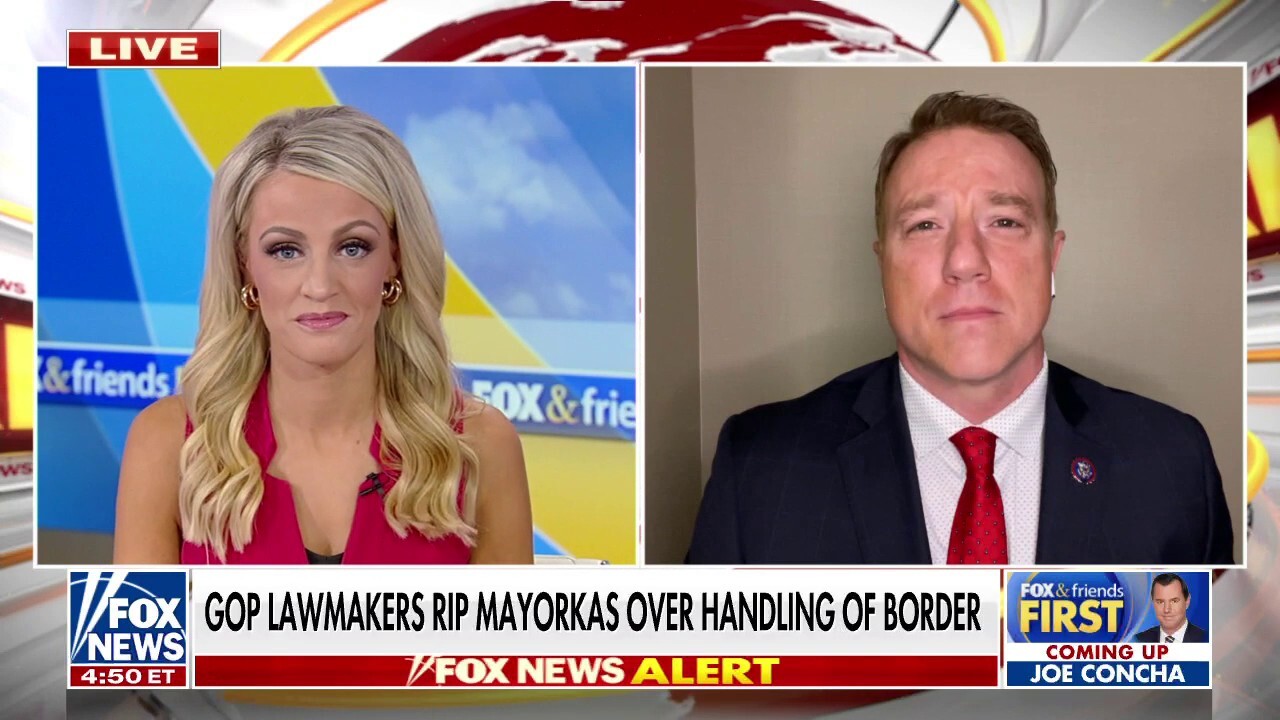 Rep. Pat Fallon, R-Texas., called out DHS Secretary Alejandro Mayorkas Thursday for blaming Congress for the mass migration of illegal immigrants. Fallon said Democrats could bring border security legislation to the floor and “every Republican” would support it. He also said drug cartels have figured out how sneak drugs across the border with agents stretched thin dealing with migrant families.

REP. PAT FALLON: He blamed Congress. Well, who runs Congress right now? The Democratic Party controls both chambers. f they bring that to the floor, every Republican’s going to vote for it.

The Border Patrol will tell us that if there’s 3,500 illegal border crossings in a day, that stretches the resources to the limit. Anything more than that, there’s going to be swaths of the border that are unmanned. We’re having 9,000 a day. So the cartels are rather clever. They make $4,000 per migrant that crosses the border. Doing the math, that’s about a billion a month that they’re making just in human smuggling, never mind the narcotics. What a sector with people. And then the Border Patrol, they’re processing them, they’re transporting them, they’re changing diapers, they’re administering COVID tests. And then the cartels just sneak their drugs across. That’s why we have we’re seeing record numbers of narcotics hitting our streets.