Red flags and firearms checks: How the Highland Park suspect slipped through the cracks 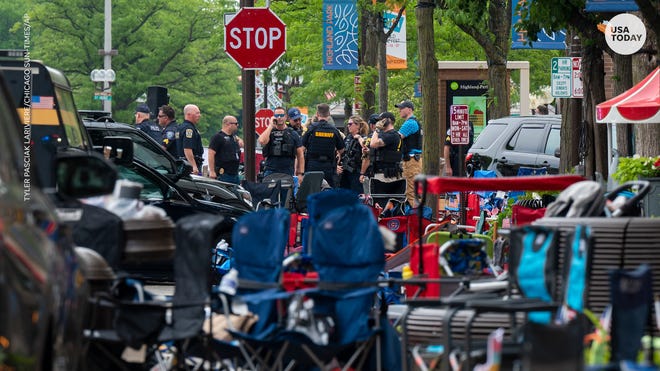 The suspect slipped through wide-open cracks of a system where no single authority prevented him from amassing an arsenal of weapons and hundreds of bullets.

The July Fourth shooting suspect’s legal firearms purchases following repeated police background checks have exposed deep flaws in the piecemeal state and federal systems intended to stop someone like him.

Robert “Bobby” Crimo III, 21, held a valid Illinois Firearm Owner’s Identification card at the time of the shooting that killed seven people and injured dozens more in Highland Park, an upscale Chicago suburb. And he legally purchased at least five guns, authorities said, including the Smith & Wesson M&P15 semiautomatic rifle that he’s accused of using in the attack.