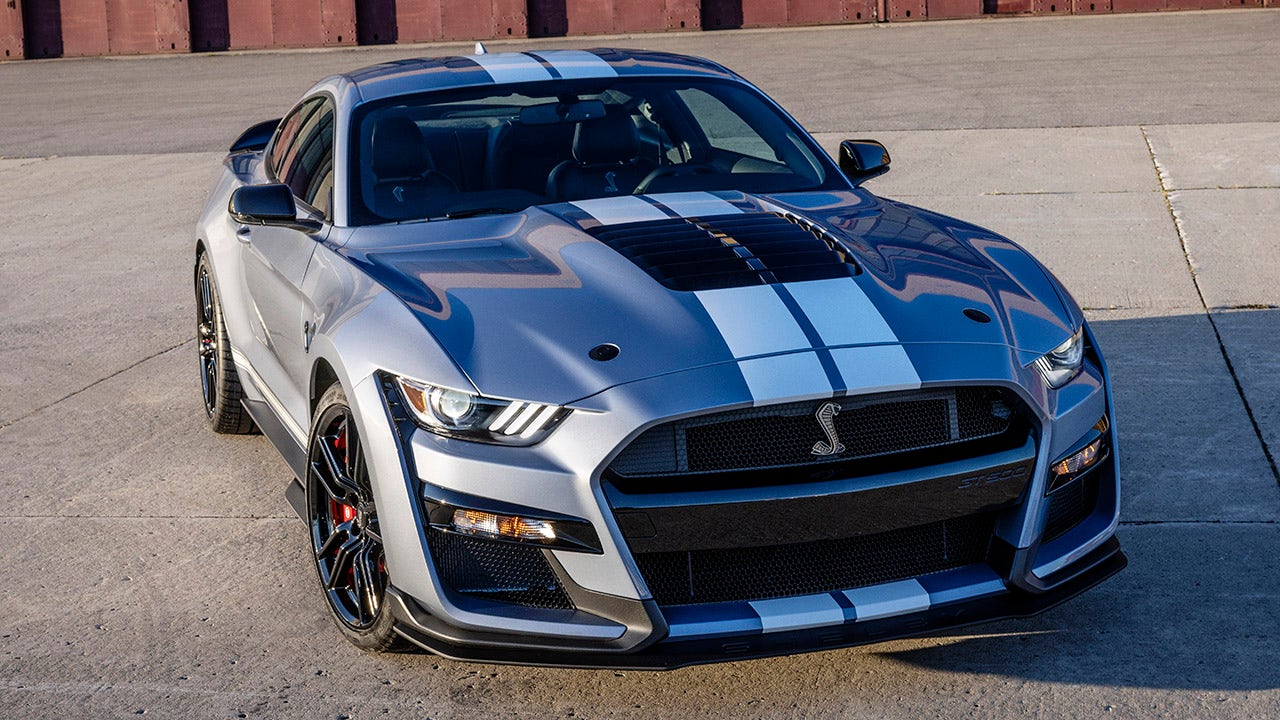 There is some muscle on the way to help victims of Hurricane Ian.

Philanthropist George Shinn is auctioning a fully-loaded 2022 Ford Mustang Shelby GT500 at the Barrett-Jackson event in Houston on Oct. 22 to raise money for relief efforts.

All the proceeds from the sale will be split between the Florida Disaster Fund and Samaritan’s Purse organizations.

Shinn told Fox News Digital that he purchased the $112,385 Mustang specifically for the auction and that it has not been driven.

The 2022 Mustang Shelby GT500 has a 760 horsepower V8 making it the most powerful Mustang ever sold by Ford, but it will not be much longer.

The model is being discontinued for 2023 as Ford prepares to launch a redesigned Mustang lineup for 2024, so Shinn’s is one of the last of its kind that will be built.

It is already in short supply, with some dealers adding up to $50,000 to the sticker price. The Heritage Edition was inspired by the original 1967 GT500.

The Mustang Shelby GT500 is Ford’s most powerful model.
(Ford)

Shinn, who formerly owned the original Charlotte Hornet’s NBA team that later became the New Orleans Pelicans, said he has had first-hand experience with the damage hurricanes can cause.

“I’ve been through these storms and it is horrific,” he said. “I have a house in Start, Florida, and was in New Orleans when Katrina hit and we had to relocate the team to Oklahoma City.

“I know what people are going through.”

Shinn has a collection of over 100 cars that he keeps in a museum-like barn in Franklin, Tennessee, which is often used for charity events.

“We’ve asked guests what the biggest draw was for them, the celebrity entertainment, the food or the cars, and 85% said the cars,” Shinn said.

I’m a person of faith, so I like to give back, it’s part of my nature, and it’s something I enjoy doing.”

Shinn auctioned a 2009 Ford Mustang Shelby GT500 Super Snake at Barrett-Jackson’s Palm Beach, Florida, event in April to help the victims of the war in Ukraine.

It was purchased along with a 1986 Chevrolet Corvette Indy 500 pace car replica by NASCAR team owner Rick Hendrick for $1 million and led other attendees to make further donations to bring the total raised to $1.76 million.

“I’m 81 and I‘ve got more money than I need and I just want to do whatever I can,” Shinn said.