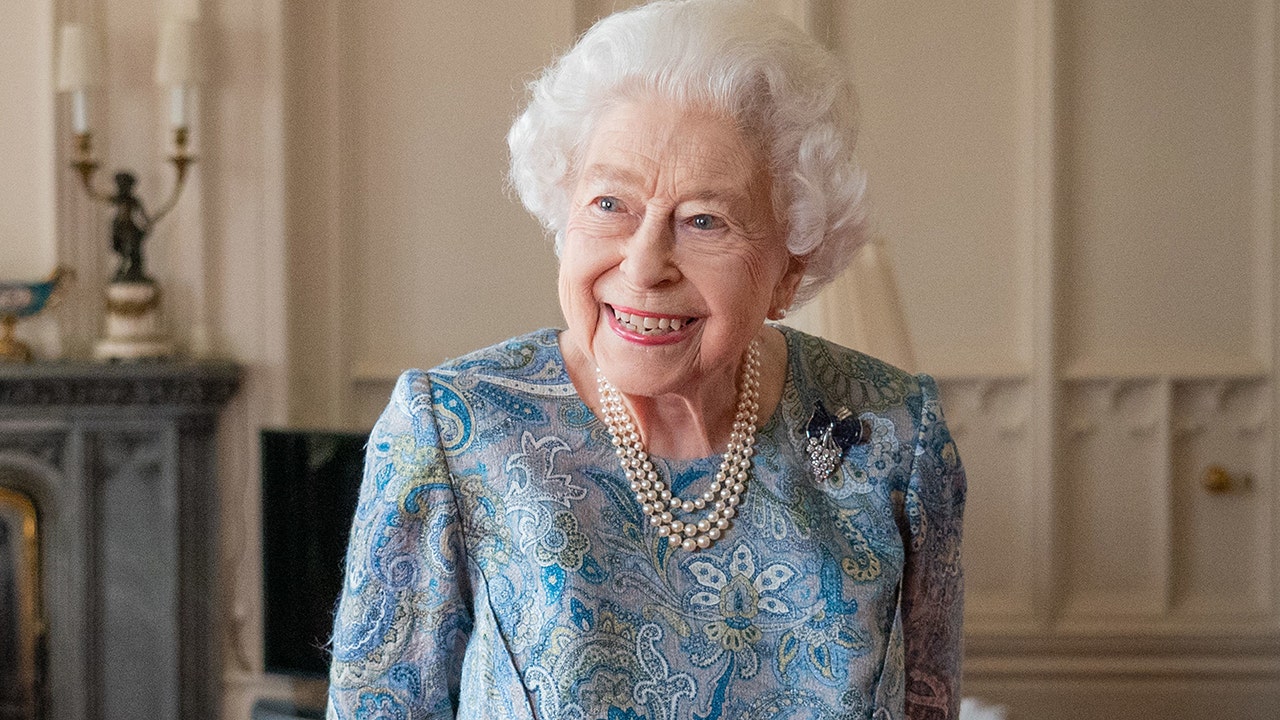 Queen Elizabeth is back to work after celebrating the big 9-6.

On Thursday, the reigning British monarch made her first in-person engagement since returning to Windsor Castle. She welcomed Switzerland’s President Ignazio Cassis and his wife Paola.

While the queen was using a walking cane for several months, she appeared without it for Thursday’s audience. The queen, who wore a blue patterned dress and a three-strand pearl necklace, was all smiles as she shook hands with guests and posed for photos.

Elizabeth was previously at her Sandringham estate for a week celebrating her birthday. Although the queen has been absent from several events in recent months due to mobility issues and health setbacks, she did step out on March 29 to attend a Service of Thanksgiving honoring her late husband Prince Philip.

During the coronavirus pandemic, Windsor Castle served as the queen’s base. However, she also made visits to Buckingham Palace, Sandringham and her Balmoral estate in Scotland.

On her birthday, Elizabeth was spotted going for a drive around her estate. For the occasion, she wore a festive pink lipstick and sunglasses, a more off-duty look.

The public celebration of Elizabeth’s birthday, known as the Trooping of Colour, takes place in June. The royal family is expected to gather on the Buckingham Palace balcony. The festivities will also coincide with the queen’s Platinum Jubilee, which celebrates her 70 years on the throne.

Queen Elizabeth II, who wore a blue patterned dress and a three-strand pearl necklace, was all smiles as she shook hands with guests and posed for photos at Windsor Castle on April 28, 2022.
(Dominic Lipinski/Pool/AFP via Getty Images)

The queen’s latest appearance came a day after her son Prince Andrew lost another ceremonial honor as groups throughout Britain continue to cut ties with the disgraced royal amid allegations of sexual misconduct.

On Wednesday night, the council in the northern city of York voted unanimously to withdraw the prince’s “freedom of the city.″ The honor was awarded to Andrew in 1987 after the queen made him the Duke of York.

Andrew is the first person to be stripped of the status, a purely ceremonial honor that dates back to medieval times when “freemen″ enjoyed special privileges. Honorees include the actress Judi Dench and Princess Anne, Andrew’s sister.

The 62-year-old was stripped of his honorary military roles in January amid the furor surrounding a lawsuit alleging he had sex with a 17-year-old girl and fears that the scandal would taint the House of Windsor. The queen also removed his honorary leadership of various charities, known as royal patronages, and barred him from using the title “his royal highness” in official settings.

Andrew later settled the lawsuit and agreed to pay his accuser an undisclosed sum that the British media has suggested could be as much as 12 million pounds ($15 million). He denies the allegations.

“She saw that it was doing serious reputational damage to those military institutions and charities and so stepped in to remove him from those positions,” Smalley told ITV News. “We believe very strongly, and many residents agree with us, that we should be removing all links between our city and Prince Andrew.”

On March 29, Queen Elizabeth was accompanied by her son Prince Andrew for the Service of Thanksgiving honoring her late husband Prince Philip.
(Getty Images)

Smalley and other local leaders have argued that Andrew should also lose the title of Duke of York..

“York has a fantastic relationship with the monarchy going back hundreds of years. It’s something we cherish,” he said. “We can’t cherish it whilst we have Prince Andrew as our most senior royal.”