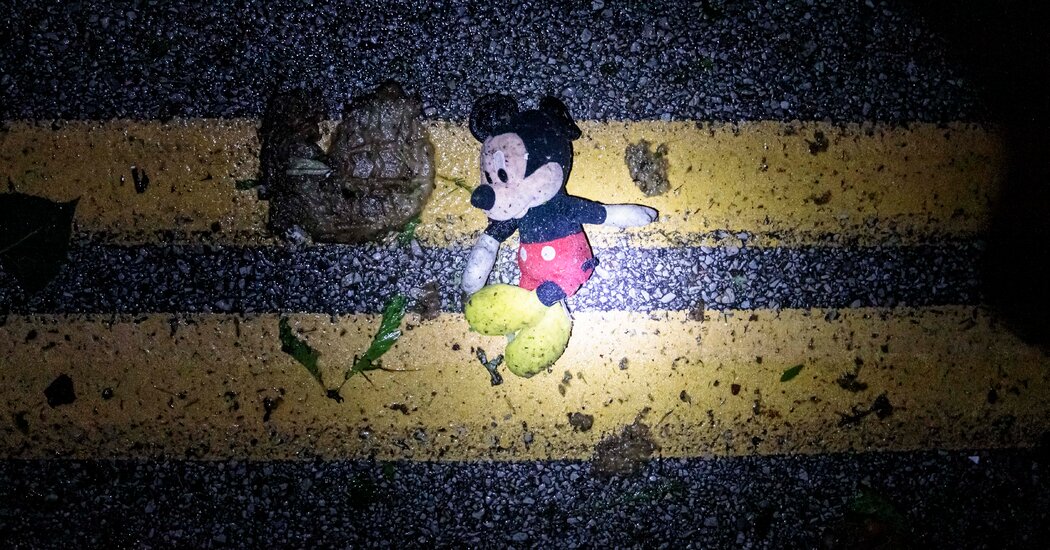 Until recently the current confrontation between Disney and the State of Florida would have seemed inconceivable. The attacks by Florida Republicans on the entertainment giant will hurt the state’s economy, possibly severely; they reflect a sudden lurch toward intolerance in a nation that seemed to be growing ever more tolerant; and the allegations against Disney are, in a word, insane.

But what’s happening in Florida makes sense once you realize that what Gov. Ron DeSantis and his allies are up to has nothing to do with policy or even politics in the conventional sense. What we’re seeing instead are symptoms of the transformation of the G.O.P. from a normal political party into a radical movement built around conspiracy theories and intimidation.

On the economics: Just a few months ago The Tallahassee Democrat, a local newspaper, published an article titled “The Mouse That Need Not Roar,” arguing that Disney World’s huge role in Florida’s economy gave it almost unchallengeable political influence.

Most directly, Disney World is in a 25,000-acre “special district” within which the company provides basic public services even while paying local property taxes. Last week, however, DeSantis signed legislation eliminating that district, which will leave local taxpayers on the hook — and also, reportedly, saddle them with more than $1 billion in debt.

Beyond that, the resort, in addition to employing large numbers of people itself, draws millions of visitors each year — visitors who spend money that boosts the Florida economy in general. And less tangibly, Disney World has surely contributed to Florida’s image as a desirable place to visit and live. The state’s leisure and hospitality industry is huge, and Disney World is one important reason.

All of this was, however, put in jeopardy when Florida passed its “Don’t Say Gay” bill that not only restricted what schools can say about gender but also severely limited their ability to counsel troubled students without parental consent and opened the door to lawsuits by parents claiming violations of vaguely defined rules.

Disney had nothing to say about this legislation as it was being rammed through. But an entertainment company whose business depends in part on its public image can’t seem too far out of line with prevailing social mores. And American society as a whole has become far more open-minded on L.G.B.T.Q. issues than it used to be: Approval for same-sex marriage rose from 27 percent in 1996 to 70 percent last year. So late in the day — after the bill had already passed the Legislature — Disney’s C.E.O. finally declared that his company opposed it.

The Republican response has been extreme — but then, these days it always is.

Not long ago, using state power to impose financial penalties on corporations for expressing political views you dislike would have been considered beyond the pale. Indeed, it may well be unconstitutional. But the attack on Disney has gone far beyond financial reprisal: Suddenly, Mickey Mouse is part of a vast conspiracy. Florida’s lieutenant governor went on Newsmax to accuse Disney of “indoctrinating” and “sexualizing children” with its “not secret agenda.”

If this seems crazy — which it is — it’s also increasingly the Republican norm. I don’t think political reporting has caught up with how thoroughly QAnonized the G.O.P. has become.

As I mentioned the other day, roughly half of Republicans believe that “top Democrats are involved in elite child sex-trafficking rings.” Here’s an even more impressive number: 66 percent of Republicans buy into “white replacement theory,” agreeing wholly or partly with the claim that “the Democratic Party is trying to replace the current electorate with voters from poorer countries around the world.”

Given this mind-set, ambitious Republican politicians naturally pursue policies devised to play to the base’s paranoia and accuse anyone who opposes these policies of being part of a nefarious conspiracy.

And the bizarre nature of the attacks on Disney doesn’t just pander to the craziness of the G.O.P. base; the attacks’ very absurdity is also a message of intimidation aimed at the business world. It says, in effect: “It doesn’t matter how you conduct your business, how innocuous your behavior really is. If you criticize our actions, or fail in any way to demonstrate fealty to our cause, we will find a way to punish you.”

The obvious role model here is Viktor Orban’s Hungary, where the Conservative Political Action Conference will be held next month. As a recent Freedom House report put it, in Hungary “businesspeople whose activities are not in line with the financial or political interest of the government are likely to face harassment and intimidation, and subject to increasing administrative pressure for a possible takeover.”

So the fight over Disney is actually a symptom of a much broader and more troubling development: the QAnonization and Orbanization of one of America’s major political parties, which is putting our democracy at risk.