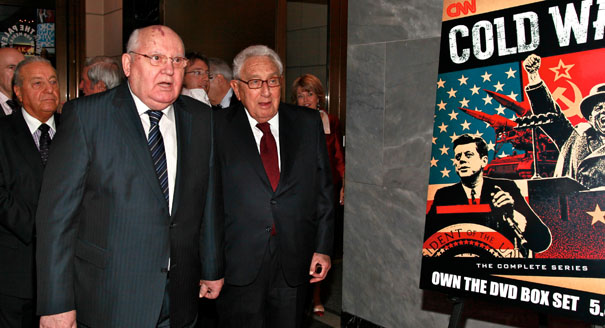 For his part, Putin, who was serving in the KGB in East Germany during Gorbachev’s time as leader, made it clear over the years that he saw the dissolution of the Soviet Union and the collapse of the Eastern bloc in Europe as humiliating to Russia.

United Kingdom Prime Minister Boris Johnson drew a comparison between the two men that was unflattering to Putin, as he expressed admiration for Gorbachev’s part in ending the Cold War.

“In a time of Putin’s aggression in Ukraine, [Gorbachev’s] tireless commitment to opening up Soviet society remains an example to us all,” Johnson said.

Other leaders compared Putin and Gorbachev in their condolence messages. Sen. Patrick Leahy (D-Vt.), who met Gorbachev both in Russia and the United States, described him as “a bold leader who was unafraid to confront reality.

Gorbachev “would never be the war criminal that Putin is,” Leahy said.

Elsewhere in the United States, Rep. Dean Phillips (D-Minn.), recalled stopping his car on the Minneapolis interstate in 1990, as Gorbachev’s motorcade passed.

“A new, more peaceful and promising world seemed to be on the horizon,” Phillips said. “I mourn his passing and his courage, as I do the country he tried so hard to reform.”

“His sense of history, and commitment to openness, reform, and building bridges with the West, changed the world,” Martin wrote on Twitter.