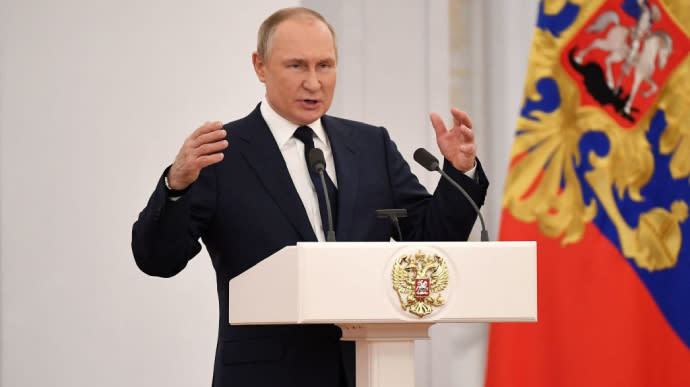 DENYS KARLOVSKY – WEDNESDAY, 27 APRIL 2022, 16:50 Russian President Vladimir Putin has responded to western “threats” with a threat of his own, stating that the Russian army is prepared to deliver lightning-fast strikes with strategic weapons. Source: Vladimir Putin, speaking to Russian parliamentarians in St. Petersburg Quote from Putin: “If someone decides to intervene in current events [in Ukraine] from the outside and creates unacceptable strategic threats for Russia, then [they] must know that our response, our retaliatory strikes, will be lightning-fast, quick. We have all the tools for this – such that no one else can boast of right now. And we won’t brag – we’ll use them if needed! And everyone should know about it! All decisions in this regard have already been made.” Details: Russian legislators applauded these claims. The Russian president stated that all goals and objectives of the war would be “achieved.” He did not clarify exactly what was meant by this. Putin is also convinced that Russia will withstand the economic pressure from heavy sanctions and high military spending in the fight against Ukraine. He added that the West is “erroneous” in its opinion that Russia as a country is “unnecessary” and poses a threat to the whole world. Putin added that it is precisely “the West [that] poses a threat to the whole world” and voiced baseless theses that in the 1990s and 2000s Western governments wanted to destroy Russia by encouraging and facilitating the secession movement of Chechnya from Russia.