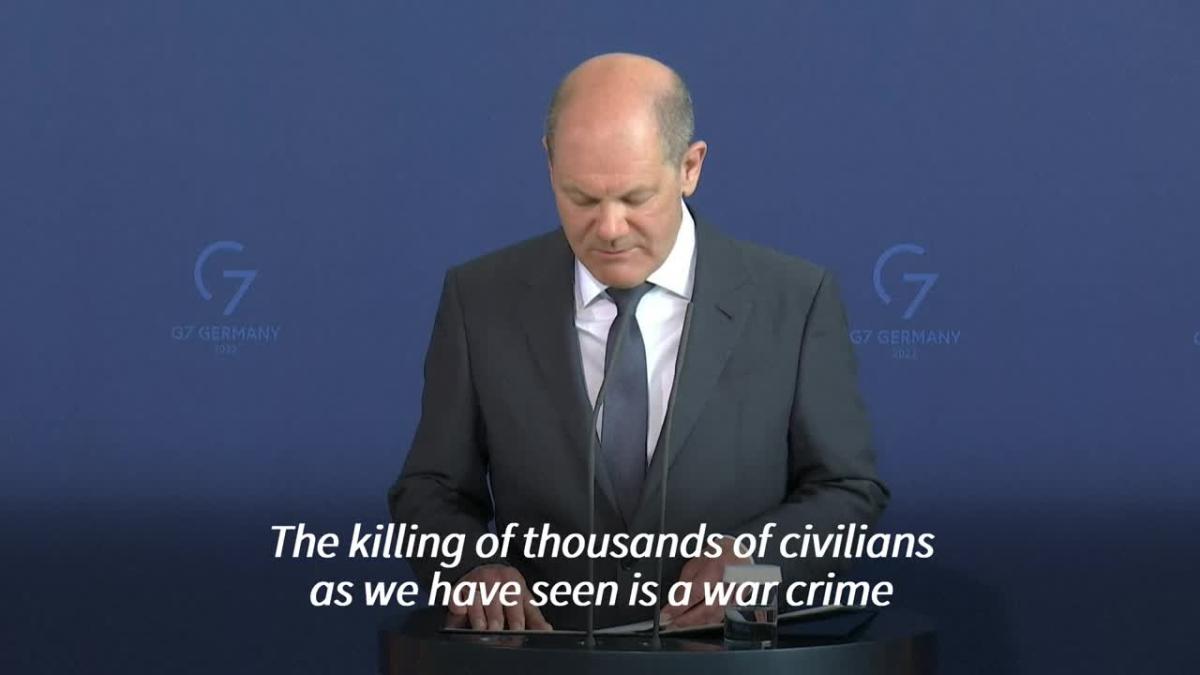 STORY: A Russian missile attack killed seven people in Lviv on Monday, according to Ukrainian officials, the first civilian victims in the western city.&nbsp;Local officials said there were four strikes, three on warehouses not in use by the military and another on a car service station.Lviv’s mayor&nbsp;said the attacks damaged civilian infrastructure, houses and a school.&nbsp;“What we see in Ukraine today is a genocide that the aggressor is carrying out on purpose, killing civilians. Seven civilians had plans for life. Today their lives have ended.”Pushed&nbsp;back by resistance in the north, Moscow has refocused its attacks in the two eastern provinces known as the Donbas, while launching long-distance strikes at other targets, including the capital, Kyiv.Russia’s defense ministry said it had hit hundreds of military targets in Ukraine overnight. Russia denies targeting civilians.&nbsp;In Mariupol, explosions rumbled and smoke rose on Monday from the Azovstal steelworks&nbsp;as Russia tried to take full control of the besieged port city.&nbsp;The Mariupol city council said at least 1,000 civilians – mainly women, children and elderly citizens – were&nbsp;hiding in underground shelters beneath the vast steel plant, adding that Russia was dropping heavy bombs onto the Ukrianian-held factory.&nbsp;Meanwhile, Russian President Vladimir Putin&nbsp;on Monday&nbsp;railed against sanctions imposed by the West designed to punish Moscow for invading Ukraine. He claimed &nbsp;Russia’s economy withstood the pressure, and is stabilizing.&nbsp;”Now we can confidently declare that such policy with respect to Russia has failed. The strategy of economic blitzkrieg proved unsuccessful.”&nbsp;The U.N. said that more than 2,000 civilians have been killed in Ukraine since Russia invaded on Feb. 24.