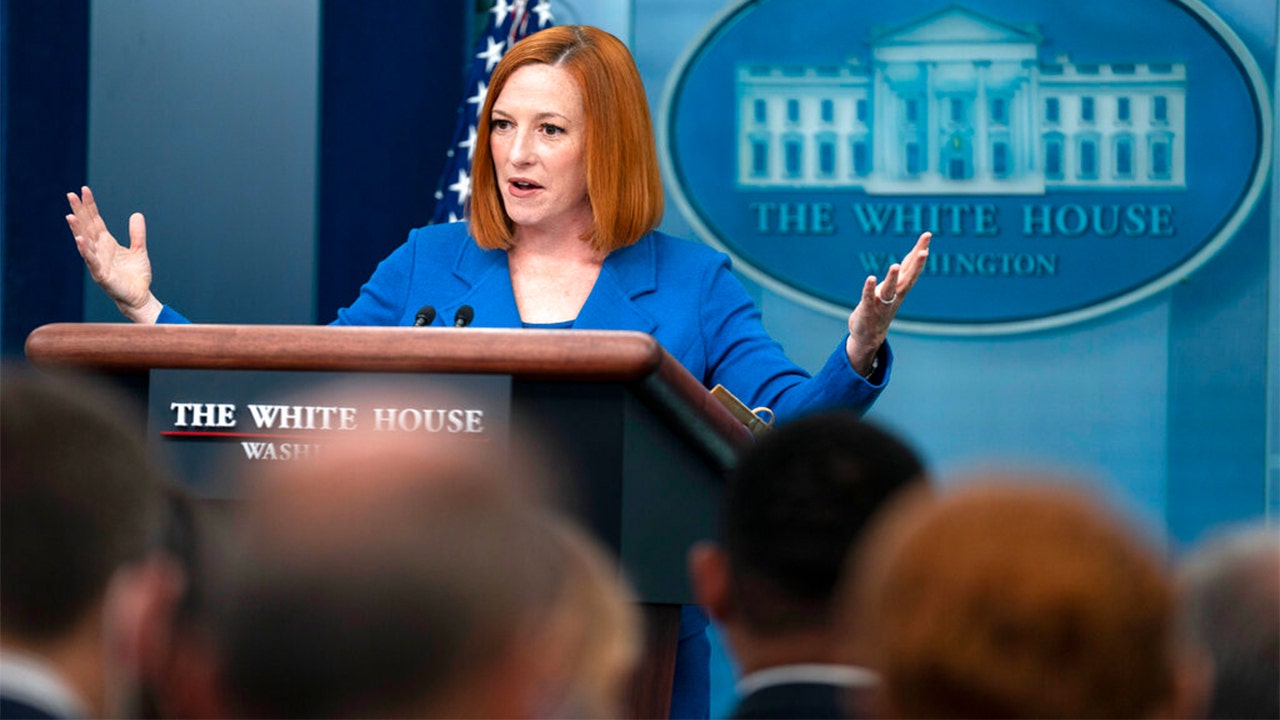 White House Press Secretary Jen Psaki on Wednesday appeared to rule out the possibility of the Biden administration delaying the removal of Title 42 next month.

The Trump-era public health order has enabled U.S. authorities to turn back most migrants, including people seeking asylum from persecution. It is set to expire on May 23.

Asked Wednesday whether the Biden administration was considering delaying the removal of Title 42, Psaki said, “We are planning and preparing for the end of Title 42 on May 23.”

Another reporter asked whether there was a plan to provide additional funding for Immigration and Customs Enforcement (ICE) and Customs and Border Protection (CBP) as it deals with a surge of illegal border crossings leading up to and after the expiration of Title 42.

FILE: A Texas Department of Public Safety officer in Del Rio, Texas directs a group of migrants who crossed the border and turned themselves in.
(AP Photo/Eric Gay, File)

Psaki said there were a range of options available to the Department of Homeland Security (DHS) but stopped short of suggesting that more funds were on their way.

These options, Psaki said, include “prioritizing and reallocating existing funds, requesting additional support from other federal agencies if necessary (and) engaging with Congress on that discussion.”

Rep. Tim Ryan of Ohio this week became one of several Democrats to break with Biden on Title 42.

“The Administration’s decision to roll back Title 42 is wrong and reckless,” Ryan said in a statement to Fox News. “Prematurely ending this policy without a path forward does nothing to keep Americans safe, support our Border Patrol agents, protect asylum-seekers, or bring about the comprehensive fix our immigration system needs.”

BORDER PATROL NOT USING TITLE 42 TO EXPEL SOME NORTHERN TRIANGLE MIGRANTS AHEAD OF ITS MAY 23 END: SOURCES

Migrants attempted to cross the U.S.-Mexico border at the highest level in two decades as the U.S. prepares for even larger numbers with the expected lifting of a pandemic-era order that turned away asylum seekers.

Immigrant men from many countries are taken into custody by U.S. Border Patrol agents at the U.S.-Mexico border on December 07, 2021 in Yuma, Arizona.
(John Moore/Getty Images)

The number of migrant encounters has gone up nearly every month since President Joe Biden took office. Immigration authorities stopped migrants 221,303 times along the Southwest border in March, a 33% increase from a month earlier, according to U.S. Customs and Border Protection data released Monday.

The number of illegal crossings, or those outside official ports of entry, totaled 209,906 in March, surpassing the previous high of Biden’s presidency of 200,658 set in July, and the highest level since March 2000, when it reached 220,063.