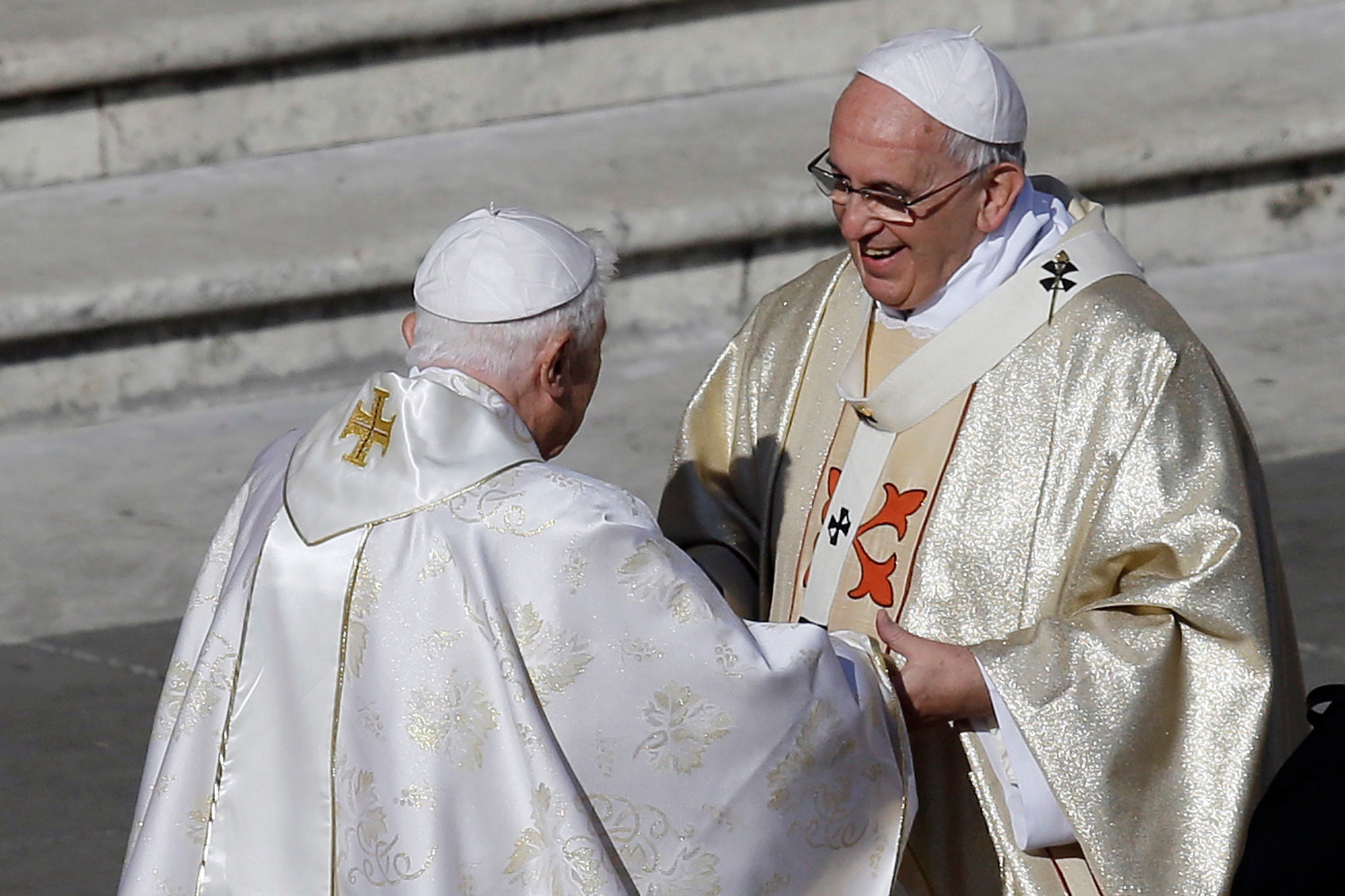 Pope Francis said he would not live in the Vatican or return to his native Argentina if and when he ever retires, but would instead like to find a church in Rome where he could continue hearing confessions.

“I’m the bishop of Rome, in this case the emeritus bishop of Rome,” Francis said in an interview segment with Spanish-language broadcaster TelevisaUnivision that aired Tuesday.

Francis, 85, denied he was planning to retire any time soon but repeated that “the door is open” after Pope Benedict XVI in 2013 became the first pope in 600 years to step down.

While having a retired pope on hand has gone well, the Vatican needs to better regulate the figure of an emeritus pope, Francis said in the interview.

Some cardinals and canon lawyers have long questioned Benedict’s decisions in retirement, including his continuing to wear the white cassock of the papacy and keeping his papal name, Benedict, rather than reverting back to his birth name, Joseph Ratzinger.

They say those choices and Benedict’s continued presence in the Vatican created confusion among the faithful and enabled Francis’ traditionalist critics to use Benedict as a conservative point of reference, threatening the unity of the Catholic Church.

“The first experience went rather well because he’s a saintly and discreet man, and he handled it well,” Francis said of Benedict in the interview. “But in the future, things should be delineated more, or things should be made more explicit.”

“I think for having taken the first step after so many centuries, he gets 10 points. It’s a marvel,” Francis added.

Pope Francis, right, has said that if he retires he will not stay in the Vatican or move back to Argentina.
(AP Photo/Gregorio Borgia, File)

Francis said he would also step down if the time was right before he died while still serving, “if I survive.” He answered “surely no” when asked if he would live in the Vatican as a retired pope or would return to Argentina, and said “maybe” when it was suggested that he might take up residence in the Basilica of St. John Lateran, which is the traditional seat of the bishop of Rome.

POPE FRANCIS DESCRIBES PRESSURES OF THE PAPACY: ‘SOMETIMES, YOU FEEL YOU ARE NUMB’

He recalled that he had planned to retire as archbishop of Buenos Aires at the time of the 2013 conclave that resulted in him becoming pope. Francis said he had prepared a nice apartment in Buenos Aires where he could continue hearing confessions at a nearby church and visiting the sick at a hospital.

“This is what I thought for Buenos Aires. I think this scenario, if I survive until a resignation – it’s possible I might die before – … I’d like something like this,” he said.

The interview covered other topics. On whether Catholic politicians who support abortion rights should continue receiving the sacraments, Francis repeated it was a matter of conscience for elected officials to work out for themselves. While the Catholic Church opposes abortion, Francis added that priests and bishops should remain pastors.

“When a pastor loses the pastoral dimension, he creates a political problem,” Francis said, referring to the “polarized” debate in the United States concerning President Joe Biden and House Speaker Nancy Pelosi, both Catholics who support abortion rights.

U.S. bishops considered rebuking Biden for his support of abortion rights, but ultimately backed off a formal rebuke. Pelosi’s bishop, San Francisco Archbishop Salvatore Cordileone, has barred her from receiving Communion in his archdiocese, though she recently received Communion during a papal mass at the Vatican’s St. Peter’s Basilica.

Asked what such Catholic politicians should do, Francis said: “I leave it to his conscience and that he speaks to his bishop, his pastor, his parish priest, about that inconsistency.”