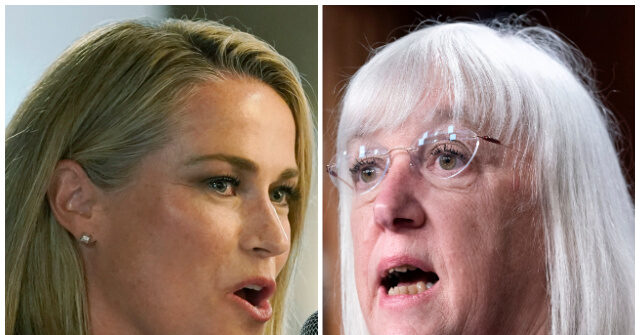 Republican Tiffany Smiley is closing in on Democrat incumbent Sen. Patty Murray (D-WA), in Washington’s U.S. Senate Race, according to the most recent poll conducted by McLaughlin & Associates.

In fact, the likely general election voters were tied at 44 percent when asked if she should be reelected or if it was time to choose someone else. There were 12 percent who “don’t know.”

The poll also found that a majority (51 percent) of people in Washington disapprove of President Joe Biden, while only 48 percent approve of his job as president.

A majority (64 percent) of people in the state also think the country is headed down the wrong track. Only 28 percent said the country is on the right track, while eight percent “don’t know.”

The McLaughlin & Associates poll was taken statewide in Washington from August 15 to 17 among 500 likely general election voters. There was a margin of error of plus or minus 4.4 percent and a 95 percent confidence level.

This comes after Breitbart News reported that a comparison between two recent YouGov polls showed that enthusiasm for voting in this year’s midterm election grew by six points for Republicans as enthusiasm for Democrats and independents stated the same after the FBI raided the Mar-a-Lago, the home of former President Donald Trump.

Between the polls on August 7 to 9 — before the raid — and August 13 to 16 and — after the raid, Republican enthusiasm for voting in this year’s midterm election went from only 45 percent to 51 percent. This could ultimately help Smiley, while the Democrats’ enthusiasm saw very little change during the same time.

Jacob Bliss is a reporter for Breitbart News. Write to him at jbliss@breitbart.com or follow him on Twitter @JacobMBliss.