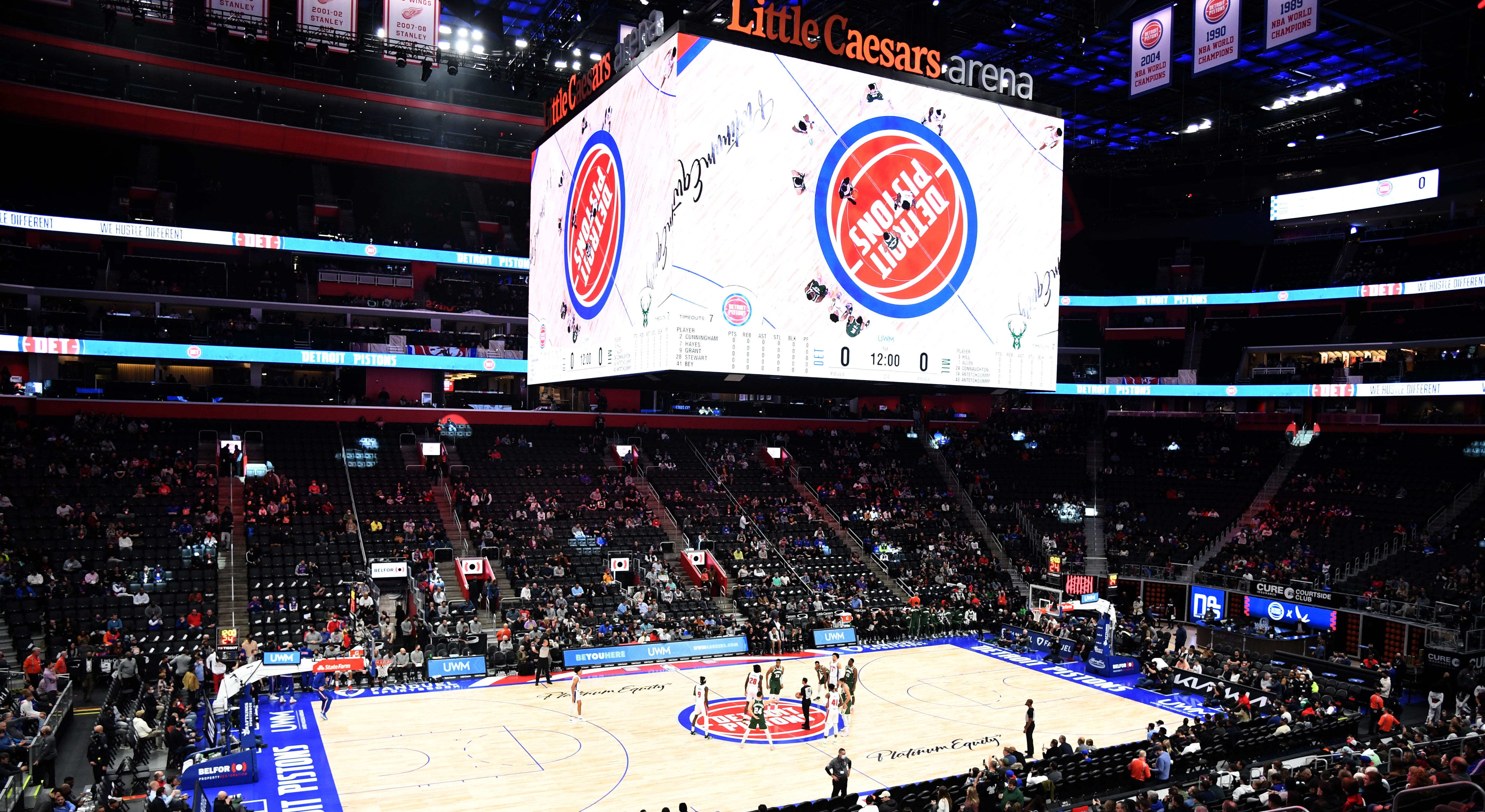 The Detroit Pistons have placed assistant GM Rob Murphy on administrative leave amid an investigation into a workplace misconduct allegation by a former female employee of the franchise.

Murphy has been away from the Pistons for about a week, ESPN reported.

The details of the allegations against Murphy have not been publicly reported.

Jalen Duren (0) of the Detroit Pistons drives to the basket during a game against the Orlando Magic Oct. 19, 2022, at Little Caesars Arena in Detroit.
(Chris Schwegler/NBAE via Getty Images)

The 50-year-old was promoted to assistant GM of the Pistons in June after serving as the president and GM of the franchise’s G League team, the Motor City Cruise. He began working with the G League squad in March 2021.

Murphy has a coaching background, spending 20 years as a college coach, including 10 with Eastern Michigan as its head coach. He also worked with Kent State and Syracuse.

This allegation comes on the heels of the Boston Celtics’ situation with Ime Udoka, who was suspended for the 2022-23 season after an investigation found he had an improper relationship with a female employee of the team.

A view at Little Caesars Arena before the Brooklyn Nets play the Detroit Pistons Nov. 5, 2021, in Detroit.
(Brian Sevald/NBAE via Getty Images)

A significant factor that led to Celtics coach’s suspension was crude language with the female staffer, who was his subordinate.

According to ESPN, the relationship was the primary finding and policy violation by the independent law firm commissioned by the team to investigate.

A view of a game between the Milwaukee Bucks and Detroit Pistons Nov. 2, 2021, at Little Caesars Arena in Detroit.
(Chris Schwegler/NBAE via Getty Images)

“I took a lot of advice from partners like [Celtics President of Basketball Operations Brad Stevens] and others. We collectively came to this and got there, but it was not clear what to do. But it was clear that something substantial needed to be done, in my view, and it was.”