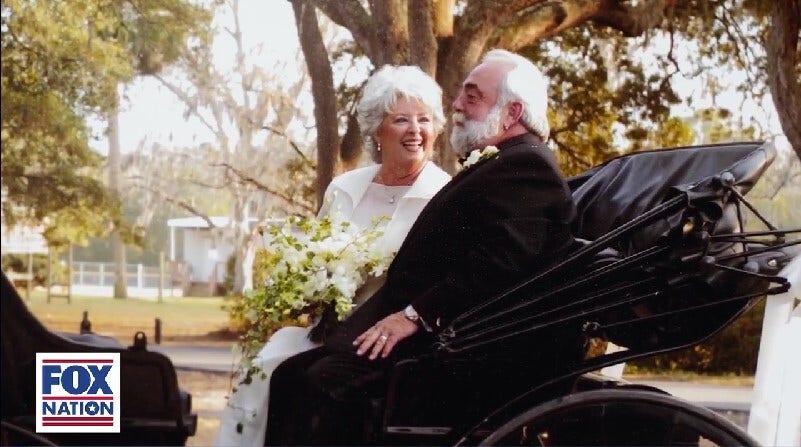 It’s Paula Deen’s 18th wedding anniversary, and everyone is invited to tune in as she serves up a trio of delicious dishes on the latest from her Fox Nation special, “At Home with Paula Deen.”

The queen of southern cuisine dives into the story of how she met her husband Michael while showing everyone how to recreate some of her wedding hits and family favorites.

Deen tells the story behind her collard green wontons, a dish she said was a glowing success at her wedding.

“I said, ‘I want to be true to who we are,’” she said. “We love chicken, we love collards, we love shrimp – but I wasn’t going to put out a bowl of collard greens for somebody to eat.”

Paula stuffed her collard green wontons complete with cream cheese, butter, and ham before diving into the next dish that ranks among her husband’s favorites: shrimp and grits.

After seasoning up the shrimp with garlic, leek, diced onion, white wine and Tasso ham, Deen explained the art of making the “perfect” southern grits.

“If [grits are] not cooked properly, they’re not good,” she says. “It’s very important that you measure your grits.”

Deen tossed in a little insight as she cooks up the grits, making sure everyone knows to have a whisk on hand.

“One of the most important things about cooking your grits is having you a whisk on hand. And as soon as you get those grits down in that boiling water, it’s important that you do this for almost five minutes, because you want to make sure every one of those grains of grits is mixed up,” she said.

After adding in just the right amount of butter, salt and pepper, Deen moved on to the final dish of her trio – another of Michael’s favorites.

The recipe for her mother-in-law’s beloved banana nut cake brings a sweet touch to the savory duo prepared before.

Complete with eggs, flour, sugar, bananas, chopped nuts and vanilla, Deen creates a batter and carefully measures each layer to ensure the cake is evenly distributed.

She topped off the cake with a homemade cream cheese frosting and a chopped nut garnish.

Paula Deen meets with Patriot Award attendees ahead of the show

As Paula progressed through the episode, she recaptured the heartwarming story of how she met her husband Michael after her dog ventured into his yard and God answered a prayer.

“I think God had a big hand in the whole process,” she said. After moving out from downtown to the Wilmington Island, she said she asked God to send her a neighbor.

To learn more about Paula Deen’s wedding day recipes and more, visit foxnation.com and stream ‘At Home with Paula Deen.’

Fox Nation programs are viewable on-demand and from your mobile device app, but only for Fox Nation subscribers. Go to Fox Nation to start a free trial and watch the extensive library from your favorite Fox News personalities.