Paul Pelosi investigation: What to know about David DePape in attack on Nancy Pelosi’s husband 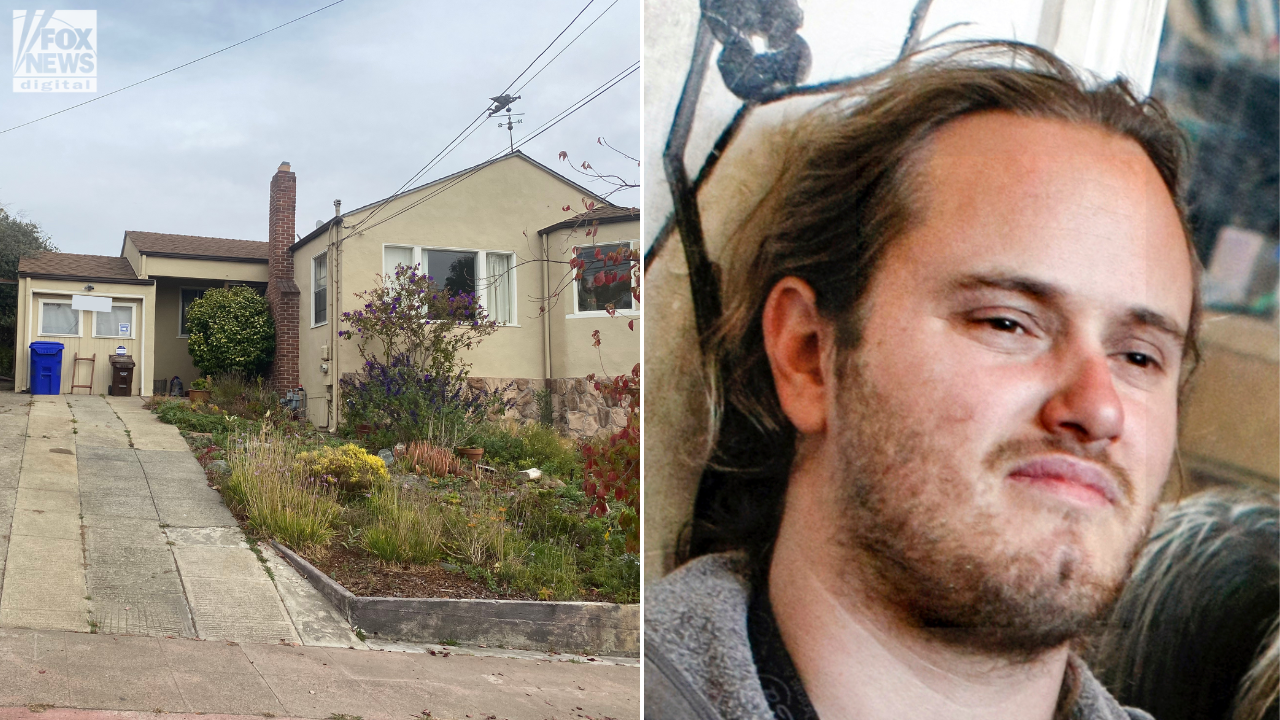 David DePape lugged a heavy black bag through San Francisco’s ritzy Pacific Heights neighborhood early Friday, stopping at the Broadway home of the country’s highest-ranking member of Congress and forcing his way inside to attack her husband, according to investigators.

A private security contractor watching a neighbor’s mansion spotted him along the way, court documents revealed Monday. But there is no mention of him doing anything about it.

But the 42-year-old Canadian made it all the way to a backdoor at House Speaker Nancy Pelosi’s multimillion-dollar home, “slammed his body through the window to gain entry” and went inside without flagging the attention of Capitol Police assigned to security there. They had live access to surveillance cameras but weren’t watching. Security is monitored more loosely when the protectee – Speaker Pelosi in this case – is away from home.

DePape climbed the stairs and snuck into the master bedroom, where Paul Pelosi, the congresswoman’s 82-year-old husband, was asleep in his pajamas, District Attorney Brooke Jenkins said during a Monday news briefing. In a bag he left outside, he had zip ties, gloves and a journal.

DePape was living in a garage in Richmond, California.
(Fox News Digital/Adam Sabes)

DePape noticed “Ring security cameras everywhere,” according to Jenkins’ office, and “was surprised when he found Mr. Pelosi still asleep after making…so much noise to gain entry.”

“She’s not here,” he replied, according to the San Francisco district attorney’s motion to detain DePape without bail. “She’s in Washington. She’s not going to be back for a couple of days.”

“OK, well, I’m going to tie you up,” the intruder stated, according to the filing.

READ THE MOTION TO DETAIN:

Pelosi tried to leave through an elevator. DePape, allegedly thinking it led to a safe room, wouldn’t let him, prosecutors wrote.

“She’s number two in line for the presidency, right?” court documents quote DePape as saying. “We’ve got to take them all out.”

Pelosi asked if he could call anyone, and DePape allegedly “ominously responded that it was the end of the road for Mr. Pelosi.”

That’s when Pelosi asked to use the bathroom – where he’d left his phone on a charger. He called 911 and turned on the speaker, explaining the situation to the dispatcher while trying not to provoke DePape, according the filing.

After Pelosi gave his name and address, DePape allegedly spoke to the dispatcher over the open line.

“My name is David,” he said, according to court documents.

Although Pelosi said he didn’t know the intruder, DePape allegedly said, “I’m a friend of theirs.”

San Francisco Police Chief William Scott publicly praised the dispatcher during a news briefing earlier this week for her handling of the unusual call. She issued an “A” priority wellbeing check on the home and officers raced to the scene, where they arrived to find Pelosi and DePape struggling over a hammer.

“I can take you out,” DePape is accused of telling Pelosi moments before police arrived.

After they did, they watched as DePape allegedly took control of the hammer, cracked Pelosi in the head and knocked him out.

“Mr. Pelosi remained unresponsive for about three minutes, waking up in a pool of his own blood,” the motion to detain continues.

During that time, police wrestled DePape to the ground.

Unprompted, according to court documents, he indicated a possible motive to responding officers and EMS.

“I’m sick of the insane f—ing level of lies coming out of Washington, D.C.,” he said, according to the filing. “I came here to have a little chat with his wife.”

DePape claimed he “didn’t really want to hurt him, but you know this was a suicide mission.”

“I told him before I attacked him, that he’s escalating things, and I will go through him if I have to,” he said, as quoted in the prosecutors’ motion.

Pelosi underwent surgery and had a fractured skull, but he is expected to make a full recovery, according to Drew Hammill, a spokesman for his wife.

The federal affidavit alleges that DePape told investigators his plan was to “kneecap” Speaker Pelosi if he caught her lying.

Police also took DePape to a hospital but declined to release information on his injuries. He spent days there before they moved him to a San Francisco jail. At his arraignment Tuesday, he appeared in court with his arm wrapped up, and his public defender Adam Lipson said he had a dislocated shoulder.

DePape pleaded not guilty to charges of attempted murder, residential burglary, assault with a deadly weapon, elder abuse, false imprisonment of an elder and threats to a public official and her family.

He’s due back in court on Nov. 4 at 9 a.m. for a bail hearing and was remanded to custody in the meantime. If convicted, he faces 13 years to life in prison.

‘He had loving parents’

Despite bouts of transience, homelessness, drug abuse and apparent mental illness, DePape grew up in a loving home Powell River, British Columbia, according to family members.

“He did not grow up in an abusive family,” his twin sister, Joanne Robinson, told Fox News Digital earlier this week. “He had loving parents.”

He left his adoptive father’s home in Canada more than 20 years ago, according to Gene DePape’s wife Teresa DePape, moving to Hawaii first and then to the Bay Area in California.

Nudist Gypsy Taub speaks with reporters after removing her clothing at the U.S. Courthouse in San Francisco, California January 17, 2013. Nudists gathered prior to a hearing on a lawsuit seeking to block implementation of San Francisco’s ban on public nudity.
(REUTERS/Robert Galbraith  )

His twin sister lived there at the time.

Around this time, according to the New York Post, DePape obtained a valid Social Security number and was working. Over the decades, however, relatives told Fox News Digital he never spoke of trying to obtain U.S. citizenship, and rarely kept in touch at all.

He overstayed his visa, according to immigration officials, and is an illegal, largley undocumented immigrant.

His sister has since moved to New Zealand and told Fox News Digital that she hasn’t spoken with her brother in about 22 years.

“We haven’t talked since we were 20,” she said. “I have been led to believe he married Oxane Taub, but cannot confirm.”

DePape moved to Berkeley, California, where he was often sighted with Oxane “Gypsy” Taub, a public nudity activist with whom he had at least two children.

David DePape, right, records the nude wedding of Gypsy Taub outside City Hall on Dec. 19, 2013, in San Francisco. DePape is accused of breaking into House Speaker Nancy Pelosi’s California home and severely beating her husband with a hammer. DePape was known in Berkeley, Calif., as a pro-nudity activist who had picketed naked at protests against local ordinances requiring people to be clothed in public.
(AP Photo/Eric Risberg)

Taub is currently behind bars for child molestation and drug charges after becoming “fixated” on a neighbor’s 14-year-old son when she was 49, according to court documents obtained by Fox News Digital.

DePape also has a criminal record, according to court documents made public Tuesday – but the details of it were not immediately clear.

In 2008, DePape surfaced alongside Taub in an Oakland Tribune news article about meals for the homeless around Thanksgiving.

Then in 2013, at a public wedding of Taub, his former fling, he was the best man and pictured recording the naked dancers with a handheld video camera.

More recently, he has been accused of embracing conspiracy theories online.

Facebook disabled DePape’s profile early Friday and declined to answer questions. At least two incoherent blogs under DePape’s name are stocked with posts from the years of 2007 and 2022 speaking of “censorship” and pedophiles while including images of Jeffrey Epstein and references to “QAnon.”

One contained calls for violence and antisemitic content. Some posts used racist expletives. It was not immediately clear that he was responsible for the content, and San Francisco police did not immediately respond to questions about DePape’s online presence.

“There has also been a lot of discussion in the media about Mr. DePape’s vulnerability to propaganda and extreme political views,” Lipson, DePape’s defense attorney, said Tuesday. “Our office will certainly be looking into those issues, but I’m unable to comment further on that because it’s so early in the process.”

Michael Ruiz is a reporter for Fox News Digital. Story tips can be sent to michael.ruiz@fox.com and on Twitter: @mikerreports