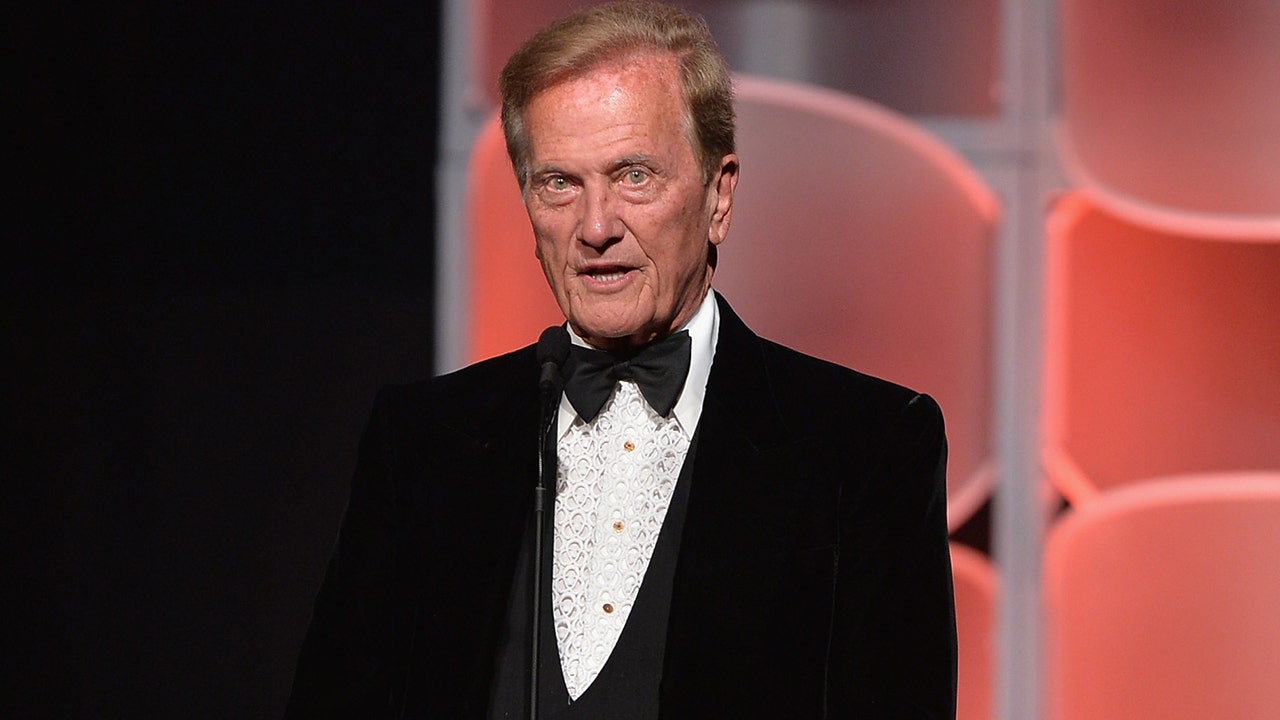 At age 87, Pat Boone is still keeping busy in Hollywood, making films on his terms.

The entertainer, who originally made his mark as a squeaky clean teen idol during the ‘50s and ‘60s, is starring as “old pro” Will Dunn in “The Mulligan,” a faith-based film that focuses on forgiveness. It tells the story of Paul McAllister (Eric Close) who seemingly had it all until his life falls apart. With the help of a golf pro (Boone), he learns important lessons on how to play a good game both on and off the course.

Boone, an avid golf player who calls rock star and “golf monster” Alice Cooper a pal, told Fox News Digital the role was “a dream of a lifetime.”

“I liked the idea of the old pro helping a young man not only with his golf but also his personal life – marriage and family,” said Boone. “That attracted me … And golf is certainly an attraction to me. I got to wear my own wardrobe. Golf teaches honor, truthfulness and fair play. No other sport does that in my opinion. It’s an uplifting film that was beautifully made. Families can watch it together.”

Boone said it takes a lot to impress him these days when it comes to taking on a new role. In leading a successful decades-long career in both music and movies, Boone said “moral values” are missing from today’s film industry.

“The film industry was a great export for America for so many years,” he explained. “We were showing America in its best light. Even though crime was dealt with – because bad things do happen in life – but almost all American movies ended with good triumphing and good people doing righteous things. Criminals were always apprehended and punished.

“But now, the whole thing is upside down. Some of the biggest films now show people getting away with the worst things. Lawbreakers are even celebrated. The criminals are becoming bigger. Heroes are doing worse things than criminals and being rewarded for it.”

“The movies being made now are immoral,” he shared. “They’ve lost their meaning.”

Boone’s criticisms weren’t just limited to films. He spoke out against “Big Mouth,” an animated puberty comedy series. Despite its TV-MA rating, Boone said it’s likely children would easily stream it on Netflix. A group on CitizenGo previously organized an online petition against the series, calling it “vulgar” and saying it “sexualizes adolescence.”

Autograph-hungry fans besiege American singer Pat Boone. The entertainer was a teen idol during the ‘50s and ’60s.
(Getty Images)

“And it’s not just on streaming services,” he added. “On television, you can hear all sorts of swear words. Nothing short of actual pornography is celebrated on television now. I don’t know how to put it strongly enough, but I just think the film industry is committing suicide. It’s killing itself as far as I’m concerned. America’s image is being destroyed. High ratings have become more important these days. We used to try to put our best foot forward. Sure, people can criticize those films today and call them unrealistic, but we were being altruistic. We wanted to present people in the best light. Now, we’re just taking pleasure in profit, presenting people in the worst light and celebrating it.”

Boone noted that even early on in his career, he was determined to stay true to his Christian values. As a young actor, Boone risked suspension because he refused to do a film that starred Marilyn Monroe.

But he insisted that it wasn’t because he would be working alongside Hollywood’s most iconic sex symbol.

“I would have loved to do a movie with Marilyn Monroe,” he clarified. “We were both under contract at 20th Century Fox. But I just thought it was an immoral story in which a younger guy gets involved with a still beautiful, but slightly over-the-hill cabaret performer played by Marilyn Monroe. He’s just a college kid, and she’s much older. She was lonely. She allows herself to have an affair with him, breaks his heart and then leaves him. It’s supposed to be a bittersweet memory. No harm, no foul.

“But the story just didn’t sit right with me,” he addded. “I remember Buddy Adler, the head of 20th Century Fox, said to me, ‘You’re under a seven-year contract. We could suspend you. And if we suspend you, the musician’s union may cooperate with us. You’ll be through from recording. You won’t be able to record for movies. You won’t be on television either.’

“We had a couple of tense meetings in his office. I finally said, ‘Mr. Adler, you do what you have to do. But I’ve got to follow my own conscious. I’ve got millions of teenage fans. I’d love to make a movie with Marilyn Monroe, but I can’t make this immoral story. Teenage fans will undoubtedly get the wrong message and think it’s OK to have an illicit affair. … I just can’t do it.”

Monroe died in 1962 at age 36 from a barbiturate overdose. Casting moved forward, and “The Stripper” was released in 1963 starring Joanne Woodward and Richard Beymer. According to Boone, the film was “a terrible flop,” and the studio lost money.

“A teacher once told me, ‘It’s always right to do right, and it’s always wrong to do wrong.’ It sounds so simple, but that’s one of the lessons I still try to follow, even in my career,” said Boone. “It was a moral lesson. I’ve turned down songs with lyrics that I just couldn’t sing. It just didn’t feel right for me to do. The same thing applies to movies and television. My form of entertainment has made me who I am. I’m not about to change that now.”

Still, Boone said he remains hopeful that filmmakers will want to continue sharing positive stories that align with his beliefs. He currently has several projects in the works.

“I’m still getting scripts,” said Boone. “I think the word is out in Hollywood – if you have a role for an 80-year-old who still remembers his lines, get Pat Boone!”

“People want me to portray the older guy now, but I’m enjoying playing the good guy with morals,” he shared. “I just want to do good in my profession and not succumb to anything. I’m not scrapping my moral code for the box office.”