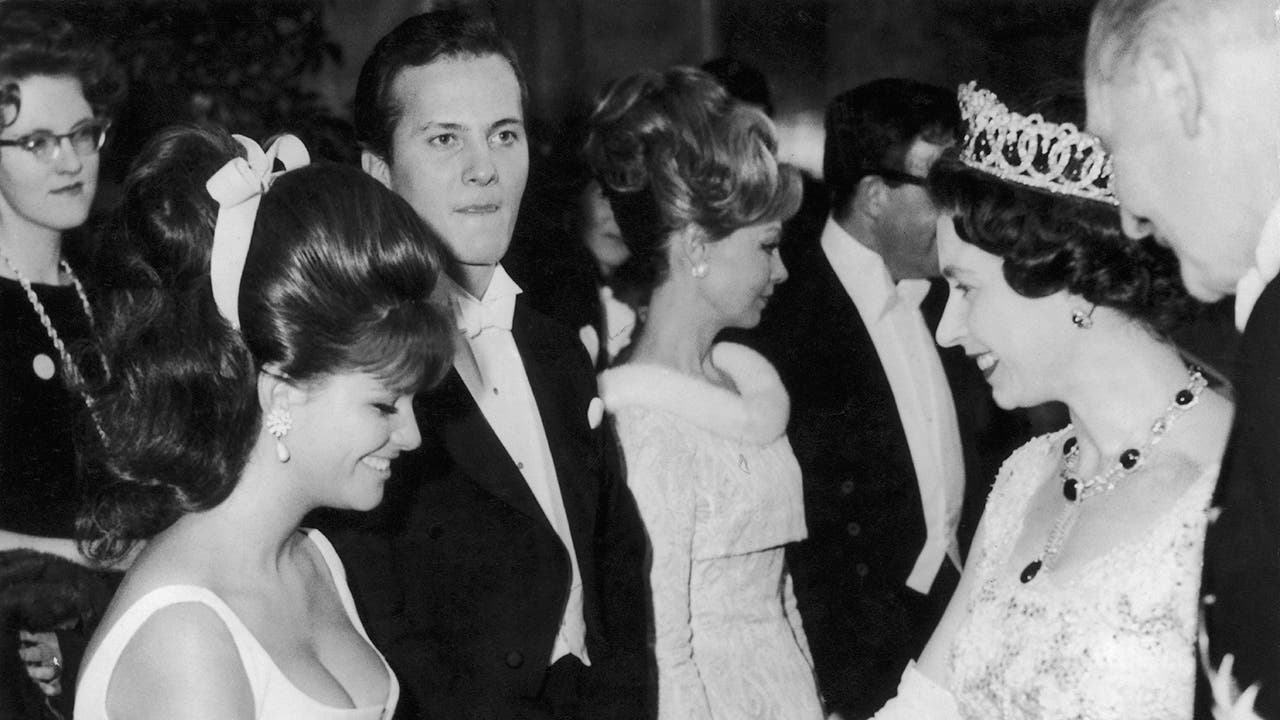 Pat Boone cringes whenever he thinks about his second meeting with Queen Elizabeth II.

It was 1962 and the former teen idol was in London for the Royal Film Performance, where he was face to face with the reigning monarch. While the star previously headlined a royal command performance for the queen in 1958, he was still a nervous wreck.

“That was the most embarrassing moment of my life,” the 87-year-old recalled to Fox News Digital. “I didn’t expect her to remember that we had met before. I just assumed she would have forgotten because she’s already had so many command performances since I first met her. But there I was in a long line with Peter Sellers, Claudia Cardinale and Dany Robin.”

“Here comes the queen down the aisle – it was like running the gauntlet,” he shared. “She was making quick pleasantries with people, some of whom she knew, some she didn’t. But they all entertained her and the family. I just knew to bow my head as she stood in front of me, say, ‘Your Majesty,’ and wait for her to extend her hand. I was not to extend mine, but if she extended hers, I could take her hand and answer whatever she wanted. But I had gotten a little fluttery, a little nervous, as she stood in front of me.”

Claudia Cardinale is seen shaking hands with Queen Elizabeth II at the Royal Film Performance in London on Feb. 26, 1962. Behind her is Pat Boone, Dany Robin and Peter Sellers.
(Keystone-France/Gamma-Keystone via Getty Images)

According to Boone, he bowed his head and looked up at the queen. She then declared, “We’ve met before.”

“I just blurted out, ‘We did?!'” Boone chuckled. “What I meant to say was, ‘You remember that?’ But that’s how it came out. It was so embarrassing. Here was the queen of England reminding you that you’ve met before and your response was, ‘Really? When was that?’”

Boone said he was grateful for the royal’s sense of humor. He noted the queen laughed at his response.

“Of course, I corrected myself,” he said. “I said, ‘I didn’t think you’d remember.’ She said, ‘Of course, of course, I do.’ She even referred back to that first meeting. I thought maybe she’d been briefed, but she did remember. Princess Margaret, in particular, was a real fan. And I guess the queen mother was in tune with what was going on in the music world to some extent. So that picture from that moment captures the most embarrassing moment of my life! What could be more embarrassing than the queen of England reminding you that you’ve met before and your response is ‘Really?’”

Pat Boone flaunts his top hat, white tie and tails in New York, on Oct. 30, 1958, as he was gearing up for a trip to London to headline a royal command performance for Queen Elizabeth II.
(Getty Images)

Boone recalled his first performance for the queen, 96, which involved a rock ‘n’ roll version of “St. Louis Blues.” At the time, Boone told the press he wouldn’t wear his white buckskin shoes, which were his trademark, along with his suit.

“I was still a college kid making rock ‘n’ roll records,” he said. “I had a royal command performance at the Palladium. I met with the queen, Princess Margaret, Prince Philip – the whole royal family. They were so lovely to me, but it was such a nerve-wracking thing for me to do, meet the queen of England at such a young age. And despite what I said the second time, I do remember that moment!”

The entertainer, who originally made his mark as a squeaky clean teen idol during the ‘50s and ‘60s, is now starring as “old pro” Will Dunn in “The Mulligan,” a faith-based film that focuses on forgiveness. It tells the story of Paul McAllister (Eric Close) who seemingly had it all until his life falls apart. With the help of a golf pro (Boone), he learns important lessons on how to play a good game both on and off the course.

Boone previously told Fox News Digital he remains hopeful that filmmakers will want to continue sharing positive stories that align with his beliefs. He currently has several projects in the works.

“I’m still getting scripts,” said Boone. “I think the word is out in Hollywood – if you have a role for an 80-year-old who still remembers his lines, get Pat Boone!”

“People want me to portray the older guy now, but I’m enjoying playing the good guy with morals,” he shared. “I just want to do good in my profession and not succumb to anything. I’m not scrapping my moral code for the box office.”