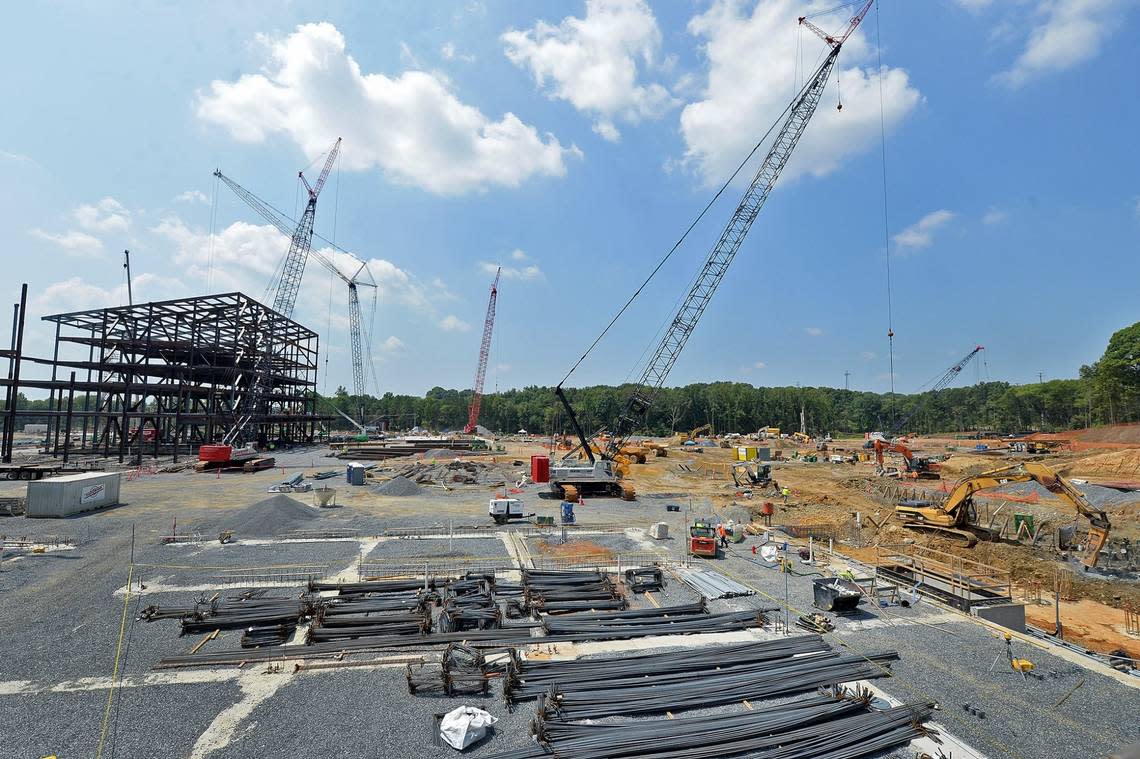 The Carolina Panthers are terminating their contract with the city of Rock Hill over the construction of the NFL team’s new headquarters.

Last month, Tepper Sports & Entertainment, which represents the Charlotte-based NFL team, stopped construction on the 240-acre property because of a disagreement between the city and the company.

Tepper Sports said in a statement in March that Rock Hill has been “unable to contribute the agreed upon investment to fund the construction,” of the project. However, the city has insisted it has.

“On March 18, 2022, GTRE issued a default notice and the City did not cure its default within the prescribed 30-day cure period. It is unfortunate that some recently decided to conduct a misguided, destructive public relations campaign to obscure their failures.

“We have sent notices to the City to formally terminate the previous agreements. Accordingly, we are prepared to sit down with the City and other interested parties to discuss the significant challenges ahead.”

York County presented an alternative financial package to salvage the project. Under the county’s resolution, the Panthers would have received incentives for four decades in exchange for completing $225 million of public infrastructure at the site.

South Carolina promised $115 million in tax breaks to the Carolina Panthers, which planned to bring 150 employees to Rock Hill from Charlotte.

However, those incentives would only be awarded to the team if the project was completed by the end of 2024 and the jobs came.

The state however started work on a $40 million Interstate 77 interchange project to serve the practice facility. State officials plan to complete the project because it still can serve economic development in the area.

Team plans for the site included a more than 620,000-square-foot headquarters facility and 113,000-square-foot outdoor multipurpose stadium with 5,000 seats. The indoor practice site, with 500 seats, was envisioned with capabilities to host community events in addition to team functions.

This is a developing story.