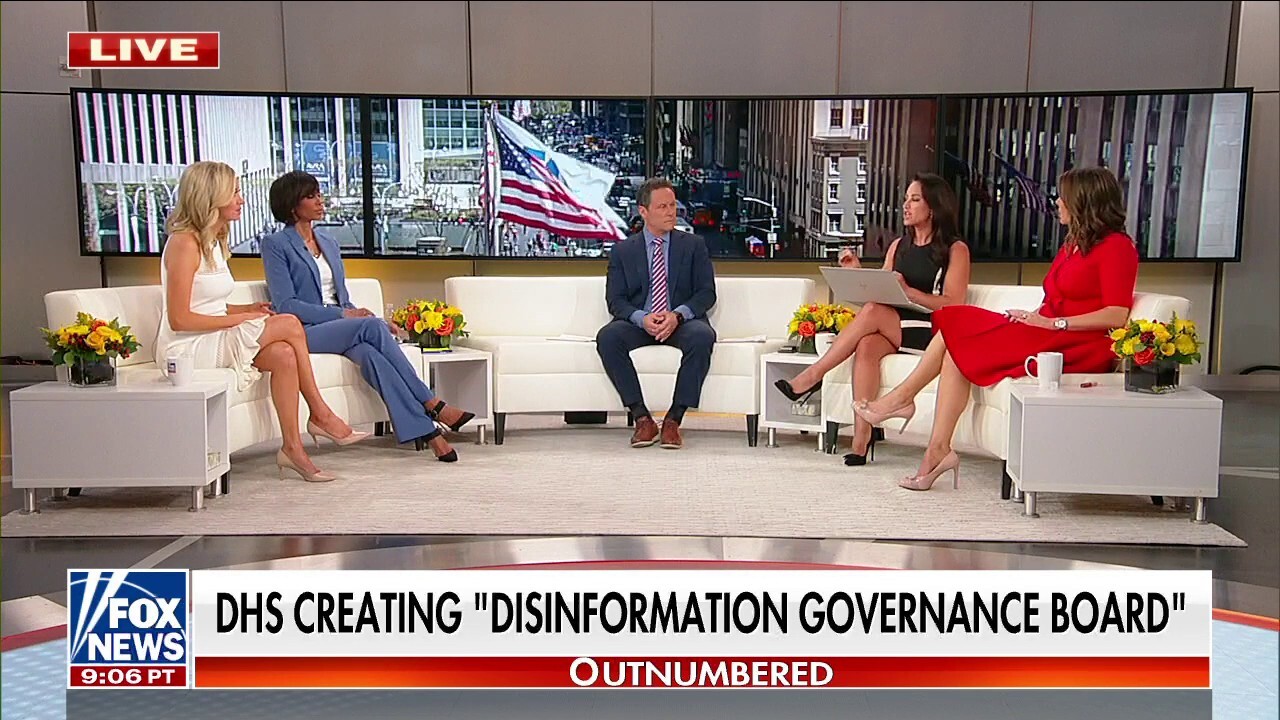 ‘Outnumbered’ panelists weigh in after the Biden administration named Nina Jankowicz, who previously claimed Hunter Biden’s laptop was a ‘Russian influence op,’ as the head of the board of DHS’s new disinformation governance board.

Critics have taken sharp aim at the Biden administration for the creation of a new “Disinformation Governance Board” slated to combat misinformation ahead of the 2022 midterm elections.

The board, which will be a faction of the Department of Homeland Security, is set to be headed by Nina Jankowicz, a Russian disinformation expert who referred to Hunter Biden’s laptop as a “Trump campaign product.”

On “Outnumbered” Thursday, co-host Kayleigh McEnany compared the creation of the board to “1984” while panelist Morgan Ortagus questioned its constitutionality.

“You cannot make this up,” McEnany said on the show.

“Fox & Friends” co-host Brian Kilmeade, who was also on the panel, criticized DHS Secretary Mayorkas for prioritizing the creation of a disinformation board over securing the southern border as Title 42 is set to be lifted.

“And now he has to know that this is the wrong person and the wrong message,” Kilmeade said of Jankowicz’s position. “I think this is something that could very well be the beginning of blowing up in their face.”

Co-host Harris Faulkner called Jankowicz the “shiny object” that the administration is putting in front of the American people before the midterms.

Faulkner then noted the conspicuous timing that the disinformation board was announced in the days following Elon Musk’s purchase of Twitter, a move that leftists have claimed will negatively impact free speech.

McEnany pointed out the concerns that arise from having the government involved in monitoring disinformation.

Former State Department spokesperson Ortagus said she does not believe the board would hold up in court under the authority of the Department of Homeland Security, which was created after 9/11 to centralize national security operations and protect from international threats.

“And now unelected bureaucrats are going to supposedly protect Americans from themselves? These are political appointees that are running amok,” Ortagus said, calling for close oversight from Congress.

“I don’t think it’s constitutional to even set up this board,” she concluded. “I don’t think DHS has the authority under their mandate.”