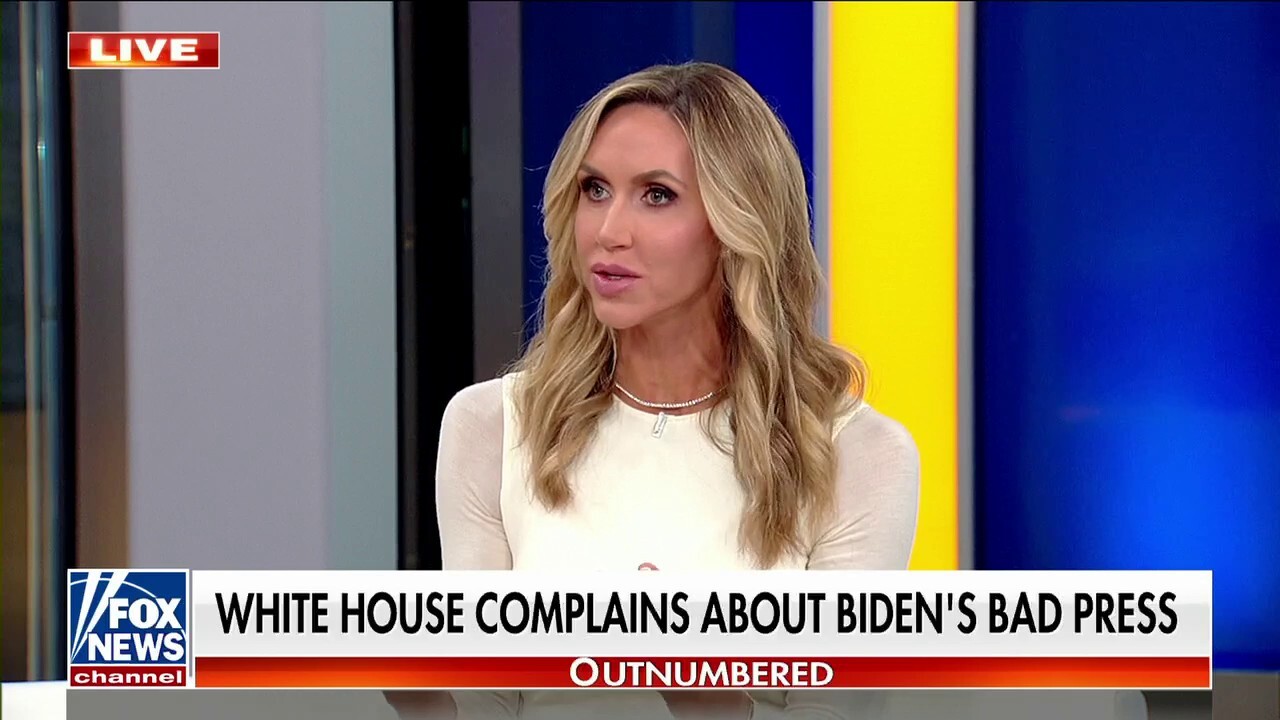 “Outnumbered” panelists took aim at President Biden following reports that he and the White House are unhappy with the media’s coverage of his performance in office. The administration’s complaints, Lara Trump said, are hard to take seriously.

White House communications director Kate Bedingfield said in a recent interview that the press doesn’t “get” the president and won’t give him a “fair shake.”

“There has been a fundamental disbelief, particularly among the D.C., east coast press corps, in Biden’s vision, in his strategy, in his tactics, in his ability to do the things that he said he would do,” Bedingfield said.

Guy Benson, a Fox News contributor and host of “The Guy Benson Show,” noted that the White House is “whining” about coverage by an overwhelmingly progressive press corps.

“If you are a Democrat in office and you are complaining about how unfair the news media is to you, you are losing,” he told the panel Thursday.

“If you have that kind of home field advantage with the press and you still feel like it’s just so unfair to you, I think that that is a much bigger revelation about your political fortunes than anything else.”

Lara Trump noted that Biden has largely failed to have candid and unscripted conversations with reporters, which may be sparking some of the criticism.

President Biden has held only 17 press conferences since taking office, less than half of what both of his predecessors had hosted at the same point in their presidencies.

“It is never in a really serious setting where reporters get to ask questions and he answers them and they have a discussion about the real issues Americans are facing,” she said.

“Imagine for one moment they treated Joe Biden for 30 seconds like they treated Donald Trump,” Lara Trump said. “They baby Joe Biden unlike anything I have ever seen before. It is actually amazing.”

“Outnumbered” co-host Emily Compagno said Biden’s attitude toward reporters who ask about serious issues like inflation is “frightening” and “exhausting.”

“He refuses to acknowledge or answer all the questions we have about security and inflation and the southern border,” she said.

“No, in fact, he’ll just call our reporters and Peter Doocy an ‘S.O.B.’ He’ll call a college student who dared to ask a question a ‘dog-faced pony soldier.’ It goes on. That’s who’s in charge. That’s this America under his watch.”

Amy Nelson is a producer with Fox News Digital.