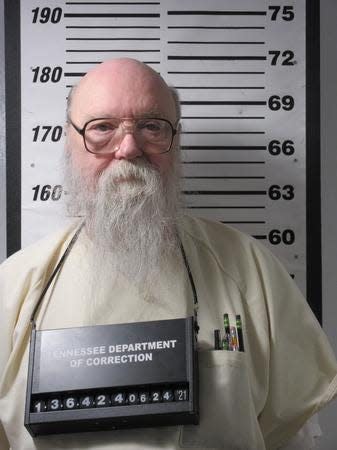 The meal will be delivered to him Thursday, TDOC spokesperson Dorinda Carter said. Death row inmates typically get $20 toward a special meal before they are executed.

Smith was moved out of his cell on death row late Monday night and into a cell next to the execution chamber for a three-day period known as “death watch.”

During deathwatch, the 72 hours leading up to an execution, “strict guidelines are implemented to maintain the security and control of the offender and to maintain safe and orderly operations of the prison,” according to TDOC.

Their brutal deaths took place inside a home on Lutie Court in Nashville’s Woodbine neighborhood.

Smith, a former machinist from Robertson County, shot his estranged wife in the neck then stabbed her several times. He shot her eldest son in the left eye and then in the upper chest and left torso. Her younger son was stabbed in the neck and abdomen.

Smith has denied his involvement in the killings.

Gov. Bill Lee announced Tuesday he would not intervene to stop the execution.

“After thorough consideration of Oscar Smith’s request for clemency and an extensive review of the case, the State of Tennessee’s sentence will stand, and I will not be intervening,” Lee wrote in an emailed statement.

He is one of six prisoners scheduled to be executed by the state this year.

Natalie Neysa Alund is based in Nashville at The Tennessean and covers breaking news across the South for the USA TODAY Network. Reach her at nalund@tennessean.com and follow her on Twitter @nataliealund.

This article originally appeared on Nashville Tennessean: Oscar Franklin Smith: What he has chose for his last meal