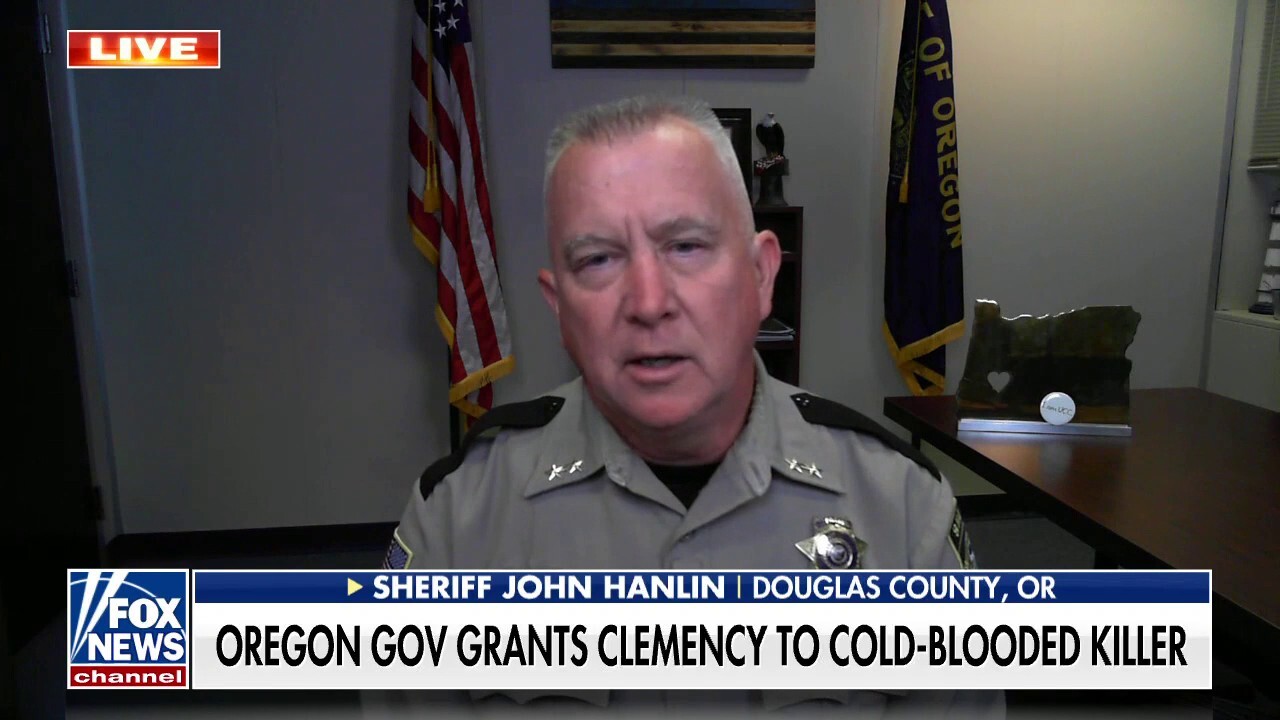 An Oregon sheriff said Friday he is “absolutely disgusted” by Governor Kate Brown’s decision to grant clemency to a man who was convicted of an execution-style killing of a teenage girl in 1994.

Kyle Hedquist, at 17 years old, shot 19-year-old Nikki Thrasher in the back of the head and dumped her body along a remote road over fears she would turn him in to law enforcement for his involvement in a number of burglaries.

Governor Brown, a Democrat, defended her decision, saying, “Teenagers, even those who have committed terrible crimes, have a unique capacity for growth and change.” She went on to state her belief that young people can turn their lives around with the proper support.

PROGRESSIVE OREGON GOVERNOR SLAMMED FOR CLEMENCY PUSH BY FAMILIES OF MURDER VICTIMS: ‘NOT HOW THE LAW WORKS’

“He carried out a very calculated, cold-blooded, execution-style murder.”

Hanlin told host Carley Shimkus that he is appalled that Hedquist, now 45, will be granted clemency and contended that he was actually 18 years old when he murdered Thrasher, which would make him a legal adult at the time the crime was committed.

Brown faces a range of criticism for her decision, including for her soft-on-crime approach and her failure to inform Nikki Thrasher’s mother of Hedquist’s clemency.

“Very frustrating,” Hanlin said. “The parole and probation nor the governor reached out and informed her that Hedquist was going to be released.”

Despite being from Douglas County, Hedquist will not be allowed to live in the area. Hanlin said the Department of Parole and Probation didn’t find a place to safely house Hedquist that would also allow law enforcement to adequately protect the community.