Opinion: Why the world fails on the ‘Never again’ pledge 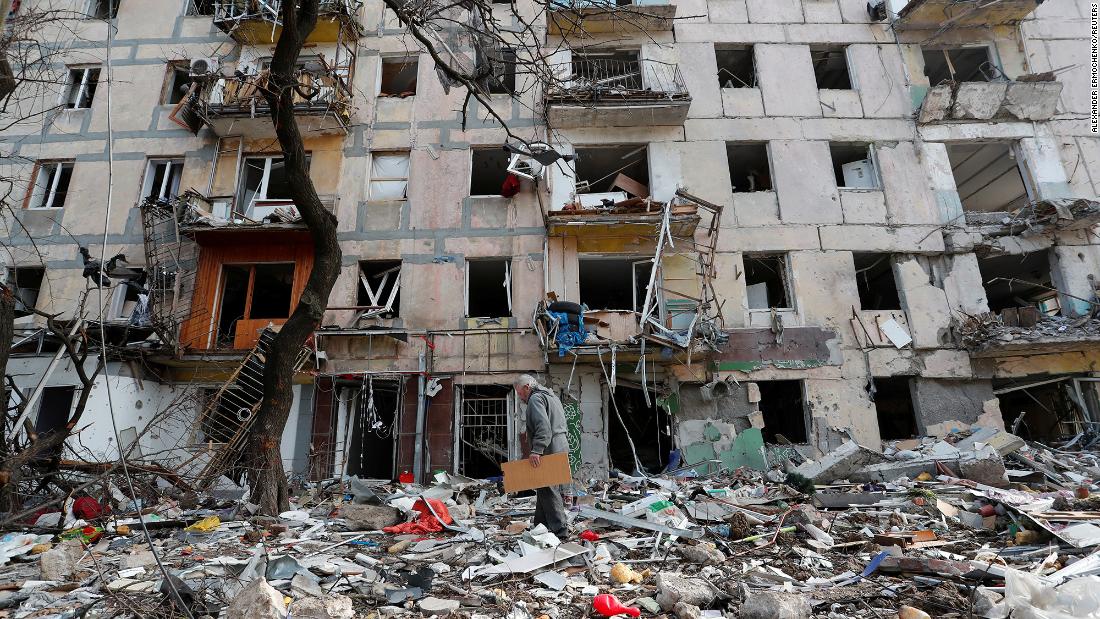 The straight-talking Zelensky, who has named and shamed governments around the world for their lack of support of Ukraine, could be forgiven for his blunt answer.

The international community has failed to intercede to stop mass killings, let alone genocide — from the Turkish genocide against Armenians to the Nazi Holocaust to Cambodia to Rwanda to Darfur and to Syria, among others. And when interventions have occurred, such as in Bosnia, they have been late and insufficient. It’s long past time we level with ourselves about how little we have done and are prepared to do. Sadly, “Never again” has become “Ever, ever again.”

“Never again” is neither a formal government policy nor an internationally binding obligation. The origins of the phrase are somewhat obscure — unlike the term genocide, coined in 1944 by Raphael Lemkin, a Jewish lawyer from Poland, trying to describe Nazi extermination efforts and eventually helping to create the United Nations-approved Convention on the Prevention and Punishment of the Crime of Genocide four years later.
Some trace “Never again” to Hebrew poet Isaac Lambdan’s “Masada.” The militant Rabbi Meir Kahane popularized the phrase in the context of Jews fighting back against anti-Semitism and justifying violence to do so. Today it’s deployed either in the context of guarding against the complacency of allowing another Holocaust against Jews or in a more universal manner to stop genocide and mass killings wherever they may occur.

Whatever the precise intent of the phrase, the meaning of “Never again” is not simply to remember the Nazi Holocaust and make the world aware of the potential for other genocides. It implies action.

And while words can carry tremendous power, the gap between rhetoric and action by the United States has been Grand Canyon-like in scale.

These are President Jimmy Carter’s words on the occasion of receiving a report from the President’s Commission on the Holocaust in 1979: “Never again will the world stand silent, never again will the world look the other way.” Still the Khmer Rouge carried out the extermination of 2 million Cambodians during Carter’s term. Washington had no appetite for reengagement in Southeast Asia following the disastrous campaign in Vietnam.
And here is President Bill Clinton, speaking to survivors of the Rwandan genocide in 1998: “We must have global vigilance. And never again must we be shy in the face of the evidence.”
Those words came four years after the slaughter of 800,000 Rwandan Tutsis and moderate Hutus by Hutu extremists. But whatever the reason for the absence of a concerted effort to stop the killing, it was surely not for lack of information on the ground, Samantha Power, former US ambassador to the United Nations, has argued.
And then President Barack Obama made the following remarks as the guest of honor at a dinner sponsored by the Shoah Foundation in 2014. “The voices of those recorded and unrecorded — those who survived and those who perished — call upon us, implore us, and challenge us to turn ‘Never Forget’ into ‘Never Again.’ “
Obama’s comments came during the Syrian conflict, which would claim as many as a half-million dead and create the largest refugee flow since World War II’s end until Ukraine.

And yet Obama, like so many of his predecessors, was reluctant to involve the United States in any serious effort to prevent mass killings. Indeed, Democratic administrations were not the only ones to ignore mass killings and genocide.

Republican Presidents also failed to distinguish themselves on this issue. In the early 1970s, the Nixon administration — in an effort to facilitate Pakistan’s help in the President’s opening to China — turned a blind eye to the military’s slaughter of hundreds of thousands of Bengalis.
In 1988, after Iraqi leader Saddam Hussein’s gassing of thousands of Kurds at Halabja, the Reagan administration — then supporting Iraq in its war against Iran — refused to support legislation imposing sanctions on Hussein. George H.W. Bush, having called on the Kurds to overthrow Hussein, initially failed to follow through with military force to protect them.
And while the second Bush administration invaded Iraq and liberated the country from the grip of a brutal dictator, the US invasion led to years of fighting and the deaths of hundreds of thousands of Iraqis.

The US record on humanitarian intervention to stop or prevent mass killings is consistent with that of the international community. Nations naturally follow their own interests; even in this globalized world, mass killings happen in faraway places and generally don’t involve vital US interests. They often occur in the context of civil wars or internal disruptions in which the United States is reluctant or downright opposed to intervene.

Moral and ethical considerations rarely figure in a President’s calculations, especially when the public is not all that concerned and the issue on the table is military intervention. But make no mistake — once atrocities begin, sanctions, tough rhetoric or political isolation will not work. If you want to stop mass killings, use of force is the only effective action.

Ukraine provides the perfect example. On one hand, Russia’s brutal and savage campaign against civilians offers a rare example of moral clarity — good vs. evil, right vs. wrong.

On the other, sanctions (so far) have neither preempted President Vladimir Putin’s decision to invade nor dissuaded him from pursuing the Russian way of war — massive artillery and missile attacks on the civilian population and the barbarity of Russian troops and mercenaries committing atrocities.

Indeed, the real deterrent against any military intervention is the understandable fear of war with Russia and an escalatory cycle that could lead to use of nuclear weapons.

The limits of “Never again” are playing out once more in real time. Even given his large conscience, good heart and deep sense of empathy, President Joe Biden has discovered no good options exist to stop mass killings or genocide.

Calling Putin a war criminal, applying more sanctions or even making a feel-good presidential trip to Kyiv to boost Ukrainian morale won’t stop the killing, though a total embargo on Russian oil and gas might create pressure on Putin to end the war.

The only conceivable way will be to do everything possible — politically and economically — to help Ukraine resist Russia and end this war so that it survives and continues to exist as a free nation. Power was right to describe genocide as “A Problem From Hell.” And tragically, there’s little doubt that problem — without an easy solution — is upon us once again.