Opinion: Why it’s time to stop privileging marriage in America 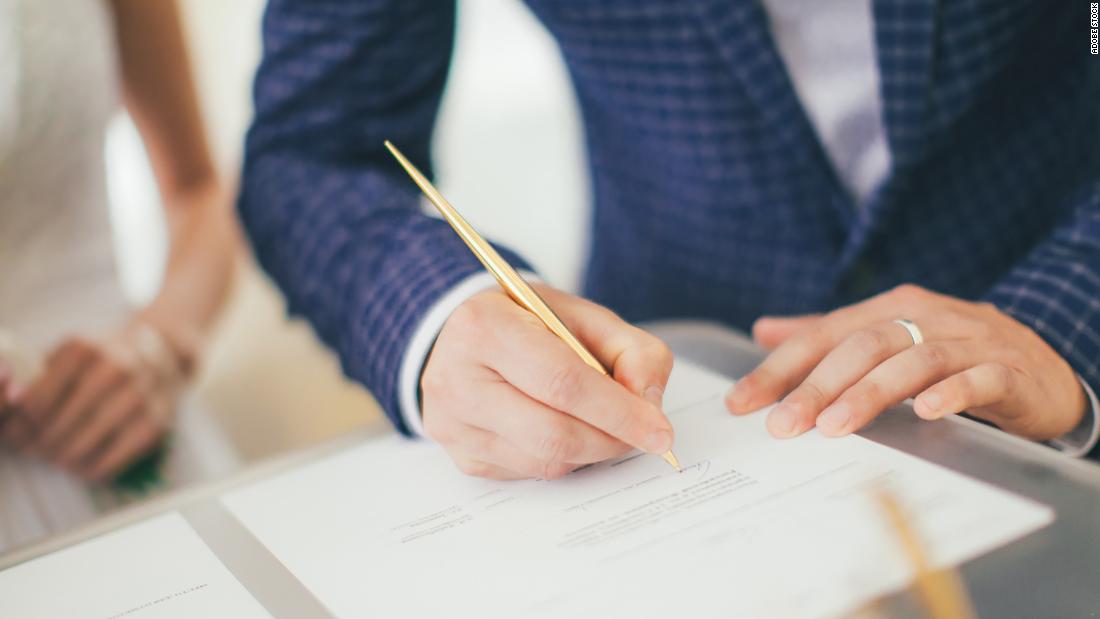 Some of this is just math: Households with two adults in them have more resources. They will be able to split the cost of rent and groceries and more easily qualify for a mortgage or save for a down payment on a house.

But some of it is also about the privileges the US continues to bestow on married couples, and the ways in which our workplaces, norms and expectations have not significantly shifted since the era of the patriarchal nuclear family, with a dad out earning the bread and a mom at home raising children — even as our families and our lives have radically changed. America in 2022 is not the America of 1952, and if we want to narrow the gap between singles and marrieds — if we want to make sure all people can thrive, whether they’ve tied the knot or not — we need our government and our workplaces to leap into the 21st century and create policies and spaces that support a diversity of individuals and families.

Marriage tends to shrink one’s social universe, bringing down the cost of living. I certainly spent far more as a young single woman living in an expensive city on things like dates, drinks out, dinners with friends, concerts, events and even clothes and makeup than I do now as a person who spends many more evenings at home with my husband.

And marriage can be a safety net: An emergency expense that might turn into a large credit card balance for a single person is more likely to be shared by a couple and taken care of more quickly (and with less interest). The Wall Street Journal write up of this new data includes a similar anecdote: a woman with a steady income was able to help pay off her husband’s credit card debt, from what they jokingly called “the wifey bank.” Marrying also doubles any individual’s chances that someone in their extended family may have wealth to share, a dynamic that occasionally appears in newspaper real estate sections in articles about couples buying their first home thanks to a gift from someone’s parents. And for men at least, marriage means a pay bump: married men make more on average than married women or single people of any sex.
Some of the disparity is demographics. People are less likely to marry than ever, and are getting married later than ever — and according to Pew Research Center analysis of Census Bureau data, Americans who are college-educated and affluent are more likely to marry than Americans who are working-class or have a high school degree or less. Americans who are White or Asian are more likely to marry than those who are Black or Hispanic; wealth in the US also remains distributed along these same racial lines.
This all makes for a larger pool of singles, particularly on the younger end of the age spectrum, many of whom are more likely to be from families who lack the generational wealth disproportionately held by Whites. Within that same group of singles, the youngest are just starting out in their careers and the oldest are less likely to have a college degree, putting this group at a particular disadvantage. Singles who are already less educated and lower income are also much likelier to have children than singles with a college degree and tend to have them younger, which pushes them further down the economic ladder.

The 25-to-34-year-olds who are married skew older and therefore more professionally established and better-compensated, as well as Whiter, better-educated and less likely to have become parents early or while single — all of which means a financial leg up in addition to the financial benefits of two incomes and pooled resources.

Some of the massive gap between marrieds and singles, in other words, is less about marriage itself and more about who is now the most likely to marry, when in their lives they do so and what contributed to that choice.

Being married provides a slew of advantages, from tax breaks to Social Security benefits to health insurance. While any committed partner may offer a safety net, commitment alone doesn’t automatically allow you to file your taxes jointly, inherit part of your partner’s Social Security benefits and other money and property if they die, easily get on your partner’s health insurance or make medical decisions for them if they are unable to (and have them make medical decisions for you).

None of this needs to be attached to marriage. The government could institute a series of mechanisms to allow any individual to, with a few clicks on a website, designate a health proxy and a beneficiary of their estate and benefits; the US could certainly divorce health insurance from employment, making health care a basic right rather than a privilege. We could end the marriage penalty for welfare recipients, which effectively cuts much-needed benefits if struggling people get married.
And we could simply provide more generous benefits to singles, and to single parents in particular. Affordable housing is a crisis the nation over; while a couple may be able to split the astounding $5,000 a month it now takes to rent the average apartment in Manhattan, even a very affluent single person will struggle to pay that much. Even outside of hugely expensive cities, it’s hard to imagine how a single twenty-something mom working for the paltry US minimum wage of $7.25 an hour can afford the median rent for available apartments in the US, which is now more than $2,000 a month.
If you want to know why more young adults are living with their parents than at any time since the Great Depression, the fact that there’s often nowhere affordable for them to live is certainly part of the story. Another factor: the fact that the federal minimum wage would be more than $12 an hour if it kept up with inflation and $26 an hour if it had kept up with productivity.
Single mothers are also the chief victims of America’s bizarre work culture. The US is one of the few prosperous and developed nations on earth where new mothers (and fathers) are not entitled to paid leave. Unlike in our peer nations, where governments routinely support care centers for young kids, childcare in the US remains something parents largely have to cobble together themselves. We have just seen how this works out when the US policy of “rely on mom” breaks down: Women were pushed out of the workforce en masse during Covid, and the losses were borne disproportionately by single moms of color.

No wonder, given this landscape of policies and employer choices, singles are so much poorer than marrieds.

None of this is a foregone conclusion. Americans are increasingly structuring their lives and families in a wide diversity of ways, from long-term singledom to single parenthood to cohabitation to intergenerational living to polyamory to building intentional communities of adults and children who help each other out.

A good, loving marriage is a wonderful thing; it’s also a reward unto itself. A better policy landscape would stop privileging marriage and instead extend support where it’s actually needed.