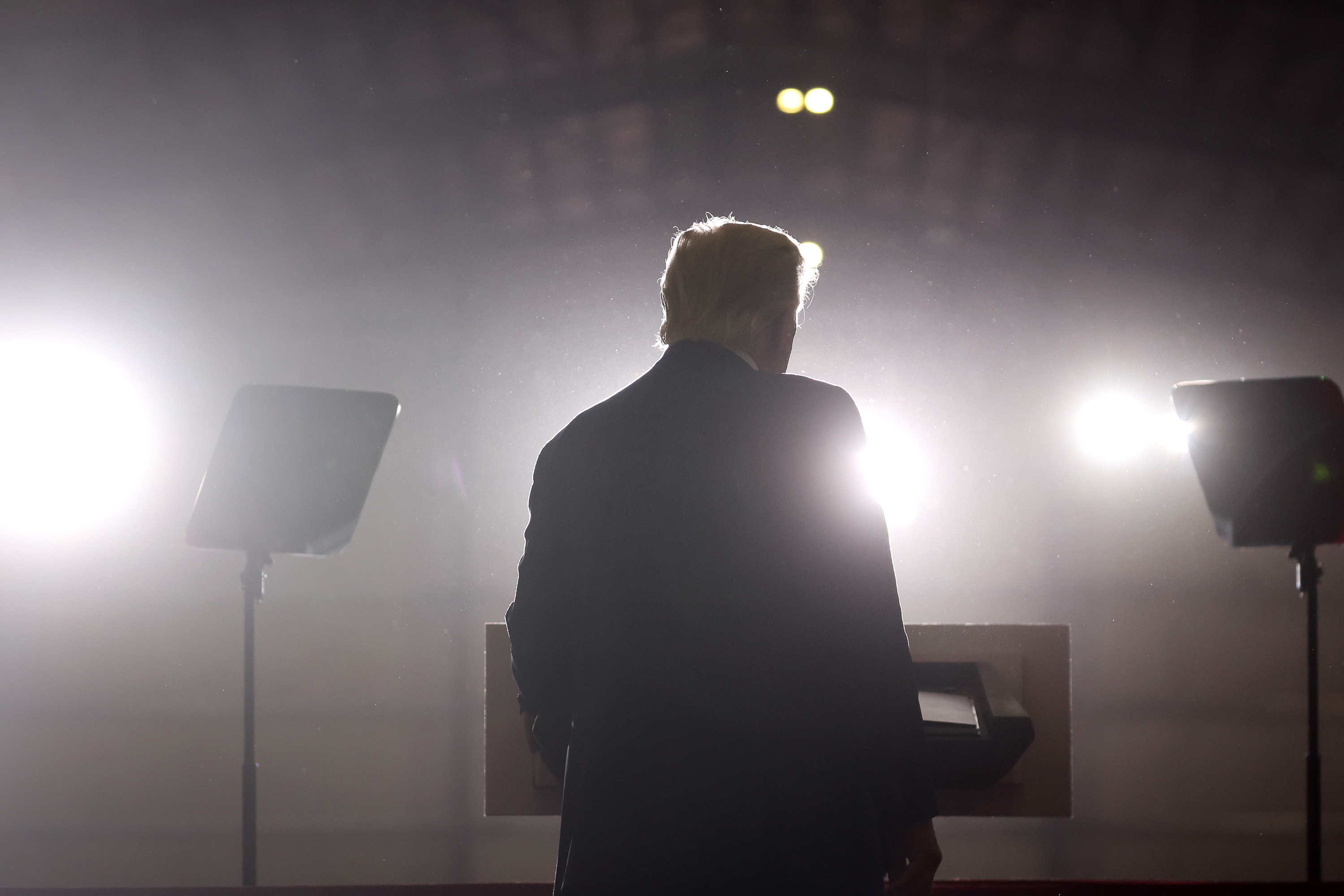 If we look closely at the so-called guardrails that are supposed to deter malfeasance by presidents, we realize quickly that they are, for all practical purposes, not there at all. Let’s take them one by one.

The 25th Amendment: Confronted with a rogue president, officials within the executive branch might seek to invoke the 25th Amendment to wrest power away from their boss, as former Deputy Attorney General Rod Rosenstein reportedly considered at some point during the Trump era. But that amendment has never been used as a sort of mutiny provision. Ushered in after the assassination of President John F. Kennedy in 1963, it was ostensibly meant to kick in if a president is physically incapacitated, not criminally inclined. Moreover, the 25th Amendment is procedurally clunky, requiring the vice president and a majority of the president’s Cabinet to agree that a president is unfit. The president is also allowed to send a counter-declaration to Congress, setting up a political quagmire that would do little to halt crimes in the Oval Office.

Protest resignations: Alternatively, faithful public servants could resign in protest rather than execute an unlawful directive from a president or turn a blind eye to illegality, on the theory that public scrutiny could pressure a president to comply with the law. This is precisely what happened with President Richard Nixon’s “Saturday Night Massacre” — he terminated subordinates until someone agreed to fire the special prosecutor charged with investigating the Watergate break-in, Archibald Cox. Ultimately, his presidency collapsed. But when lead prosecutors resigned over former Attorney General William Barr’s unseemly interference in the Roger Stone sentencing, the administration paid no political price. It didn’t deter Trump from later pardoning Stone, either.

Impeachment: At the time the impeachment procedure was ratified as part of the Constitution, the framers did not have in mind the two-party system in which partisanship now rules. After the failed impeachment of President Bill Clinton and two against Trump, presidential impeachment has become a virtual dead letter. So long as there is no supermajority in Congress from the opposing political party of a sitting president, it will never work. If the Republicans retake the House and possibly even the Senate in the 2022 elections, the chances that Democrats could muster the votes to impeach Trump in the House, much less convict him in the Senate, are nonexistent.

Department of Justice: As it stands, an outdated and poorly reasoned memo from the Department of Justice’s Office of Legal Counsel advises against prosecuting sitting presidents. So long as OLC’s memo remains in place, only former presidents can be indicted. (For his part, Garland could commission a revised and updated OLC memo, which is merely an internal DOJ policy, not a law, but that would signal that he’s willing to take on Trump.) Of course, Congress could pass a law expressly permitting the prosecution of a sitting president, but for the same reason that impeachment is impossible, such legislation is equally unlikely.

The fact that the president controls the entire executive branch (and therefore all investigations by the DOJ) is why Robert Mueller likely felt constrained in bringing an obstruction charge against Trump despite supporting evidence. And it’s why the Ethics in Government Act was passed after Watergate, enabling an independent prosecutor outside the president’s chain of command. Congress could revive the act but the filibuster makes it almost impossible. It should be noted, as well, that a future president who wins a second term probably would be immunized from prosecution for crimes committed in the first several years of his term because of the general five-year statute of limitations for federal crimes.

The judicial branch: The judicial branch is not available for presidential accountability, either, because Article 3 confines its jurisdiction to cases parties must bring to the courts. Here, that party would be DOJ and the procedure would be the filing of a criminal indictment, which we know can’t happen for a sitting president because of the OLC memo. If Garland doesn’t take that step now, future presidents can mostly rest assured that they don’t have to worry about criminal liability once they’re out of office, either.

The states: Prosecutors at the state or municipal level aren’t technically bound by the OLC memo that currently hamstrings federal prosecutors. We are seeing such power in use, albeit sluggishly, in Manhattan right now. But this option assumes, first, that state and local criminal laws are coextensive with the federal criminal code. They are not. Conspiring to defraud the United States, for example, is a federal crime, prosecutable by DOJ alone. Moreover, state and local crimes require a factual connection to the state or municipality — e.g., Trump paid (or failed to pay) taxes in New York, so that locus has jurisdiction.

Finally, assuming again that a state prosecutor would overcome a president’s inevitable constitutional objection based on the OLC memo to an indictment while in office, the political ramifications for state and local prosecutors — who are often elected — are significant. A sitting president with vindictive motives could use the staggering powers of his office to chill or retaliate against a state or local prosecutor. In short, to dump the problem onto our states and cities is not a satisfactory answer to the very real possibility of a criminally active president.

Elections: During Trump’s first impeachment, while a presidential election was impending, congressional Republicans argued that the November 2020 ballot box — and not impeachment — was the appropriate remedy for perceived presidential wrongdoing. Arguably, their rhetorical gamble failed, as Trump was held “accountable” for his actions by losing the White House. But a reelected Trump would not be constitutionally eligible for a third term and thus would have no reason to fear the wrath of voters.

So where does this leave us? Presumably, most Americans want a president to act with integrity and do the right thing, but the framers understood that such wishful thinking is not enough. It’s human nature to amass, entrench and ultimately abuse power. That’s why we have a system of separated powers — three branches at the federal level, each of which checks the exercise of the others’ power, and a panoply of states with their own checking mechanisms. But as it stands, if Garland refuses to push back on the abuses of the Trump years by engaging in what would be an admittedly risky gamble to save democracy, all that stands in the way of a future presidential crime spree is, by process of elimination, a trust in future voters’ good and informed judgment —and a system of free and fair elections by which to effectuate it.