Opinion: Republicans, look across the pond and take note. Now’s the time to dump Trump 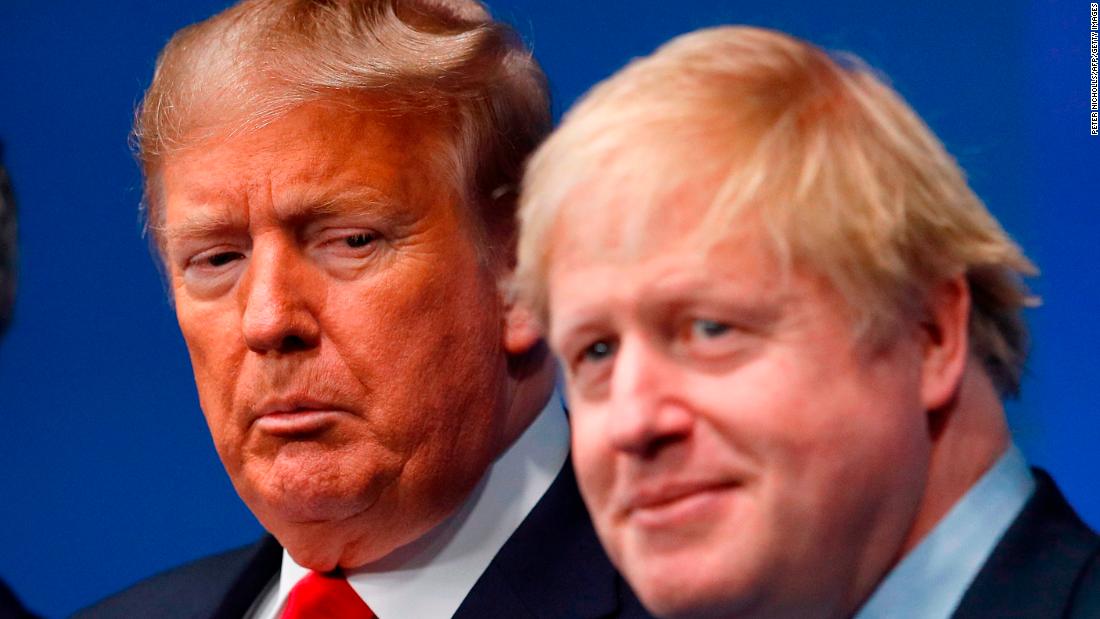 That the Tories dumping Johnson went from an unthinkable idea to an inevitable outcome should be a lesson to Republicans here in America. They, too, can bypass more political chaos by dumping Donald Trump, once and for all.

To be fair, comparisons between Johnson and Trump have always been overblown, tending to focus on the superficial (the hair) while ignoring that Johnson, while colorful, was a serious politician with considerable experience as both a member of Parliament and the mayor of a world capital. So, too, is the belief that British Conservatives and American Republicans are two peas in a pod.

But there is kinship.

The partnership between President Ronald Reagan and Prime Minister Margaret Thatcher remains a tie that binds. While they may disagree on issues like climate change or government involvement in health care, GOP members of Congress and Tory MPs often know each other, meeting in London and Washington and becoming friends and confidants with a depth and frequency that simply doesn’t happen with other European countries. It is, to use the overworked term, a special relationship.

What Tory MPs have publicly said about Johnson mirrors what so many Republican members of Congress have privately said about Trump. And as the House select committee on January 6 continues its investigation, it’s clear we will hear more evidence and testimony that will lead to more private GOP grumbling.

Which is why Republicans — whether they are brave, retiring or simply politically self-serving — can seize the moment, knowing the news about Trump could get worse as the investigations by the House committee and the Department of Justice continue.

Just as every resignation increased the pressure on Johnson to step down, every statement denouncing Trump and every call for a different presidential candidate weakens Trump’s standing in the party.

Republicans, of course, have distanced themselves from Trump twice before. In the aftermath of the infamous “Access Hollywood” tape in 2016, Speaker Paul Ryan told House Republicans he would no longer defend Trump and encouraged them to look out for their own interests. And following the attack on January 6, many Republicans who had been in the besieged Capitol laid the blame squarely on Trump.

The backlash, of course, didn’t last. But the political realities are somewhat different now — Trump is no longer in office. His ability to make news has been diminished. His endorsement record is blemished and, importantly, the overwhelming majority of Republicans are past their primaries or running in safe Congressional districts.

In his 2014 book, “The Churchill Factor,” Johnson writes that the wartime prime minister’s “prestige, his reputation, his prospects, his ego — all those things that matter to politicians — were engaged in the cause of fighting on; and this has led some historians to make the mistake that it was all about him, and not about the British interest.”

While many will see irony in those words, given Johnson’s brief attempt to cling to power for his own sake, the quote highlights the tension we often see in politicians between self interest and public interest. Trump, who made the GOP and the White House all about him and his political and financial interests, threatens to do so again in a way that could damage the GOP and revive flagging Democratic voter enthusiasm.

“At some point we have to conclude that enough is enough,” the former British Health Secretary Sajid Javid told the House of Commons hours after his resignation.

Republicans seem to have reached that conclusion before, only to reverse course. This time, however, they have an example directly in front of them, not only of how it can be done, but, crucially, that it can be done with finality. If, as Johnson said himself, “In politics, no one is remotely indispensable,” surely then that is as true of former presidents as it is sitting prime ministers.

One thought on “Opinion: Republicans, look across the pond and take note. Now’s the time to dump Trump”