Opinion: Biden is heading to the Middle East for one simple reason 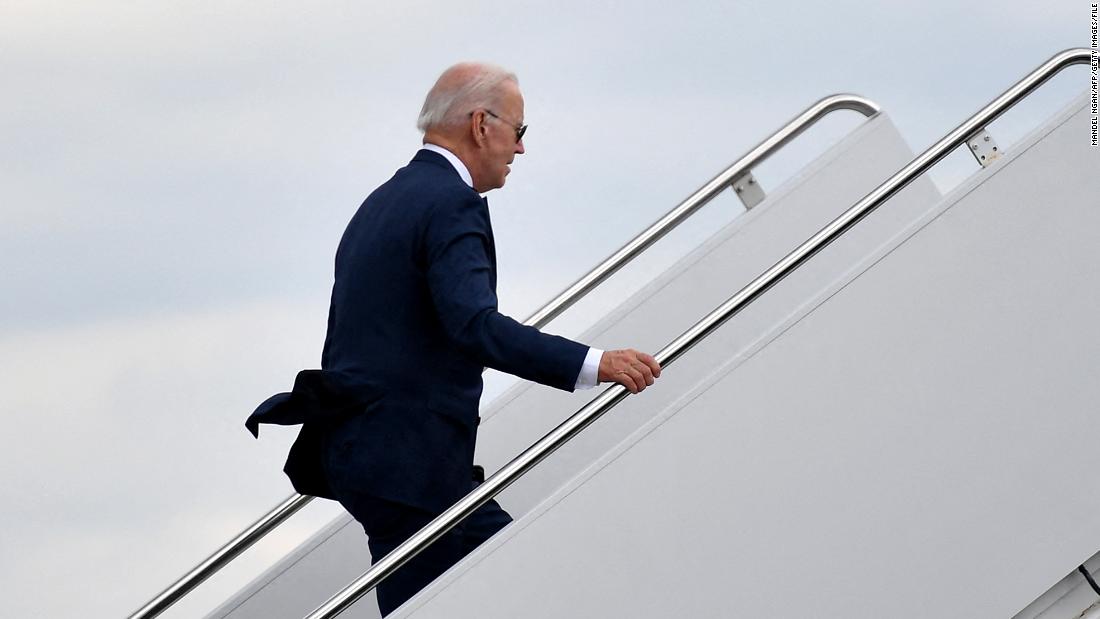 But the trip’s main focus — improving US relations with Saudi Arabia — can’t obscure the reality that, without the roiled global oil market resulting from Russia’s invasion of Ukraine, the President might not be traveling to the region at all, and certainly not to a country he once deemed a pariah nation. The President’s visit reflects less a strategic shift in administration thinking about a troubled region and more an effort at short term crisis management. Indeed, Biden will find a region filled with problems — Iran and the Israeli-Palestinian conflict — he can’t resolve and one that is wary of America’s own staying power and stability.

A stop in Israel before the midterms

The idea of a presidential visit to the Middle East began with an April phone call with then-Israeli Prime Minister Naftali Bennett in which Biden accepted an invitation to visit Israel “in coming months.”
The President had bet heavily on the Bennett government (now defunct with new elections set for November 1) and had given it wide room to maneuver on a few key issues — such as the reopening of the Jerusalem consulate and Israel’s effort to maintain good relations with Russia — all to prevent the coalition’s collapse and the return of former Prime Minister Benjamin Netanyahu, who’s currently on trial and has pleaded not guilty to one charge of bribery and three charges of fraud and breach of trust. Indeed, Netanyahu has always preferred Republicans to Democrats, blatantly intervening in US domestic politics and collaborating with them to oppose US policies, especially on Iran.
Biden seemed determined to avoid the tensions between his former boss President Barack Obama and Israel, especially in public. He had said as vice president that there was “no daylight” between Israel and the US, especially on security.

Obama had visited Egypt during his first year and failed to stop in Israel. And Biden, whose support for Israel runs deep in his emotional and political DNA, wasn’t going to pass up an invitation from an Israeli Prime Minister to visit early in his first term.

The trip would also provide an opportunity to talk about Iran — Israel’s greatest challenge. And as my grandmother used to say about her chicken soup: a presidential visit months before the midterms certainly couldn’t hurt the President’s politics.

A peace process not ready for prime time

The President has maintained that oil is not the primary reason for his visit to Saudi Arabia. But let’s be clear, Biden would not likely be going there now were it not for Russia’s invasion of Ukraine and its impact on the global oil market. The President, though, is wise to play down the oil factor largely because the Saudis are likely unwilling or unable to ramp up production enough to have an impact on what Biden cares about most: lowering gas prices that are dragging down his approval ratings before the midterms.

As far as oil is concerned, this trip is an investment in the future, specifically the hope that an improvement in US-Saudi ties will facilitate the Saudis increasing production later this year and into the next.

Biden is clearly conflicted about the trip, having called Saudi Arabia a pariah nation whose leadership has “little social redeeming value.” Biden keeps insisting that he’s not going to meet Saudi Crown Prince Mohammed bin Salman, known as MBS, one on one and insists that he will only be there as part of a larger meeting.
The administration has been working to facilitate an improvement in Israeli-Saudi relations, perhaps in an effort to offset the impact of the meeting with MBS. But the US Ambassador to Israel Thomas Nides opined this week that normalization of relations between the two countries will not happen on this trip.

It’s doubtful that anything short of a full-throated acceptance of responsibility for Saudi journalist Jamal Khashoggi’s murder would mitigate the intense opposition to MBS from Congress, the media and the human rights community.

Almost four years after Khashoggi’s murder and dismemberment, which a US intelligence report found to have happened at the orders of MBS, there’s still no accounting or accountability.
Apart from the Khashoggi murder, Saudi Arabia’s human rights record reads like a chapter out of an Edgar Allan Poe horror story. MBS has proven himself to be a ruthless authoritarian. To be credible, especially in light of his tough comments about MBS, Biden ought to speak out publicly in Saudi Arabia about the importance he attaches to Saudi Arabia ending its human rights abuses and set expectations that he intends to follow this issue personally. Indeed, whatever the President achieves in Saudi Arabia, the US-Saudi relationship will remain a troubled one.

The Middle East is looking past Biden

Eighteen months into the Biden administration, there’s still much uncertainty in the region about Biden’s staying power. Israel and the Gulf states see Washington dealing with other priorities: China, Russia and, of course, the fraught state of America’s domestic politics.

America is back, but for how long? The Saudis want security guarantees; Israel desires assurances that the US plans to help them stop Iran from going nuclear and spreading its nefarious influence in the region.
America isn’t withdrawing from the region and is prepared to strengthen cooperation with Israel and the Gulf states, especially on an integrated air defense system against missiles and drones. But Biden should tread carefully in both Israel and Saudi Arabia and not give binding assurances that could result in an escalatory cycle drawing the US into an unwanted war with Iran. But Biden’s real priorities lie elsewhere.
At the same time, Israel and the Arab nations read the political map in Washington and see the prospect of Republican gains in the midterms and the very real possibility that Biden, who will turn 80 in November, might be a one-term president. This is particularly true of MBS — as well as Netanyahu, who has a shot at becoming Israel’s next prime minister. The Saudis have been hedging their bets and recently contributed $2 billion to Trump’s son-in-law Jared Kushner’s new investment fund.
Given the royal treatment the Saudis received from Trump and Kushner during the last administration, it’s no surprise. The Saudis financed the LIVGolf association, which opens this month in the US and has two tournaments scheduled at Trump’s properties.
As for Netanyahu, who has always favored Republicans over Democrats and has never been reluctant to show it, nothing would make him happier than to see Trump return as president. Despite some tension, Trump bonded with Netanyahu and delivered an unprecedented array of pro-Israeli moves during his term.

With rare exception, the Middle East offers up problems that lack immediate or easy solutions. If Biden is lucky, this will be his only foray into the region during his first term. The President understandably may want to be done with the Middle East. The question, of course, is whether the Middle East is done with him.