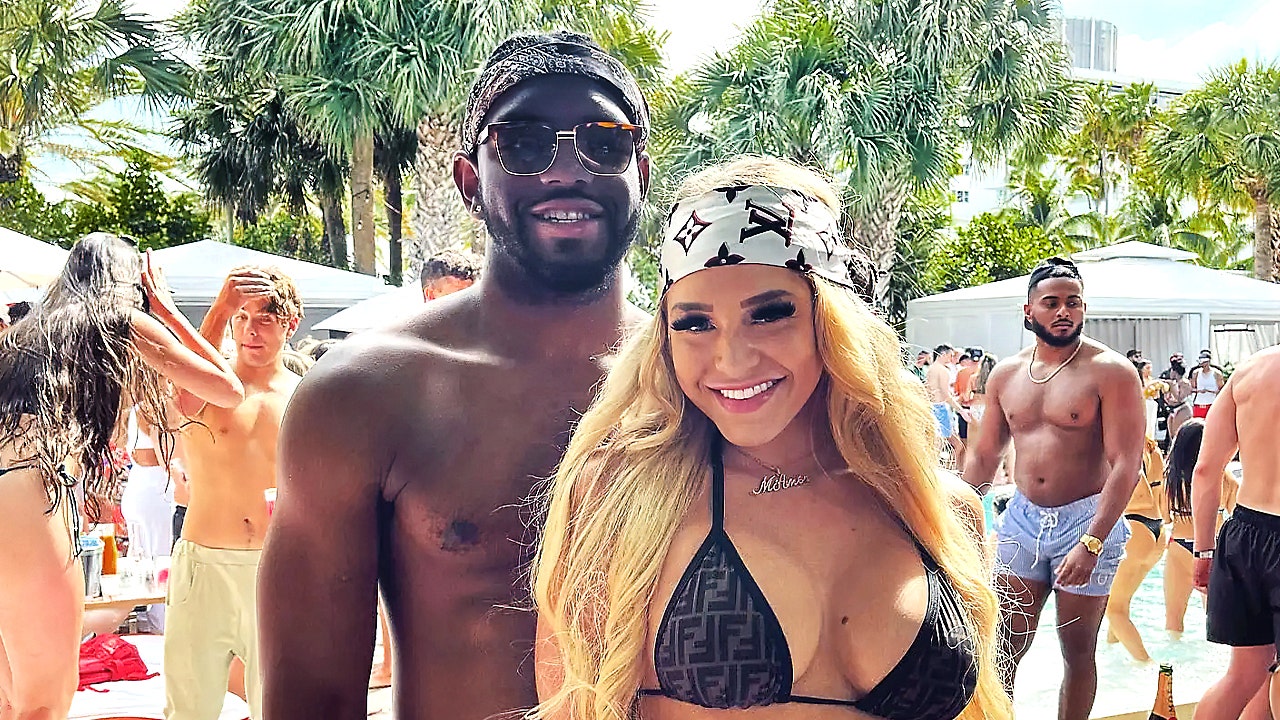 Miami OnlyFans model Courtney Clenney was captured in a series of audio recordings hurling racial slurs and raging at Christian Obumseli in the weeks before allegedly stabbing him to death with a kitchen knife, according to a new report.

Obumseli, 27, appeared to have recorded the abusive and hateful tirades on his cellphone without her knowledge, according to the Miami Herald, the first outlet to obtain the audio.

In one clip, Clenney, 26, was irate that Obumseli did not tell her he had greeted a female acquaintance while on a bicycle ride.

Clenney calls Obumseli the n-word multiple times, and tells him to “man up b—-” as he repeatedly apologizes.

Courtney Clenney is charged with second-degree murder for allegedly stabbing Christian Obumseli with a kitchen knife April 3, 2022, in Miami.
(Instagram)

“You know damn well the right thing to do is tell me,” Clenney, said in a jealous fit.

“And I’m sorry,” Obumseli replied before Clenney cut him off and screeched, “so shut up and let me slap your dumb a–.”

Clenney can be heard frantically searching for her cellphone in the clip, as she ordered Obumseli to “Find it and f—ing charge it!”

The Instagram star, who boasts millions of social media followers, alternated between wailing and ear-piercing shrieks.

A photo combination showing Courtney Clenney’s mugshot from a July 2021 in Las Vegas for battery and her arrest in Hawaii for the alleged murder of Christian Obumseli.
(Las Vegas Police Depart/Hawaii Police Department)

“I don’t know where your phone is,” Obumseli said, trying to placate her. “Why are you screaming, man?”

“I was on a bike ride, and she passed me and I said, hi,” Obumseli tells Clenney. “That doesn’t mean you can call me a f—ing [inaudible].”

Courtney Clenney at a hearing Sept. 6, 2022. The OnlyFans model is accused of murdering her boyfriend, Christian Obumseli, during a fight in her apartment.
(Pedro Portal/Miami Herald via Pool)

The recordings were released by the Miami-Dade State Attorney’s Office and are evidence in the case against Clenney, who is charged with second-degree murder for allegedly stabbing Obumseli April 3 in her luxury high-rise.

The pair had a volatile two-year romance, which Miami-Dade State Attorney Katherine Fernandez Rundle described as an “extremely tempestuous and combative.”

In another phone recording, Clenney apparently jumped out of a car after getting into a confrontation with another driver, according to the local newspaper. Obumseli told her to apologize to the man.

Courtney Clenney, who goes by Courtney Tailor online, is accused of stabbing her boyfriend, Christian Obumseli, to death in her luxury Miami high-rise.
(Instagram)

Later in the recording, Clenney continued cursing at Obumseli as he repeatedly said he was sorry.

“You just told me to f—ing apologize to a lowlife! You’re supposed to protect me!,” she shouted. “F— you!”

Moments later, the sounds of slaps are heard. “Stop hitting me!” Obumseli says.

After the killing, it took authorities more than four months to charge Clenney, which outraged the victim’s family and sparked public backlash.

Clenney’s attorneys, Frank Prieto and Sabrina Puglisi, have said that Clenney is a domestic violence victim who acted in self-defense when she plunged a knife into Obumseli’s chest.

The lawyers say that bodycam footage showing police responding to a domestic dispute at Clenney’s building 48 hours before the alleged murder bolsters her case.

A selfie of Courtney Clenney, accused of murdering her boyfriend, Christian Obumseli.
(Instagram)

In the video, the scantily-clad model is distraught and pleading with police for a restraining order against Obumseli, who she says is stalking her. A building staffer also tells police that Obumseli charged at her.

In surveillance footage recorded months before the deadly fight, Clenney is seen repeatedly hitting Obumseli in an elevator as he tries to restrain her. Prosecutors released the footage and said Clenney was clearly the aggressor in the relationship.