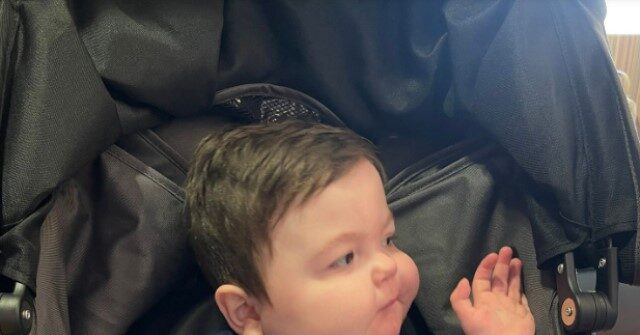 After spending nearly 283 days in and out of the hospital, one-year-old Clay Goodwin is finally home with his family after undergoing heart transplant surgery.

It would be an understatement to say that the journey for Clay and his parents, Hannah and Brandon, has not been easy since the beginning.

Clay underwent open heart surgery only two days after birth, as doctors discovered he had four heart defects, according to WHAS 11.

Since then, the infant and his family have faced many long nights at Norton Children’s Hospital in Louisville, Kentucky, as Clay underwent more treatment and surgeries.

Despite the setbacks, Clay’s parents say he is a fighter. He even stood up for the first time after experiencing his first birthday at the hospital, WHAS 11 noted.

“In his short life, he’s probably gone through more than any of us will ever go through in a lifetime,” Clay’s father said.

Doctors determined in January of this year that Clay would need a new heart, and he was put on the heart transplant list.

After months of waiting, Clay and his family received word on July 4 that there was a heart for Clay, and that he would be undergoing surgery the next day.

The surgery was successful, and after approximately a month of recovering, the one-year-old fighter is finally home with his parents and three older brothers.

“Every heart surgery that he’s had, he’s had complications. As far as this transplant, it went perfect,” his mother said. “He did great.”

Hannah and Brandon were more than thankful for the doctors and nurses who not only cared for Clay but also showed support to his parents, who experienced many stressful nights at the hospital.

“A lot of those doctors and nurses became family to us,” said Hannah. “They’re some of my best friends now.”

Now that Clay is home, his parents are planning a huge birthday celebration with family and friends this November.