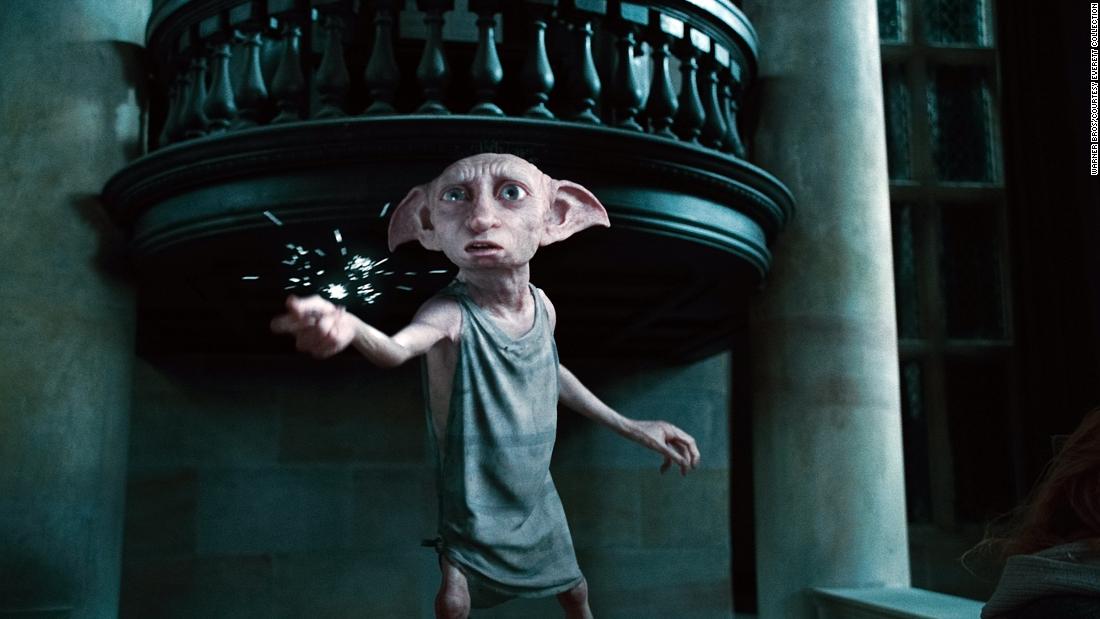 “Harry Potter and the Deathly Hallows: Part One” was released in 2010. The film, half of the conclusion to the fantasy series, features the tragic death of Dobby, a beloved character who is freed from captivity after receiving a sock as a gift. Dobby died protecting Harry — making his death especially poignant for viewers.

Dobby’s devastating final scene was shot at Freshwater West beach in Pembrokeshire, Wales. Shortly after the film came out, fans assembled a makeshift grave on the beach, with hundreds of rocks bearing messages like, “Here lies Dobby,” and even a cross.

And they also left hundreds of socks to honor Dobby, according to the United Kingdom National Trust, which regulates the site and other heritage sites across the UK. Two or three socks, painted pebbles, and even shoes were left at the grave each day during peak season, says the National Trust.

The decadelong bulid up of unnatural materials poses a risk to the landscape, according to the National Trust. Earlier this year, the organization commissioned a report about sustainability at the beach. After eight months of research, they concluded that the site could stay — but that visitors should only photograph the grave, and not leave any new pebbles, socks, or other mementos.

The grave dedicated to Dobby lies on the Freshwater West beach in Pembrokeshire, Wales.

The beach welcomes around 75,000 guests per year, says the National Trust. The waters around the beach are home to gray seals, harbor porpoises, and some of the largest populations of seabirds in the world, according to the news release.

To protect those animals and the landscape at large, they’re asking visitors to “leave no trace.”

“The need to manage the natural environment and uniqueness of this very special beach alongside the enjoyment of everyone who visits is a balance we need to find,” said Rhian Sula, the National Trust Cymru’s Pembrokeshire Interim General Manager, in the release.