NYC Republicans detain armed burglar at campaign event: ‘The city is so lawless’ 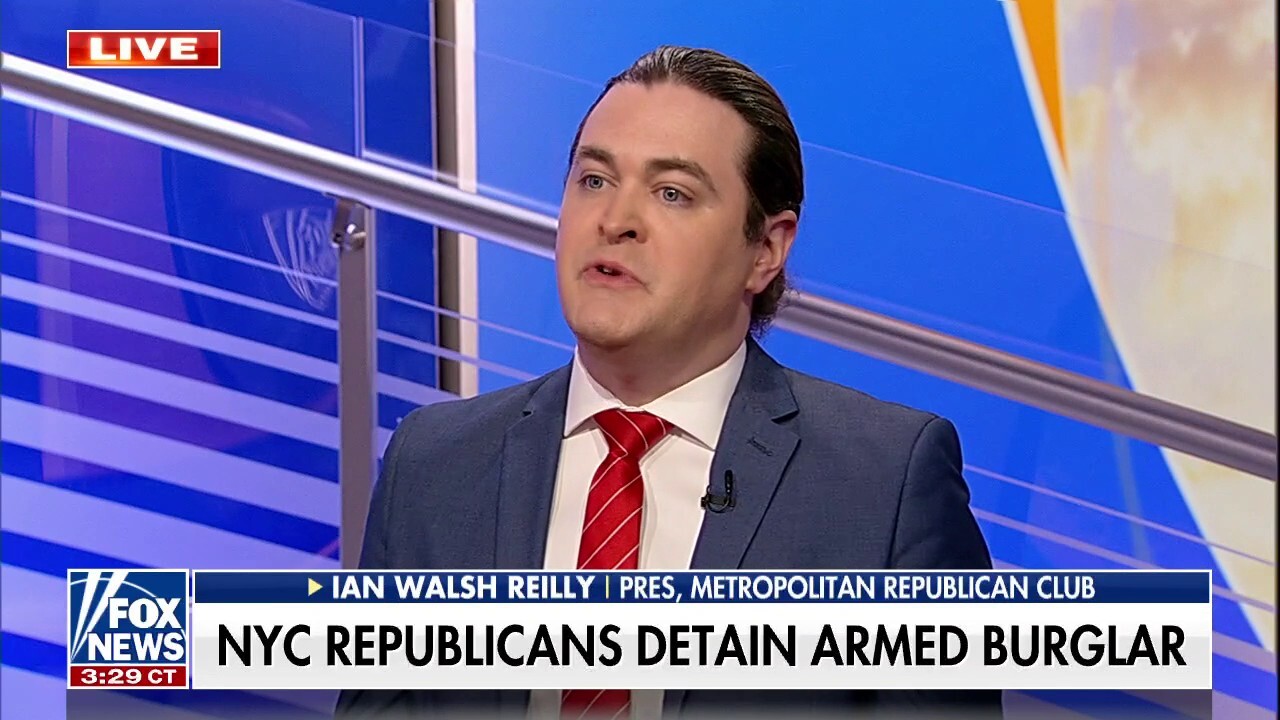 New York City Republicans thwarted an armed burglar during a campaign event for U.S Senate candidate Mark McCloskey last week after the suspect allegedly raided a cash box before he ran out the door.

NYC MAYOR ERIC ADAMS PROMISED TO CRUSH CRIME BUT IS BEING THWARTED BY REMNANTS OF HIS PREDECESSOR, EXPERT

“This gentleman who was posing as a maintenance staff member… was basically casing the joint,” Reilly told co-host Todd Piro. “He literally ripped open a lockbox, stole the money from it and ran out the door.”

Reilly and two other club members chased the suspect up Lexington Avenue and apprehended him before police arrived.

“It was a little sketchy,” he said. “You don’t know who you’re dealing with… he was telling different people different stories.”

“The NYPD had said he is someone who’s committed many crimes in the city.”

Reilly pinned the blame for the Big Apple’s crime surge on the city’s leadership, calling it “lawless” as crime continues to run rampant.

“Unfortunately, with Mayor Adams becoming mayor, a lot of his campaign promises have not actually been realized,” he said. “The police are still not being helped. The city is so lawless, unfortunately, and this is the environment that we’re existing in.”

“I think that probably we would all be safer if people thought that more people would be willing to defend themselves and not become victims going forward.”