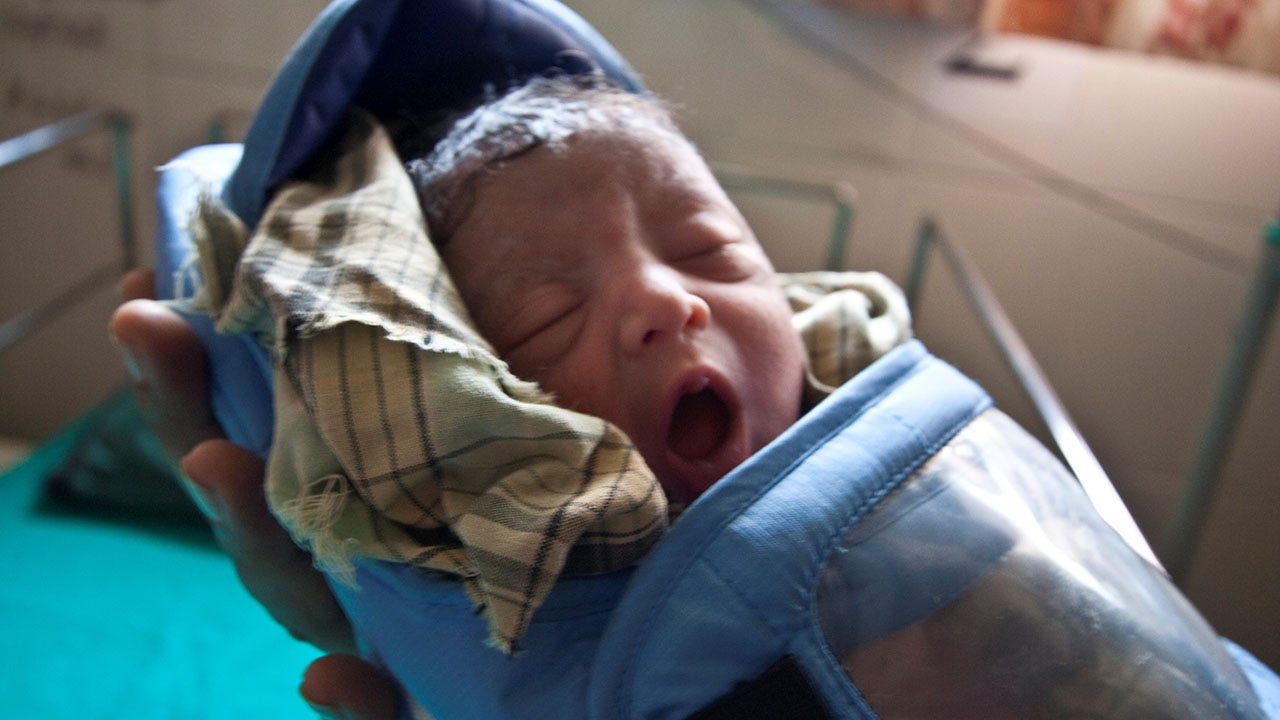 A global nonprofit – born from a class project at Stanford University over a decade ago – is sending portable incubators to bomb shelters and hospitals in Ukraine to help save the lives of premature newborns.

Jane Chen, co-founder of Embrace Global, told Fox News Digital that an estimated 260,000 women in Ukraine were pregnant when the war started at the end of February.

Over 1,000 women are giving birth every day, and over 100 of those babies need some sort of neonatal intensive care, according to Chen.

“Because many of those hospitals have been bombed … mothers are now giving birth in bomb shelters, where there’s no access to life-saving medical equipment,” she said.

BROOKLYN-BASED NONPROFIT DELIVERS ‘BLANKETS OF HOPE’ TO PEOPLE IN NEED

Their lives, as a result, are now being threatened, according to Chen.

“If you don’t care properly for these pre-term births, pre-term babies, they can grow up with lifelong health complications,” she said.

In 2008, while completing her MBA at Stanford, Chen teamed up with a group of engineers to create a baby incubator that cost less than 1% of a traditional incubator, which in the United States is at least $20,000, she said.

What they learned, however, is that not only were these incubators vastly expensive, but they also required constant electricity and trained medical personnel.

“We decided we needed to come up with a solution that was portable, that was super easy to use, that could sit in a village clinic if it needed to, and it didn’t require stable electricity,” she said.

After years of research and development, the organization’s Embrace incubator hit the market in 2012. The incubator, which looks like a sleeping bag, is able to hold the exact same temperature for up to eight hours without the need for electricity and costs “roughly $300 compared to $20,000 and above,” Chen said.

When the dire situation started to unfold in Ukraine, Chen realized their product was “the perfect solution for a humanitarian crisis.”

Embrace is already working with the United Nations’ International Children’s Emergency Fund (UNICEF) and the World Health Organization (WHO), which have already requested 3,000 incubators for a variety of nonprofits on the ground in Ukraine.

“Primarily, we are in need of transportable incubators for these babies who are in intensive care and whom we cannot, unfortunately, take to the basement, because they are critically dependent on this equipment,” a nurse and head of the Perinatal Center in Kharkiv, Ukraine, told FOX Business. “So the main thing we need at the moment is equipment to help transport and warm extremely premature babies.”

Embrace is shipping out the first 200 incubators to Poland on Thursday with its own funds. However, it’s seeking donations to be able to produce more incubators and ship them overseas.

Chen said it’s vital “to help these children on the very first day of their lives.” By doing so, they are helping “this next generation of Ukrainians.”