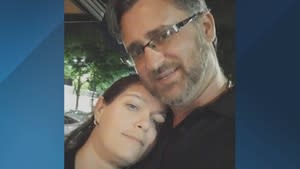 The Seminole County Sheriff’s Office is investigating an apparent double murder-suicide that has devastated neighbors and friends.

Detectives have been at the home on Princess Gate Boulevard throughout the morning.

Friends and neighbors are remembering the couple killed.

“They were very kind people,” said Linda Lubitz, a neighbor.

The Sheriff’s Office has not released the identities of those involved.

Investigators said the victims’ 17-year-old son was inside the house at the time of the shooting. He crawled out of the window to get to safety.

Terri Riley has known the family for more than a decade.

Investigators said two people were killed by a family friend who was staying with them.

Detectives said the person then used the gun to commit suicide.

“No good deed goes unpunished, and the reason I said that is because they had taken somebody in out of the goodness of their heart,” Lubitz said.

The agency said this appears to be an isolated incident.