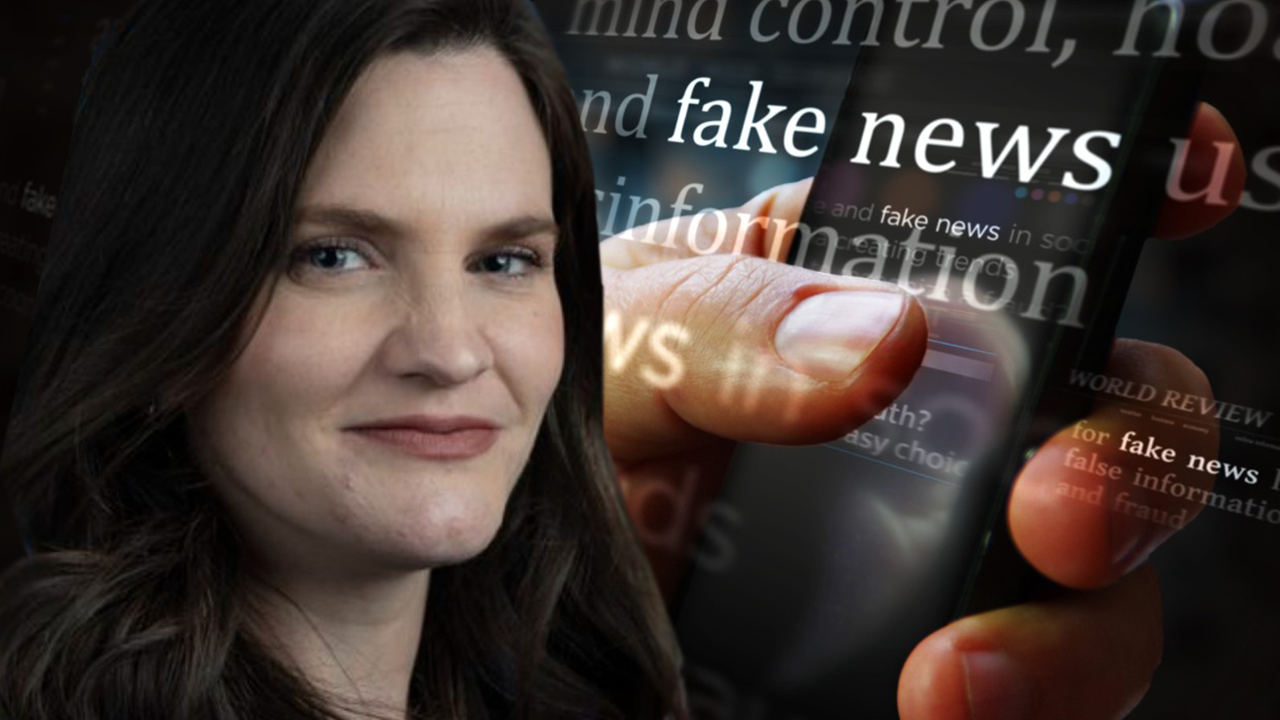 The Biden administration’s new executive director of its Disinformation Governance Board criticized politicians dismissing inconvenient truths as “fake” in a Washington Post op-ed in 2017.

“We live in an era in which labeling something fake is becoming synonymous with political inconvenience,” Nina Jankowicz wrote regarding the “fight against fake news.”

That same year, Jankowicz wrote in The New York Times that a “shiny new initiative” wasn’t needed to defeat so-called disinformation in an article titled “The Only Way To Defend Against Russia’s Information War.”

LIBERAL MEDIA, WATCHDOGS ‘UTTERLY ASLEEP AT THEIR KEYBOARDS’ ON BIDEN’S DISINFORMATION GOVERNANCE BOARD

“Disinformation can be defeated without the establishment of a shiny new initiative cased in the language of Cold War 2.0,” she wrote in The Times. “Instead of ‘rapid information operations,’ the United States should work to systematically rebuild analytical skills across the American population and invest in the media to ensure that it is driven by truth, not clicks.”

Then a fellow at the Woodrow Wilson Center’s Kennan Institute, she is now heading a new initiative to battle disinformation after disseminating some herself, whether it be suggesting the Hunter Biden laptop story was phony or heaping praise on Christopher Steele, author of the discredited dossier alleging extensive Trump-Russia collusion.

Jankowicz is in charge of the Department of Homeland Security’s governmental effort to fight online disinformation on such issues as elections and coronavirus. It also hopes to counter misleading information used by human smugglers to target migrants trying to cross into the United States, according to the DHS.

Jankowicz is a partisan actor, having openly supported Biden and Hillary Clinton in the past two elections. She’s praised Steele on Twitter as an expert on the origins of disinformation and she’s called the Biden laptop “alleged” and likely a part of a Kremlin influence operation.

In an October 2020 Washington Post op-ed, she touted the testimony she had just given before the House Intelligence Committee about the threat of online disinformation, where she suggested the laptop had “illicit provenance.”

In the same op-ed, she scolded House Republicans for not attending the hearing, saying they “advanced the misguided perception that countering disinformation ought to be a partisan topic, effectively abdicating Congress’s bipartisan responsibility to conduct oversight of it.”

During her testimony on Oct. 16, 2020, she made an apparent reference to the coordinated Big Tech suppression effort against The New York Post’s report on Hunter Biden’s laptop that same week. The laptop contained emails about his overseas business dealings and salacious photographs, but it was widely dismissed in the press as a smear campaign and even Russian disinformation, leading Twitter and Facebook to censor or limit the sharing of The Post’s article.

“Regarding Russia and what we have learned, I am not sure that the United States has actually learned very many lessons,” she testified. “I think the past couple of days have shown that we’ve learned, perhaps, or at least have become more circumspect about how to report on hack-and-leak materials or things that might be of an illicit provenance.”

That theory was widely peddled in the mainstream media at the time, with NPR calling reporting on it a waste of time, “60 Minutes” saying the laptop couldn’t be verified, and Politico reporting on a letter from former intelligence officials who suspected with no evidence it was “Russian disinformation.” The Washington Post and New York Times have since reported on the authenticity of the laptops and emails located within.

Nina Jankowicz will be the executive director of the Department of Homeland Security’s Disinformation Governance Board.
(@wiczipedia Twitter account)

Jankowicz hasn’t hidden her strong political affiliations in past writings.

In the same Washington Post op-ed, she accused the 2016 Trump campaign of “voter suppression” against Black voters through “online microtargeting tools.” Also in October 2020, Jankowicz wrote in The Atlantic that then-President Trump’s notion of having his supporters monitor polling places was “thuggery.”

Her other published writings include a piece about a Russian disinformation campaign targeting its own citizens ahead of the bloody invasion of Ukraine, as well as one expressing sympathy with a gym owner in New Jersey who kept his establishment open in 2020 in spite of coronavirus lockdown efforts and unwittingly found himself in the middle of an online culture war.

The new DHS initiative has come under heavy criticism from conservatives, who have likened it to an Orwellian Ministry of Truth.

Pressed about it on Thursday, White House Press Secretary Jen Psaki had few details and didn’t even know who Jankowicz was.

“But what I can tell you is that it sounds like the objective of the board is to prevent disinformation and misinformation from traveling around the country in a range of communities,” she said. “I’m not sure who opposes that effort, and I don’t know who this individual is, so I have no comments on it specifically.”