NFL Draft 2022: Ex-coach June Jones breaks down QB class, reveals who he likes the most 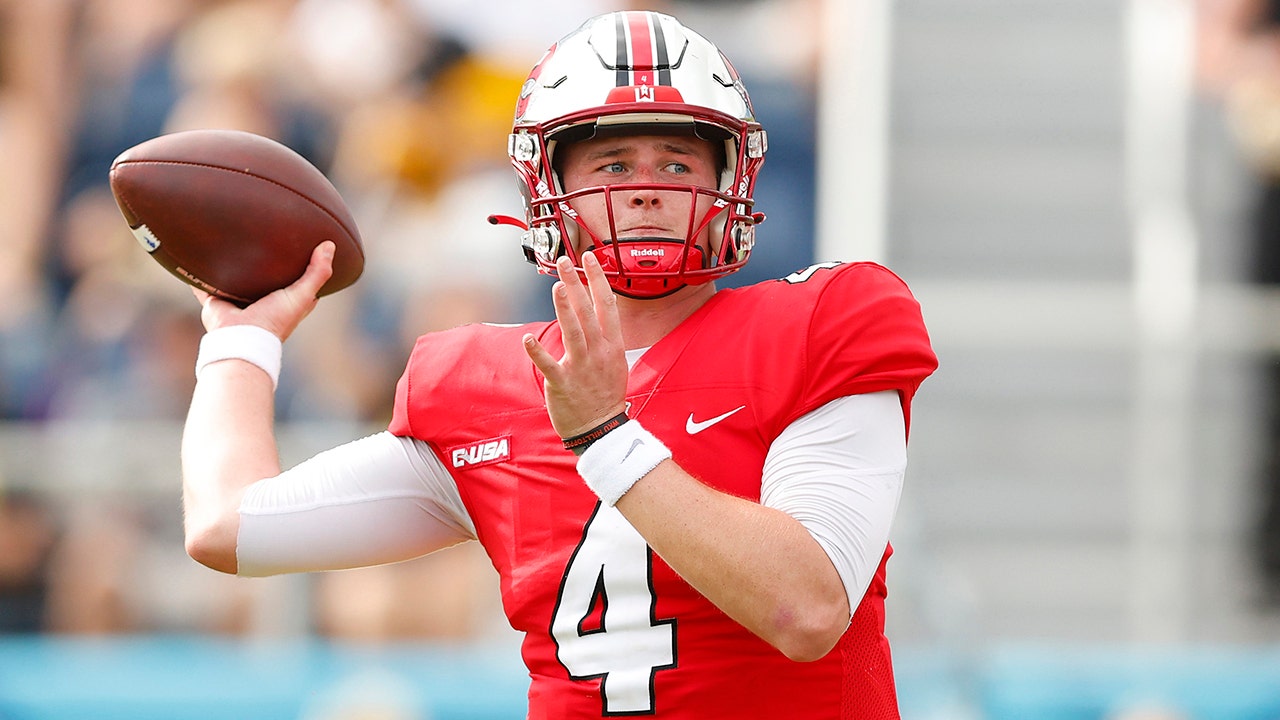 LAS VEGAS – Former NFL coach June Jones was spot on last year when he predicted Mac Jones would have immense success in his rookie season. He would lead the New England Patriots to a playoff appearance.

Jones, the former head coach of the Atlanta Falcons and interim coach of the San Diego Chargers, told Fox News Digital in a recent interview he thinks most of the quarterbacks in this year’s class are “wait-and-see” type players. He said out of everyone, Pittsburgh’s Kenny Pickett was the one he liked the most.

“I think they’re all gonna be wait-and-see guys. I do think (Kenny Pickett) if he goes to the right team, I think he possibly could be (a starter),” Jones said. “I’m not high on (Sam Howell) from North Carolina. But Pickett I think has enough throwing ability and has been in a passing offense. … I think he may be able to jump up in there and get a chance anyway to play early.”

June Jones as a coach of the Atlanta Falcons.
(Getty Images)

Jones said he even was a bit interested to see how Ole Miss prospect Matt Corral was going to do. But while most experts have predicted he goes in the first round, Jones said he’d be surprised if that happened.

“The guy that I kinda like a lot and everybody is kind of now negative on is the Ole Miss guy, Matt Corral. I have to admit now they’re worried about things that don’t happen on the field. They’re talking about off-field, ‘Oh, maybe he’s in the clubs a little too much’ or whatever. But some of the best quarterbacks were in the clubs too much,” Jones said.

Malik Willis of the Liberty Flames throws during the NFL Combine at Lucas Oil Stadium on March 3, 2022, in Indianapolis, Indiana.
(Justin Casterline/Getty Images)

Malik Willis, out of Liberty, was another quarterback who NFL analysts had been interested in.

However, Jones sees him as a “project.”

“The guy that everybody is talking about, Malik Willis, I think is a project and I would be hard-pressed if I was somebody who is not real secure in my job to take him because he’s gonna be forced into playing. I think he’s a project,” Jones told Fox News Digital, adding he still thought Willis gets taken in the first round.

Bailey Zappe of the Western Kentucky Hilltoppers in action against the Appalachian State Mountaineers during the RoofClaim.com Boca Raton Bowl at FAU Stadium on Dec. 18, 2021 in Boca Raton, Florida.
(Michael Reaves/Getty Images)

“I think there’s a couple down the line guys. The kid from Western Kentucky (Bailey Zappe), I think he’s the best guy. I think if he was 6-foot-3, he would probably be listed that way because he’s a better passer than all of them,” Jones said. “Athletically, he’s good enough to move around and create some stuff, too. But I really liked his accuracy down the field. He’s more accurate. I read some comments about him that some guys question his accuracy. Well, if you watched the film, there’s no question this guy can throw.

“I kind of feel like how I felt about Mac Jones last year when nobody really thought he was the guy. Then all of a sudden everybody went back and reevaluated and found out he was one of those guys and New England was kinda lucky to get him.”

Jones hasn’t coached in the NFL since the 1998 season with the Chargers. He had successful runs in college with Hawaii and SMU and recently was the head coach of the Houston Roughnecks of the XFL in 2020 before the league shut down due to the coronavirus pandemic.

Kenny Pickett of the Pittsburgh Panthers during warmups for the ACC Championship game at Bank of America Stadium on Dec. 4, 2021 in Charlotte, North Carolina.
(Logan Whitton/Getty Images)

Jones said the feedback has been “pretty unbelievable” and he’s gotten calls about his courses from coaches at all levels.