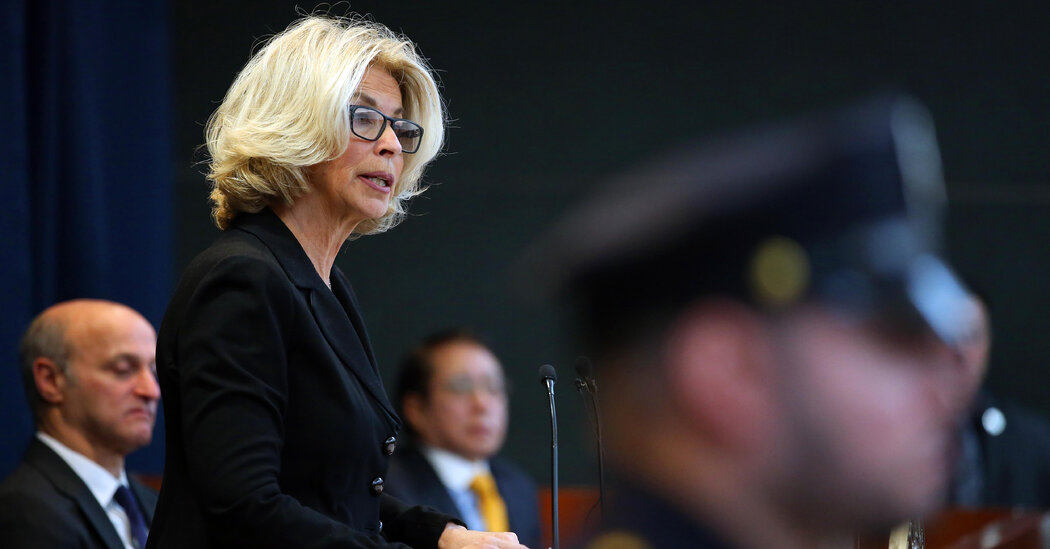 Janet DiFiore, the chief judge of the New York Court of Appeals, the state’s highest court, says she will step down at the end of August, even as lawmakers in Albany continue to codify and consider stronger laws on guns and abortion, measures at the heart of a national debate and whose legality could be determined by the state judiciary.

In an interview on Monday morning, Ms. DiFiore, 66, who is in charge of the state’s entire court system, said that there was no triggering event for her resignation, but that she was ready to pursue other opportunities after more than six years on the job.

“I’ve made my contribution,” she said, adding that she had no other job waiting, but felt it was a “comfortable moment” to move on. She allowed, however, that there would be “another chapter in my professional career.”

“What that is, at this very moment, I’m not certain,” she said.

The chief judge of the Court of Appeals, which has seven members, is New York’s highest judicial post. Ms. DiFiore will be replaced by an acting chief judge, selected by the six other judges on the court, until a successor is named by Gov. Kathy Hochul, a Democrat, and confirmed by the State Senate, which is also led by a Democratic supermajority.

Ms. DiFiore, the former district attorney in Westchester County, was nominated to the court in 2015 by the previous governor, Andrew M. Cuomo, who resigned last August. She was the second female chief judge, after Judith S. Kaye, and one of six appointed by Mr. Cuomo. Her resignation will give Ms. Hochul a second appointment to New York’s high court; the first was Shirley Troutman last year.

The job of chief judge of the Court of Appeals, to which jurists are named to 14-year terms, is a hefty one, requiring overseeing not only the high court itself but the state’s sprawling judicial system, which runs on a $3 billion budget and includes more than 1,350 state judges, along with another 1,850 town and village judges and more than 14,000 nonjudicial employees.

New York’s court could serve as a bulwark to conservative rulings from the U.S. Supreme Court, which recently overturned abortion rights and curtailed a New York law that regulated the carrying of concealed weapons.

But on Monday, Ms. DiFiore demurred on such questions, saying her proudest moments involved managing the chronically overwhelmed judiciary, maintaining New York’s objective balance and handling proceedings during the Covid crisis. The pandemic had severely curtailed in-person proceedings statewide in most cases, with arguments being held virtually rather than in the baroque confines of its Albany courtroom, for example.

“It’s a brilliant challenge every single day,” she said.

Ms. DiFiore’s legacy may best be defined by a sweeping 32-page opinion she wrote in April for a divided court that found that Democratic leaders had violated the State Constitution when they drew new congressional and State Senate districts. The opinion, for a four-judge majority, also said congressional districts designed by Democrats violated an explicit state ban on partisan gerrymandering.

The decision enraged Democrats, who openly accused the chief judge of undertaking an extralegal power grab.

In statement on Monday afternoon, Ms. Hochul said that Ms. DiFiore had “dedicated her career to the people of New York,” and praised her leadership of the court system “especially during the unprecedented times of the COVID-19 pandemic.” She added that she would review the recommendations of a state commission for new judges as soon as such recommendations were made.

Jonathan Lippman, Ms. DiFiore’s predecessor, said it was obvious there were liberal and conservative currents on the court, in both criminal and civil justice.

“But I don’t think that this chief judge lived or died by whether people thought she was liberal or conservative or centrist,” he said. “She had her own views. She took each case as they came, and I think she was a strong leader.”

“I don’t think anyone predicted the recent gerrymandering decision,” he added. “And it had national significance. And she did what she thought was right.”