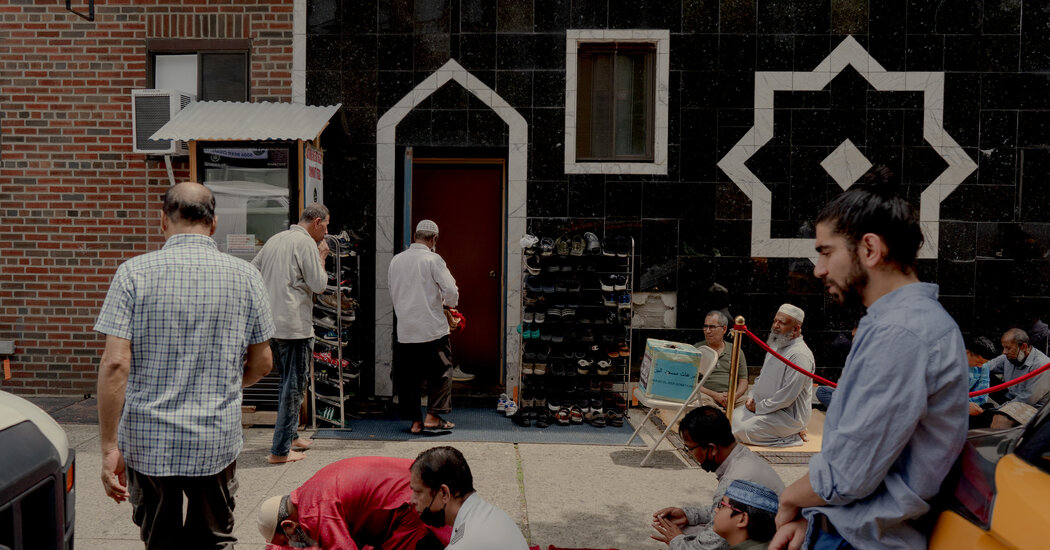 “Saudi Arabia makes a lot of money off this one way or another,” Mr. Elfeky said.

Saudi Arabia applies quotas to the number of pilgrims it allows each year from Muslim countries, but those from Europe, the Americas and Australia have not faced restrictions in the past. In 2018, the United States State Department estimated that 20,000 Americans went on hajj, spending hundreds of millions of dollars on travel packages that frequently cost more than $10,000 per person.

It was easy for large groups to travel together, like a group of more than 100 students from New York University who went on hajj in 2019 under the leadership of Khalid Latif, the executive director of the Islamic Center at New York University.

Going on hajj with a group allows people to travel with religious leaders they trust, who speak their language and know their culture, and who can help them understand and perform rituals, Mr. Latif said.

“I was trying to take as many people as possible who wanted to go, just so the experience was one that allowed for them to go with people that they knew, a larger kind of communal experience,” he said.

Under the new system, each participant in a group trip like the one organized by Mr. Latif would have to win the lottery. The lottery results this year were announced, in some cases, just days before the hajj was set to begin.

After the rule change was announced last month, Mr. Latif, who was planning to lead another group this year that included people who canceled their trips in 2020 and 2021, advised participants to ask for refunds and delay their trips to a less “chaotic” year, he said. Some had saved money their whole lives.