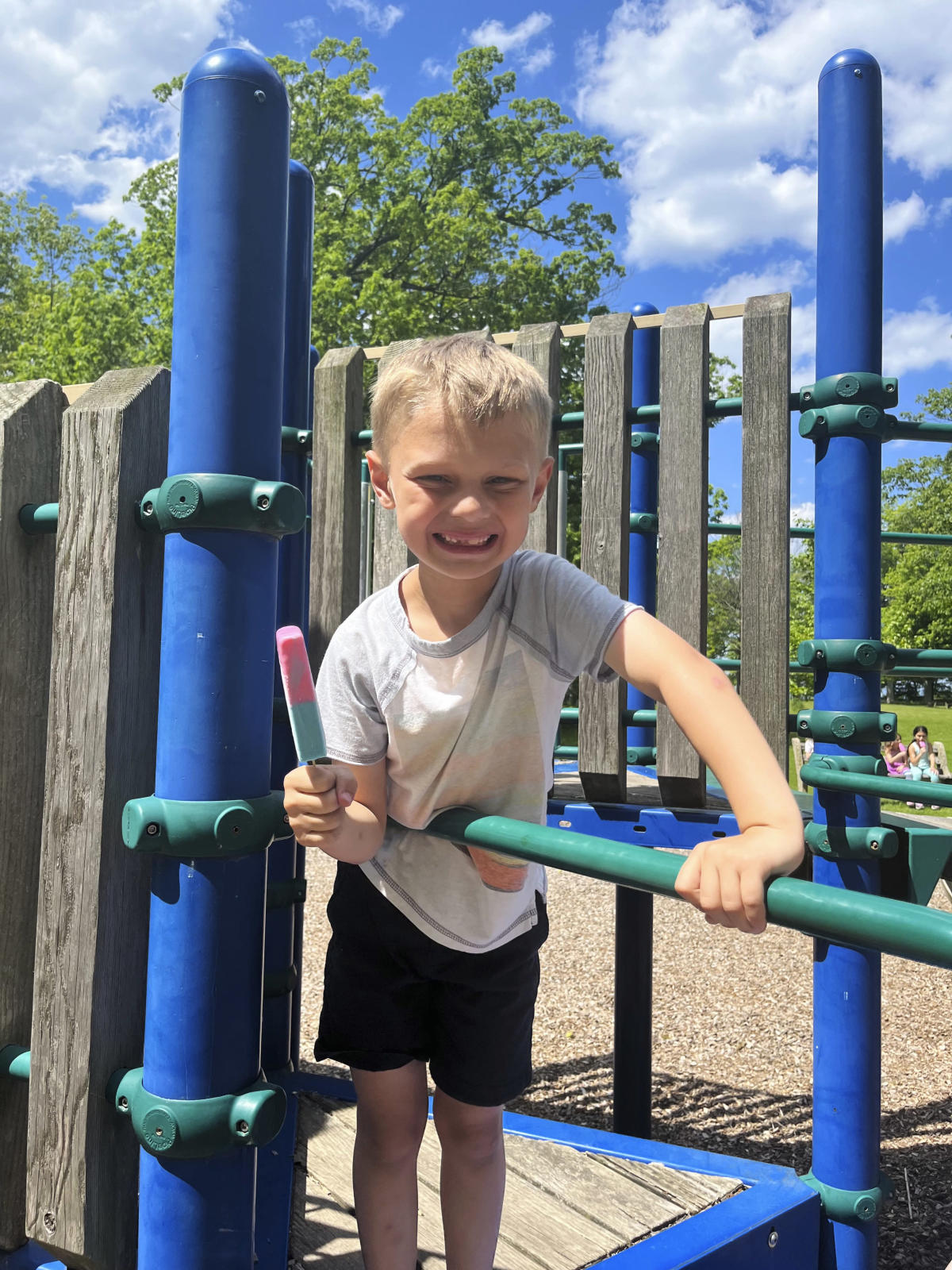 Sports-loving Cooper Roberts and his 8-year-old twin brother, Luke, loved the Fourth of July parade in their bucolic Chicago suburb.

But now the family is envisioning a “new normal” for Cooper who was struck in the chest in a hail of gunfire that left dozens of others wounded and seven dead when a gunman opened fire on the parade in Highland Park, said Tony Loizzi, a family spokesperson, during a Zoom call with reporters Thursday.

Luke and the boys’ mother, Keely Roberts, who is the superintendent of the 2,300-student Zion Elementary School District, also were hurt but not as seriously. Only the boys’ father, Jason Roberts, was unscathed.

Already, Cooper has undergone several surgeries, and is on a ventilator at the University of Chicago Comer Children’s Hospital, his spine severed and his condition critical. He is unconscious and unable to speak to his family, Loizzi said.

“It sounds as if that he’ll have significant issues moving forward,” he explained. The family later confirmed that Cooper was paralyzed from the waist down.

Luke, who was struck by shrapnel, is home. But some of the shards remain in his body because removing them would cause too much damage, Loizzi said. The twins are the youngest of six, and their four older sisters — ages 18 to 26 — are doting on Luke while Cooper is hospitalized.

Meanwhile, the boy’s mother, who was shot twice in the foot and leg area, has undergone two surgeries and may need a third, Loizzi said.

“Quite frankly, she probably should not have been discharged,” Loizzi said. But when she found out Cooper was on a ventilator, she “told her doctors and nurses that they should either discharge or she’d walk out on her own because she needed to be with her son,” Loizzi said.

He said the school district where she works is getting offers of support from superintendents around the state, some of them retired. He said they want to help so she can heal and focus on her family.

“They’re devastated,” he said of the family, “but they’re focusing all of their energy right now on Cooper. It’s been a very emotional time for everybody in their circle. And if you know Keely, she’s just a fighter. And it sounds like Cooper got that part of her in him because he’s fighting as hard as he can.”

Loizzi had few details about the shooting itself. He said he didn’t know where the family was standing along the parade route when shots rang out or who helped them.

“To be honest, I have not had that conversation with Keely,” he said. “I have tried not to focus on what exactly happened, and have really kept the focus on what we’re doing to help her and her son.”

Loizzi described the boy as having a “passion” for sports and the Milwaukee Brewers.

“Every time I talk to his mom about him, he’s always very active,” he added.

A GoFundMe has been set up to help the family with what Loizzi described as “the obvious ongoing treatment and therapy that Cooper will need.” He said that Keely Roberts is a devoted school leader, who works tirelessly for her students and often sends emails in the wee hours of the morning.

“Now,” he said, “she and her family need our support. So we just ask you to please continue to keep the Roberts family and all of those impacted by this tragedy in your thoughts and prayers.”