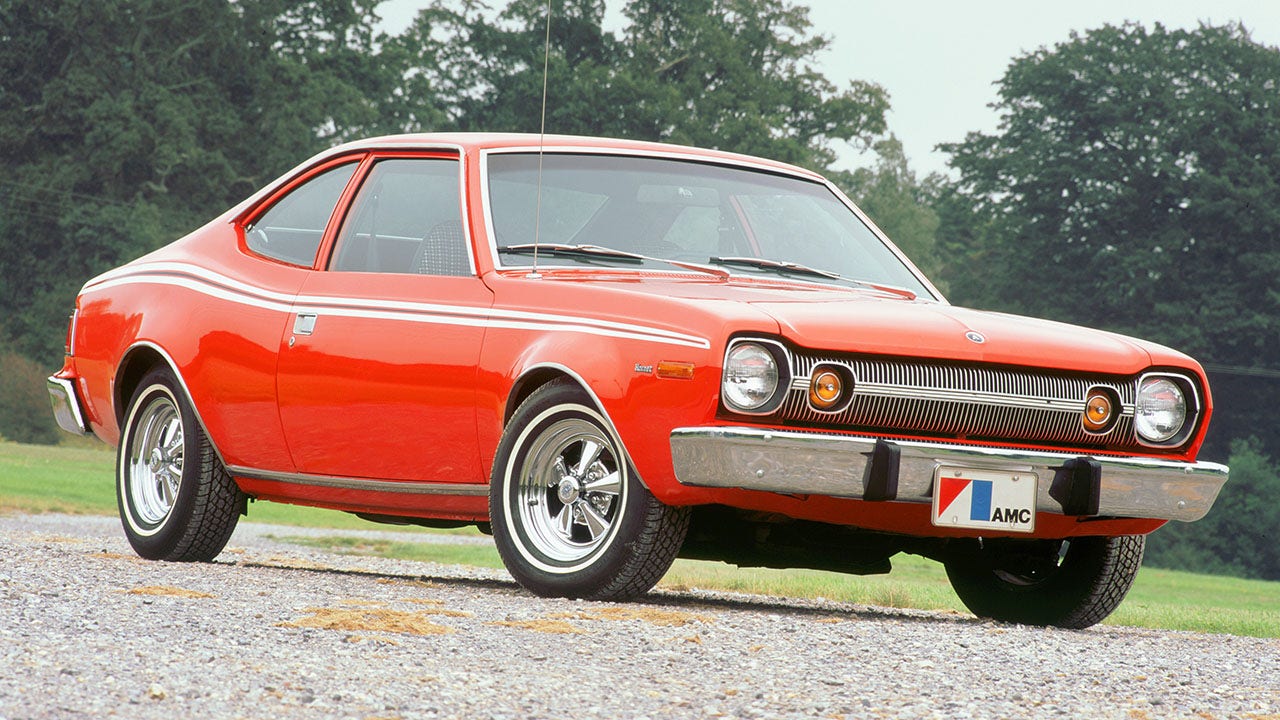 The buzz is real.

Dodge CEO Tim Kuniskis has confirmed rumors that the brand will be debuting a high performance compact model called the Hornet later this year.

The AMC Hornet was featured in “The Man With the Golden Gun.”
(National Motor Museum/Heritage Images/Getty Images)

The AMC Hornet was built from 1970 to 1977 and the Chrysler Corporation acquired the rights to the name when it purchased AMC in 1987. The original car is most famous for being featured in the James Bond film “The Man With the Golden Gun.” Dodge unveiled a Hornet subcompact SUV concept in 2006, but never put it into production.

The 2006 Dodge Hornet was a compact SUV concept that didn’t make production.
(Dodge)

Kuniskis didn’t reveal all the details of the car, but spy photos that have been published on the internet suggest it will be a compact SUV based on the recently introduced Alfa Romeo Tonale.

The Dodge Hornet is expected to be based on the Alfa Romeo Tonale.
(Alfa Romeo)

The Tonale is available with the choice of a 256 hp turbocharged four-cylinder or a 272 hp plug-in hybrid electric powertrain that will provide up to 30 miles of all-electric driving along with its extended range capability, and Kuniskis did say that the Hornet would be offered in a plug-in hybrid version.

Kuniskis said he hopes to launch the Hornet this summer, but that the ongoing supply chain issues affecting the automotive industry could delay its debut.