Netflix Should Try a Scrappier Model for Paying Creators 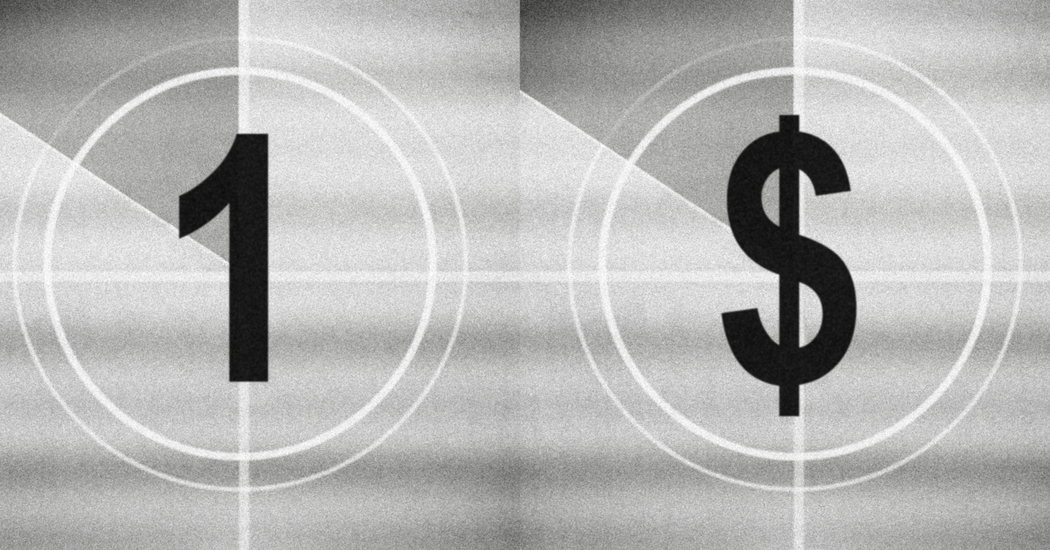 In the minutes after Netflix reported its quarterly earnings last week, the entire entertainment business had questions. Was that stock sell–off really happening? What did it mean for the industry’s pivot to streaming? And, of course, because this is Hollywood: Who was to blame?

Netflix, the great disrupter whose algorithms and direct-to-consumer platform have forced powerful media incumbents to rethink their economic models, now seems to need a big strategy change itself. The company lost 200,000 subscribers in the first three months of this year and expects to lose two million more in the current quarter. So now the tech Goliath and Wall Street darling is reckoning with the same age-old problem that Hollywood has grappled with since at least the era of the actual Warner brothers: how to make mainstream movies and television that its customers enjoy, at scale and for a reasonable price.

It got me thinking about the simple idea that my film and TV production company Blumhouse is built on: If you give artists a lot of creative freedom and a little money upfront but a big stake in the movie’s or TV show’s commercial success, more often than not the result will be both commercial (the filmmakers are incentivized to make films that will resonate with audiences) and artistically interesting (creative freedom!). This approach has yielded movies as varied as “Get Out” (made for $4.5 million, with worldwide box office receipts of more than $250 million), “Whiplash” (made for $3.3 million, winner of three Academy Awards), “The Invisible Man” (made for $7 million, earned more than $140 million) and “Paranormal Activity” (made for $15,000, grossed more than $190 million).

From the beginning, the most important strategy I used to convince artists to work with me was to make radically transparent deals: We usually paid the artists (“participants” in Hollywood lingo) the absolute minimum allowable by union contracts upfront, with the promise of healthy bonuses based on actual box office results — instead of the opaque “percentage points” that artists are usually offered. Anyone can see box office results immediately, so creators don’t quarrel with the payouts. In fact, when it comes time for an artist to collect a bonus based on box office receipts, I email a video clip of myself dropping the check off at FedEx to the recipient.

To be sure, the “Blumhouse model” was especially effective in the horror genre, where lower-budget production values can lend a feeling of scary realism to the stories. But I also noticed that other experiments in lower-budget, bet-on-yourself gambits were working: My friend the director Todd Phillips forfeited a large upfront salary for “The Hangover” and cast lesser-known actors (at the time) to make the film on a small budget (by studio standards), in exchange for a greater share of the profits. That deal worked out stunningly well for all parties involved when the film grossed almost half a billion dollars and spurred a three-part franchise. Similarly, the creative team behind “Deadpool” made that film for only $58 million — a bargain unheard-of in the glossy world of Marvel superhero flicks — and their conviction paid off with $783 million in box office receipts.

The Blumhouse model is just an exaggerated and more clear-cut version of the classic system of sharing in success — the same deal that the publishing industry offers with royalties and that traditional Hollywood studios always have used and still do. When the financial incentives of the people paying for the movies and TV shows are aligned with those of the creators, the overall system is much more cost-effective — and often the movies and TV shows are better.

So what does this have to do with Netflix and streaming? The streaming platforms have, until very recently, balked at any kind of visibility into the success of movies and TV on their platforms (though that could change at Netflix if it adds an advertising-supported tier). This is understandable: Having spent hundreds of millions of dollars building their algorithms and distribution platforms, and billions more licensing Hollywood’s movies and TV shows to draw subscribers, they absolutely have the right to protect that proprietary information.

But the system leaves creators with precious little visibility into whether their works succeed in drawing viewers. By typically paying an upfront flat fee, Netflix buys out the usual success-based incentive compensation (known as the “back end” in Hollywood). This effectively treats every creator as a part of a hit movie or TV show before the camera ever rolls. An actor who might typically make a million dollars upfront with a healthy back end if the film does well will instead get $3 million upfront and no back end participation. This system makes the business of movie and TV show producing very expensive.

As someone who has made both hits and flops, I’ve always thought it fundamentally unsustainable for a company to treat all participants as if they had made a hit before the project is even produced. But for years, Wall Street judged streaming media companies based on subscriber growth built with enormous amounts of content, all produced with the costly “buyout” model.

The streaming model has also intensified the competition for talent, which has made it more challenging for Blumhouse and the rest of the industry to be creative in the ways we structure our deals. Indeed, my film and TV production company has occasionally (and lucratively) abandoned our bet-on-ourselves principle for the streaming largess. Hey, if you can’t beat them, join them.

Last week’s media and tech stock plunge suggests that investors are starting to doubt whether the streaming industry’s enormous investment in content can keep bringing in new subscribers and retain existing ones in a more crowded field of competition. And it’s stunning evidence that in recent months Wall Street has begun to doubt whether the streamers’ growth can stay ahead of their astronomical costs. Netflix and other streamers have come to be seen less as tech companies and more as media companies, subject to the usual gravitational forces of the quality and cost of their filmed entertainment.

The streaming platforms should embrace one surefire way of controlling costs while increasing quality: Cut creators in financially on the direct results of their work. It’s not a radical idea. In fact, it’s a compensation strategy that tech companies have always embraced for their own employees by rewarding them with stock options, sometimes in lieu of huge salaries.

So, streamers: When creators set out to make TV shows and movies for you, give them a deal that pays them handsomely for success. And share the internal performance numbers that define that success. You will be able to pay less upfront and you will find an increase in the quality of the work. Be wary of those artists who would rather take the upfront compensation — it might mean they don’t wholeheartedly believe in the commercial value of what they are making. Yes, your hits will wind up being more expensive for you, after compensating all the participants. But your misses will cost a lot less — and I believe you will have fewer of them.

This will require a lot of trust and transparency. And not every artist or production house is in the financial position to forgo a healthy upfront fee for the possibility of making more down the road. But streamers might be surprised by how many of us are.

Whoever has the nerve and vision to undertake this alignment of incentives will be among the few winners of the streaming wars. It may be scary to be so transparent with internal numbers. But not as scary as being at the whim of Wall Street (or being trapped in a Blumhouse movie).

Jason Blum (@jason_blum) is a three-time Academy Award nominee and two-time Emmy Award winner. He is the founder and chief executive of Blumhouse, a film and television production company.