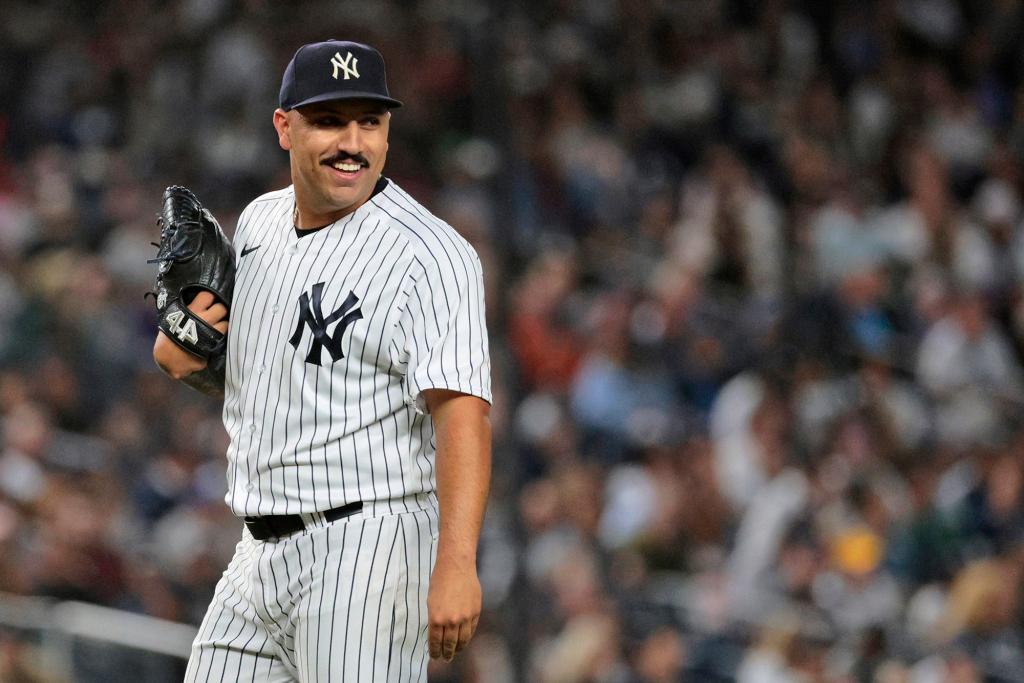 The All-Star lefty on the Yankees is back to being an empty Nestor.

Nestor Cortes twirled six shutout innings — receiving credit for the first complete game and shutout of his career — in the Yanks’ rain-shortened 2-0 victory over the Red Sox at the Stadium on Sunday night.

Aaron Judge was unable to connect for his AL record-tying home run during the four-game series, but Cortes allowed only one hit to lower his ERA for the season to 2.56 over 151 innings, leaving him 11 innings shy of the necessary 162 to qualify for the American League ERA leaders, with likely two starts remaining over the Yanks’ final 10 regular-season games.

“It’s incredible. Obviously you know the history, Yankee history, and all the great pitchers that ran through this building and the old Yankee Stadium, and it’s an honor to be on that list,” Cortes said following his sixth scoreless start of the season, but first since July 24. “For me to pitch the way I pitch and try to compete the way I compete every single day I’m out there, I just try to give my team a chance to win that game.”

The last time a Yankee recorded a lower ERA with at least 150 innings pitched was lefty Rudy May’s 2.46 in 1980. Cortes’ figure also marks the second-lowest ERA posted by any pinstriped pitcher since the designated hitter was established in 1973 — behind Ron Guidry’s 1.77 (1.74 ERA overall) in his 25-3 season in 1978.

“I mean, he’s a great pitcher,” Aaron Boone said. “Going back to when he entered the rotation last year, he has always been consistent, and he’s gotten better and better. He’s got great stuff, command, ability to repeat, presence on both sides of the plate. He’s just become a really, really good pitcher in this league.”

The 27-year-old Cortes has exceeded 150 innings for the first time in either the minor leagues or the majors, but he says he’s “fresh and good to go” to keep adding to that total in the postseason. He noted that between 2019 and 2020 he actually pitched year-round — including winter ball — and threw “almost 250-to-300 innings in like 18 months.”

Cortes also notably exceeded 100 pitches for the first time in four starts since he returned from a nearly three-week absence due to a groin issue, building up from 58 over four innings on Sept. 8 against the Twins to 101 in Sunday’s outing.

The Boston lineup drove that number upward by fouling off 15 two-strike pitches over the first four innings. That left Cortes with 80 to that point, approaching the 87 he threw in his previous start against the Pirates. But the southpaw needed just nine pitches in the fifth and a dozen more one inning later to retire his final six batters in order.

The lone Boston hit against Cortes came on Rob Refsnyder’s ground-rule double to left with two outs in the fourth, moving Tommy Pham — who led off the inning with a walk — to third. But Cortes squelched the threat with a called third strike on Triston Casas for the final out.