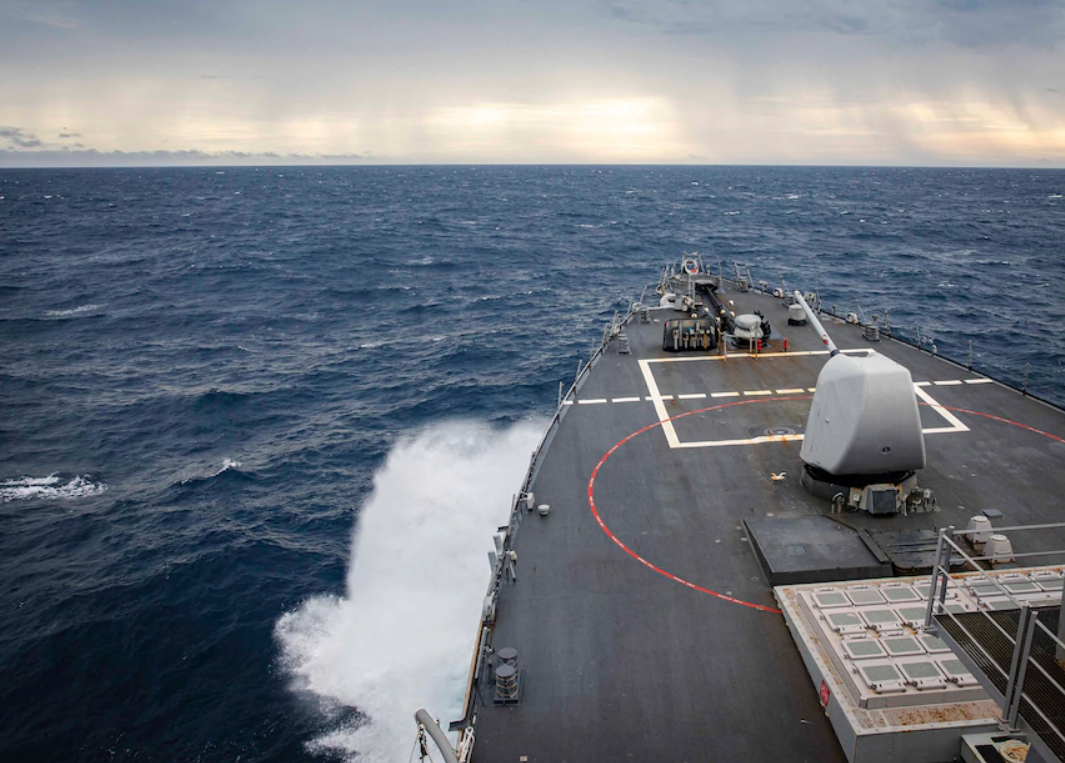 The U.S. Navy this week gave America another unfortunate peek at its priorities when a video surfaced that showed two engineers at the Naval Undersea Warfare Center (NUWC) in Rhode Island talking about, you guessed it — “the importance of using correct pronouns.”

Talk about mission creep. NUWC’s website says it exists to conduct R&D, testing and other assessments on fleet support capabilities for submarines and other underwater systems, work that helps us defeat the enemy in undersea combat.

Is the Navy so far ahead of the game that NUWC has time to instruct us on “the importance of using correct pronouns” and tips to avoid misgendering people?

It’s possible. But evidence over the last several years indicates the Navy would be better served focusing on readiness, training and morale.

PIN-UPS FOR VETS MODEL JANAE SERGIO RECALLS SURVIVING HOMELESSNESS BEFORE JOINING THE NAVY: ‘BE YOUR OWN HERO’

The Navy has ordered a “stand down” of all non-deployed naval aviation units following two plane crashes that resulted in two crewmembers being killed.
(U.S. Navy )

Just a few years ago, we watched collisions involving the USS John S. McCain, USS Fitzgerald, USS Lake Champlain and USS Antietam. The results of the investigations were no surprise: Navy sailors are poorly trained, poorly led and exhausted, and there aren’t enough ships to provide adequate training.

There’s little evidence to show the Navy has learned anything since then, and the problems aren’t relegated to surface combatants. In May, the Navy released a report that said attack submarine USS Connecticut hit an underwater mountain in 2021 because of an “accumulation of errors and omissions in navigation planning, watchteam execution, and risk management that fell far below U.S. Navy standards.”

We can only presume that NUWC training at least helped sailors use the right pronouns in the chaotic minutes that followed the accident.

Aircraft mishaps have also been mounting rapidly over the last year. A helicopter, an Osprey and a Super Hornet jet crashed in the beginning of June. That followed two crashes earlier in the year involving another Osprey and an F-35 that went down in the South China Sea, and the loss of two more jets and a helicopter in late 2021.

The accumulation of these peacetime disasters may have finally stirred the Navy’s sleeping leadership. So far in 2022, the Navy has released more than a dozen announcements stating that various commanding officers have been relieved of their duties.

Many of these announcements go beyond the usual decision to relieve ship commanders — they reveal the Navy has a growing lack of confidence in the leaders who are supposed to be training our Sailors.

In February, the commanding officer of Navy Talent Acquisition Group New Orleans was relieved. In April, the CO of Fleet Readiness Center East was relieved, along with the CO at Submarine Training Facility San Diego.

In June, the CO of the Navy’s boot camp in Great Lakes, Illinois, was fired after a little more than a year, a sign of trouble at the very start of every sailor’s journey through the Navy. And two days later, the Navy issued letters of censure to three Marine and two Navy officers for their failures related to an amphibious vessel accident in 2020 that led to the death of eight Marines and one sailor.

We can’t be precisely sure why each of these former leaders was fired because the Navy doesn’t always provide details, and instead cites a general “loss of confidence.” We worry some of these decisions might be based on extraneous issues — perhaps some in a position of authority still aren’t using the right pronouns.

But if the Navy’s effort to clean house is a recognition of failure to focus on its basic mission of recruiting, training and maintaining a ready fleet, it’s a welcome first step.

A great second step would be something both Republicans and Democrats have been begging the Navy to do for the last few years: refocusing on the core mission. That means setting a clear strategy for projecting power and clearly outlining the budget, fleet and manpower resources it needs to get there.

Our Navy must aspire to more than punishing those who fail inside a broken system, and instead must restore our confidence that it knows how to build a better one. Anything short of that will diminish the importance of the Navy’s firing spree.

In other words, forget the pronouns, it’s time to worry about the nouns — ships that are plentiful and powerful and sailors who are properly trained to use them.

Jason Beardsley is executive director of the Association of the United States Navy.