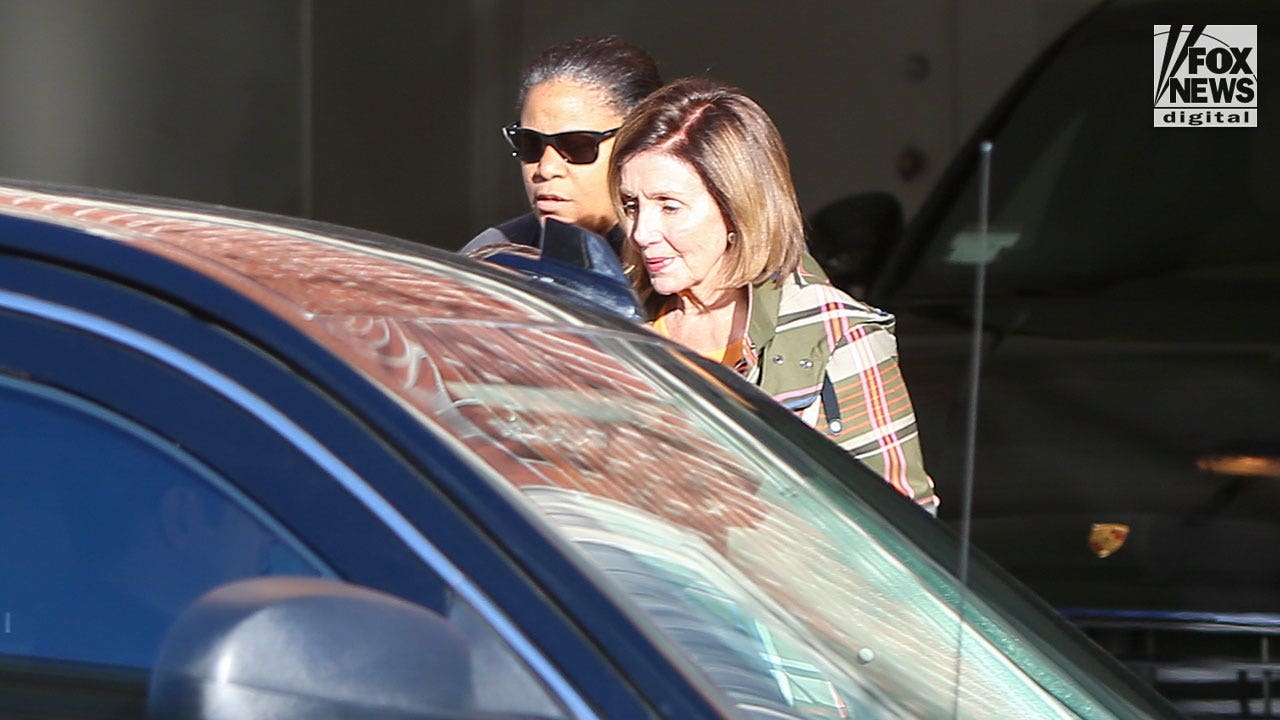 House Speaker Nancy Pelosi was seen leaving her San Francisco house days after her husband was severely injured during a home-break in.

DePape, 42, is accused of violently attacking the house speaker’s husband with a hammer on Oct. 28 just after 2 a.m., sending Paul Pelosi to a local hospital here he had to undergo surgery repair a skull fracture in addition to other injuries. Paul Pelosi was knocked unconscious for three minutes because of DePape’s alleged attack, and woke up in a “pool” of his own blood, according to court documents.

Nancy Pelosi was seen on Sunday afternoon entering a car with her Capitol Police security detail.

DePape faces several state and federal-level charges, including attempted murder, residential burglary, assault with a deadly weapon and elder abuse, among others. DePape plead not guilty to the state-level charges during an arraignment hearing on Monday in a San Francisco courtroom.

DAVID DEPAPE ALLEGEDLY SAID IT WAS THE ‘END OF THE ROAD’ FOR PAUL PELOSI: ‘TAKE THEM ALL OUT’

DePape demanded to speak with Nancy Pelosi when he allegedly broke in to the house, stating “where is Nancy?,” according to officials. Court documents state that DePape intended to “take Speaker Nancy Pelosi hostage,” adding that if she lied to him, he would “break her kneecaps.”

After DePape allegedly broke into the house, the motion to detain states that he woke up Nancy Pelosi’s husband by stating, “Are you Paul Pelosi?” with a hammer and zip ties in his hand.

“OK, well, I’m going to tie you up,” DePape said to Paul Pelosi, according to the documents, which also state that the suspect “threatened to tie up Mr. Pelosi about 10 times.”

Paul Pelosi used his phone which was charging in the bathroom to call 911 in the presence of the alleged attacker, which forced him to be careful with words when speaking to the dispatcher.

“No, no, no, this gentleman just, uh, came into the house, uh, and he wants to wait for my wife to come home,” Paul Pelosi responded.

Paul Pelosi said he didn’t know DePape in the 911 call and gave the dispatcher identifying information.

“He’s telling me I’m being very lazy, so I’ve got to stop talking to you,” Paul Pelosi said to the 911 dispatcher, who then offered to stay on the line until help arrived.

David DePape, right, records the nude wedding of Gypsy Taub outside City Hall on Dec. 19, 2013, in San Francisco. DePape is accused of breaking into House Speaker Nancy Pelosi’s California home and severely beating her husband with a hammer. DePape was known in Berkeley, Calif., as a pro-nudity activist who had picketed naked at protests against local ordinances requiring people to be clothed in public.
(AP Photo/Eric Risberg)

“No, he wants me to get the hell off the phone,” and the call ended.  The 911 operator issued a priority well-being check, according to the court documents.

Court documents state that there were Ring security cameras “everywhere.” San Francisco District Attorney Brooke Jenkins was asked twice during a Tuesday press conference if there was an alarm system at the Pelosi residence, but didn’t answer the question.

“There was no security present,” Jenkins said.

DePape allegedly told police that he was “sick of the insane f—ing level of lies coming out of Washington, D.C. I came here to have a little chat with [Paul Pelosi’s] wife.”

Paul Pelosi Jr. speaks to FBI investigators outside the home of his parents Nancy and Paul Pelosi, Friday October 28, 2022. His father, Paul was the victim of a violent home invasion earlier this morning.
(Flightrisk for Fox News Digital)

“I didn’t really want to hurt him, but you know this was a suicide mission. I’m not going to stand here and do nothing even if it cost me my life,” DePape allegedly told police after being taken into custody. “Hurting him was not my goal. I told him before I attacked him that he’s escalating things, and I will go through him if I have to.”

Nancy Pelosi said in a statement released on Oct. 31 that “Paul is making steady progress on what will be a long recovery process” and called the attack “horrific.”