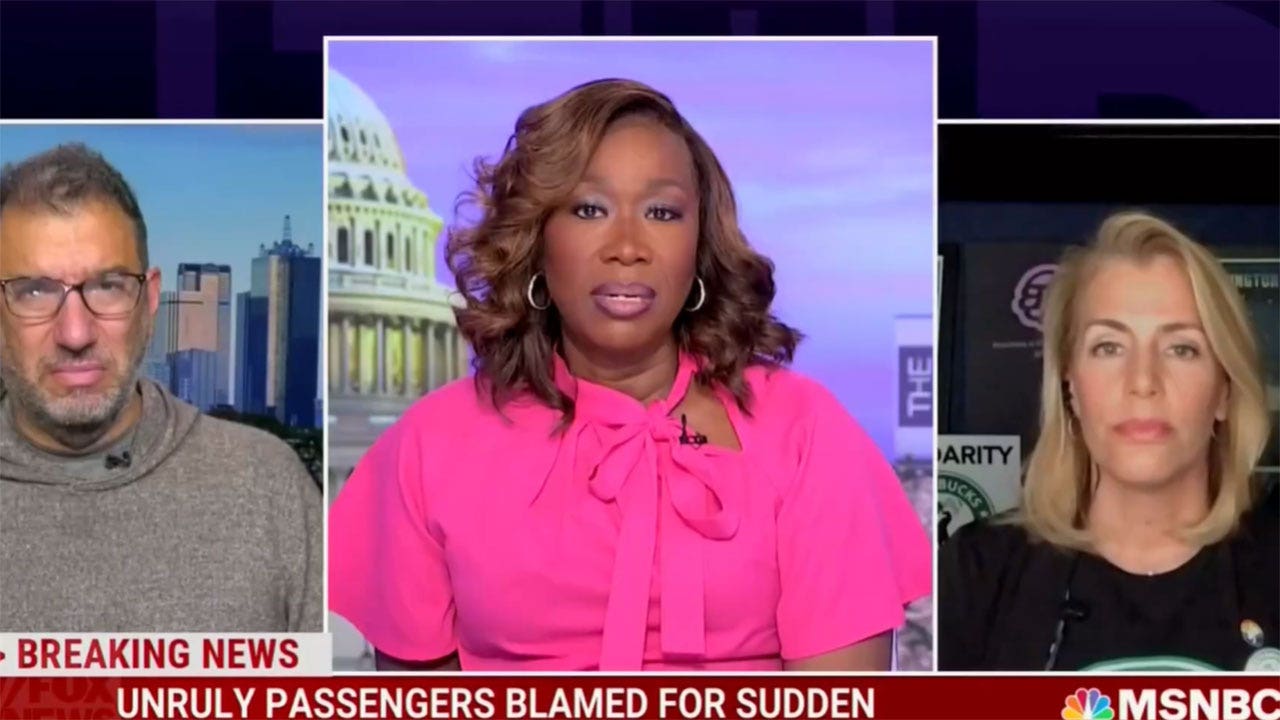 On Monday, U.S. District Court Judge Kathryn Kimball Mizelle struck down the federal mask mandate for airlines. Shortly after the announcement, several videos online emerged of pilots and flight attendants informing their passengers about the end of mask requirements with several passengers cheering and ripping off their masks.

Passengers check in at the terminal at Ronald Reagan Washington National Airport, Tuesday, April 19, 2022, in Arlington, Va. A federal judge’s decision to strike down a national mask mandate was met with cheers on some airplanes but also concern about whether it’s really time to end the order sparked by the COVID-19 pandemic.
(Evan Vucci/AP Newsroom)

While “The ReidOut” host acknowledged that flight attendants would likely want to end mask mandates to pacify unruly passengers, she wondered if it sent the wrong message.

“That said, did announcing the end of the mask mandate literally in the middle of the flight kind of let those a-holes win?” Reid asked her panel.

“It’s that in the middle of the flight, people took off with one set of rules and landed with another. And the crews, once again, on the front lines are left holding the bag to deal with this. So you had people on the plane who were immunocompromised, you had people on planes with little kids below the age of 5 who decided to fly only because the mask mandate was in place and that they couldn’t get their kids vaccinated,” Nelson said.

She added “This is really not fair to put the flight crews in the middle of managing this on our planes when people are expecting one thing and getting something else and that has been the problem through this whole pandemic is that this has been about saying that the mask mandate or anything to do with this pandemic is political, rather than a public health issue.”

Later on, Reid took aim at Judge Mizelle after her ruling.

“And now because this judge, who was rated unqualified, like she was an intern like six years ago. Now she’s a federal judge that got on at 33 years of age. Trump’s youngest and possibly worst appointment, she’s basically one of the people tired of wearing a mask and ruled as such,” Reid said.

Former Biden advisor Andy Slavitt similarly criticized Mizelle as going “beyond” her position as a judge.

Although the U.S. Department of Justice said it will appeal the ruling if the CDC deems it necessary, Reid expressed doubt that it would produce the right results.

“I don’t think I would want to appeal anything with those six judges on the court because at least five of them are, you know, they are absolutists. They have a certain ideology I think I know how they would rule,” Reid said.

Various liberals and media pundits called out Judge Mizelle for her decision to strike down the federal mask mandate.