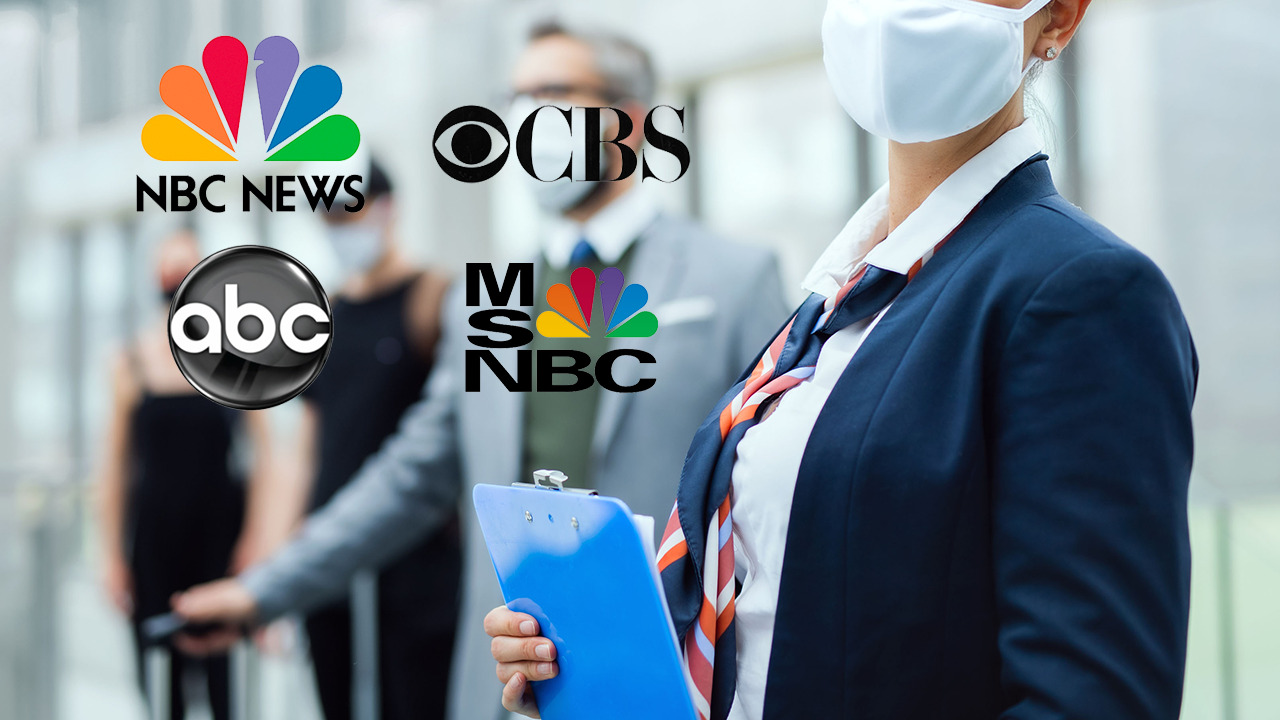 While airline passengers cheered and pulled away their face coverings upon receiving news that the federal mask mandate had been repealed, liberal media outlets such as MSNBC, CBS, NBC and ABC panicked at the sudden shift back to normal.

Videos posted to social media apps like Twitter and TikTok showed flyers cheering, clapping and taking their face masks off their faces and into the garbage.

But many members of the media quickly dampened the celebrations, urging Americans to continue masking-up and sounding the alarm about the possibility of outbreaks on airlines and public transit. Some even mocked the hoorays of travelers and airline employees.

In one video posted by Marc Geller, a flight attendant sings as he carries around a garbage bag for patrons to dispose of their masks during an ongoing flight.

“Throw away your mask in the blue bag,” the attendant sang to the audible enjoyment of a number of people onboard.

“What was that? It was like the worst version of the Lion King,” Noah said, before belting out his own impersonation of the Disney film’s famous “Circle of Life” track.

Furthermore, a senior critic-at-large for the Washington Post slammed passengers for their enlivened reactions to the mandate nixing, with the critique entitled “Whoops of selfish delight.”

“…for the moment, there are squeals of unbridled delight, which aren’t so much a reflection of just how onerous the mask mandate has been but rather just how childish and selfish so much of the country has been in dealing with it,” Robin Givhan said in part.

Passengers check in at the terminal at Ronald Reagan Washington National Airport, Tuesday, April 19, 2022, in Arlington, Va. A federal judge’s decision to strike down a national mask mandate was met with cheers on some airplanes but also concern about whether it’s really time to end the order sparked by the COVID-19 pandemic.
(Evan Vucci/AP Newsroom)

On CBS, physician and author David Angus threw cold water on the celebrations when he asserted that when it comes to travel “it’s not your personal choice” on whether to wear a mask and said he believed masks were “necessary” for the time being.

On ABC News Live, another physician, Dr. Alek Patel said it was no the “right time” or “manner” in which the mandates were repealed, adding that it struck him as more of a “political decision” than a public health one.

A third physician, Dr. Aditi Nerurkar, was interviewed by NBC and slammed the mandate repeal, calling it “counterproductive” to the “shared goal” of returning to normal.

“This decision is going to singlehandedly accelerate cases throughout the U.S.,” she added.

NBC medical contributor Dr. Kavita Patel also sounded the panic alarm on MSNBC when she said she was “deeply concerned” about the ruling.

“When we have people in cramped quarters—let’s say I’m sitting next to someone on the plane, they’re coughing. I can have an N95, I can have a face shield, but there is still an incredibly high risk because of the proximity. And that is not the community or personal responsibility that I want to see,” she added.

During the Wednesday episode of MSNBC Reports, guest panelist Dr. Lipi Roy even admitted that she found it “disturbing” that Americans would exercise their “freedom” in choosing to wear a mask or not.

That same day on MSNBC “Morning Joe” co-host Mika Brzezinski reacted to news of the repeal by saying she believes that planes and transit are the “one place” where its “worth using” masks.

On Tuesday, when President Joe Biden was asked Tuesday if people should continue to wear masks on airplanes, he quickly responded saying, “that’s up to them.”

The mandate had been set to expire multiple times over the past two years but was recently extended two weeks to May 3rd ahead of Monday’s ruling. The Trump-nominated judge, Kathryn Kimball Mizelle, concluded that the mask mandate exceeded the CDC’s authority under the Public Health Services Act.

Want a speed hump to deter speeders on your L.A. street? You have to act fast

Want a speed hump to deter speeders on your L.A. street? You have to act fast