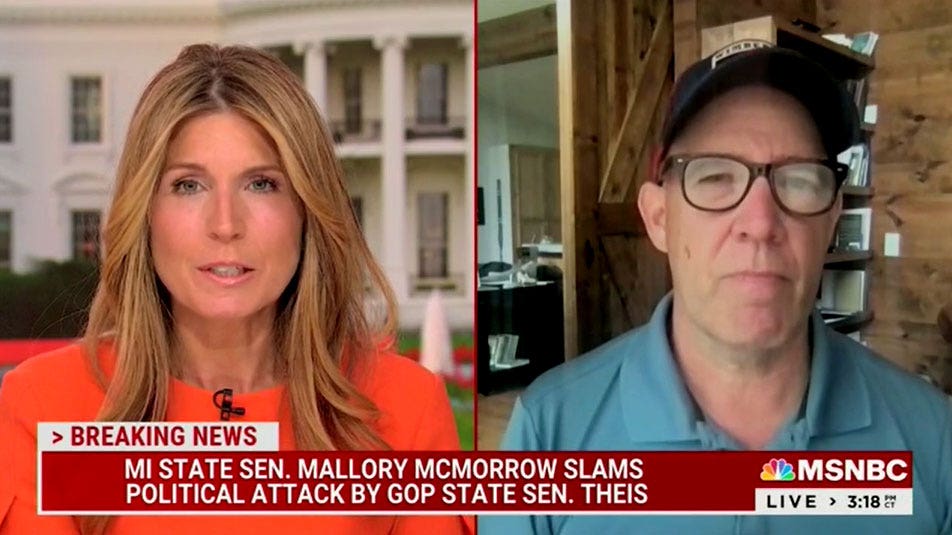 MSNBC analyst Matthew Dowd claimed Wednesday that if Jesus Christ were still on the Earth today, he would be called a “groomer,” “woke,” and a “socialist.”

The former advisor to the 2004 Bush-Cheney campaign who recently ran for Lt. Governor of Texas as a Democrat made the egregious statement during an appearance on “Deadline: White House” while discussing accusations of “grooming” against a Democratic Michigan state senator.

Before turning to Dowd during the discussion, host Nicolle Wallace played a video clip of Michigan Democrat state Sen. Mallory McMorrow, who was accused by Republican state Sen. Lana Theis of wanting to “groom” and “sexualize” young children in schools and teach them about critical race theory, as she discussed the accusations against her on “Morning Joe.”

After the clip, Dowd argued that the country was facing a “culture war” against Republicans, and that Democrats would lose elections if they didn’t step up and speak out for “marginalized” communities. He also praised McMorrow for “fighting” for school children by advocating teaching controversial topics in schools.

Wallace then turned the discussion to faith, citing McMorrow in claiming that some were using the “perversion” of faith as a “political cudgel” in debates over policies affecting children.

“This is something that I have tried to talk about: Being a Christian, having grown up Catholic, having been an altar boy and all of that – how the faith has been captured by a small segment of our society who have tried to define it in a way that Jesus never had defined it, and actually the opposite way of Jesus,” Dowd claimed.

“If He was speaking the message He spoke in the gospels today about treating everybody with dignity – Jesus Christ hung around with prostitutes and tax collectors. He was nailed to a cross because He spoke on behalf of the most marginalized people in the Middle East,” he said.

A portion of the 1490 painting “Crucifixion of Jesus of Nazareth” by Marco Palmezzano, currently held at the Uffizi Gallery in Florence, Italy.
(Uffizi Gallery)

Dowd lamented the idea that some people were trying “to capture” Christianity and “corrupt” its message. He then called on people of all religions or none to push the message that “love conquers hate.”

Neither Wallace nor any of the other guests appearing with Dowd pushed back on his claims regarding Jesus.

This isn’t the first instance in which Dowd has made claims about how Jesus would behave if He were on the Earth today. Last year, he claimed Jesus would be viewed as “woke” by conservatives.