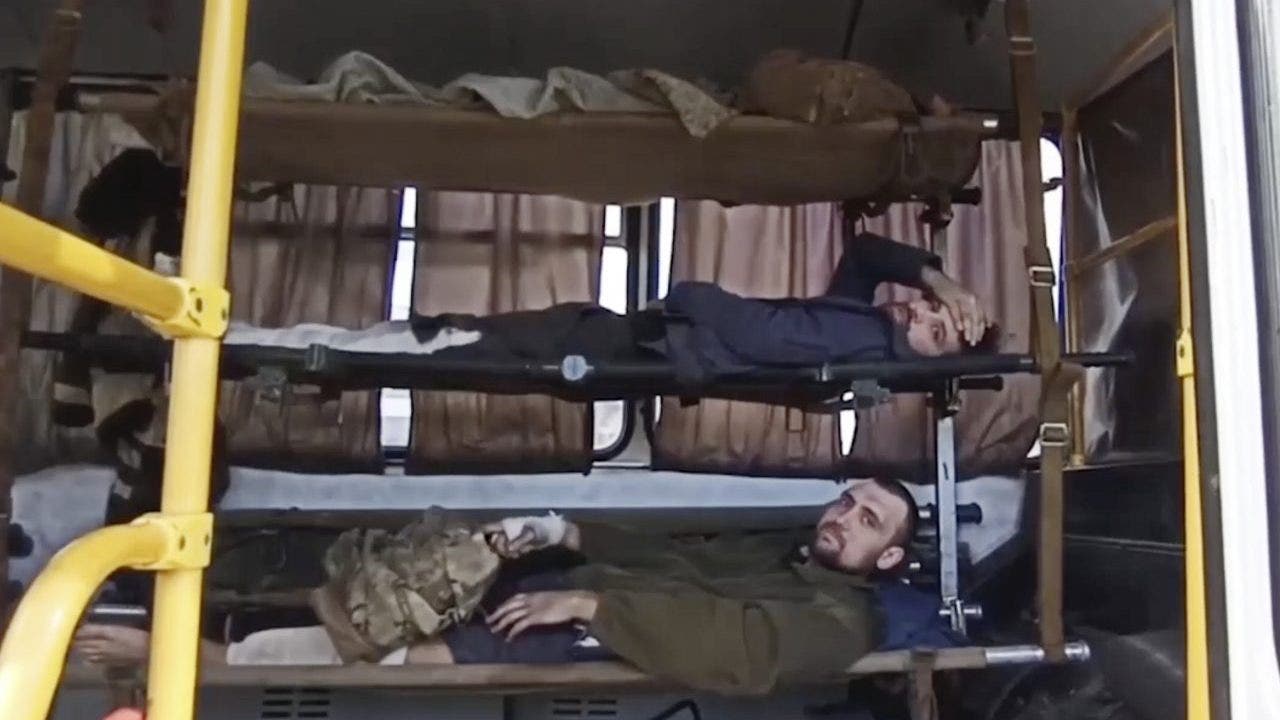 More than 7,000 Ukrainian servicemen and women have been reported as missing in action since the war began, with officials warning that most are believed to be prisoners of war in Russia.

Speaking to Ukrainian media Monday, Oleg Kotenko, the commissioner for the Issues of Persons Disappeared Under Special Circumstances, said that the Ukrainian Armed Forces had reported roughly 2,000 soldiers missing in action.

But the official said this group of missing servicemen only represents a fraction of Ukraine’s military.

RUSSIAN TROOPS’ LACK OF REST IS ONE OF THE ‘MOST DAMAGING’ ISSUES FACING PUTIN’S ARMY IN UKRAINE, UK SAYS

Kotenko said that some 7,200 Ukrainian soldiers are believed to be missing in action.

The official said that most of the missing soldiers are believed to be in Russian captivity, but not all of those who are missing have yet been accounted for.

Ukrainian servicemen sit in a bus after they were evacuated from the besieged Mariupol’s Azovstal steel plant, near a prison in Olyonivka, in territory under the government of the Donetsk People’s Republic, eastern Ukraine, Tuesday, May 17, 2022. More than 260 fighters, some severely wounded, were pulled from a steel plant.
(AP )

Kotenko pointed to the 1st battalion of the 36th brigade – likely in reference to the Marine brigade that fought alongside the Azov regiment in Mariupol – who reportedly surrendered to Russian forces earlier this year.

“We know that they were taken to Russia,” he said. “We need to understand how many people there are. If there are more than a hundred of them, then we understand that practically the entire battalion is in captivity.

The Ukrainian official said as long as communication with soldiers remains down, then they are considered missing in action.

One of the ways Ukraine has been identifying soldiers who have been reported as missing is through prisoner exchanges with Moscow.

Ukraine and Russia have engaged in several prisoner swaps since the war began roughly five months ago.

It is unclear how many Russian soldiers are believed to be missing in action.

Caitlin McFall is a Fox News Digital reporter. You can reach her at caitlin.mcfall@fox.com or @ctlnmcfall on Twitter.