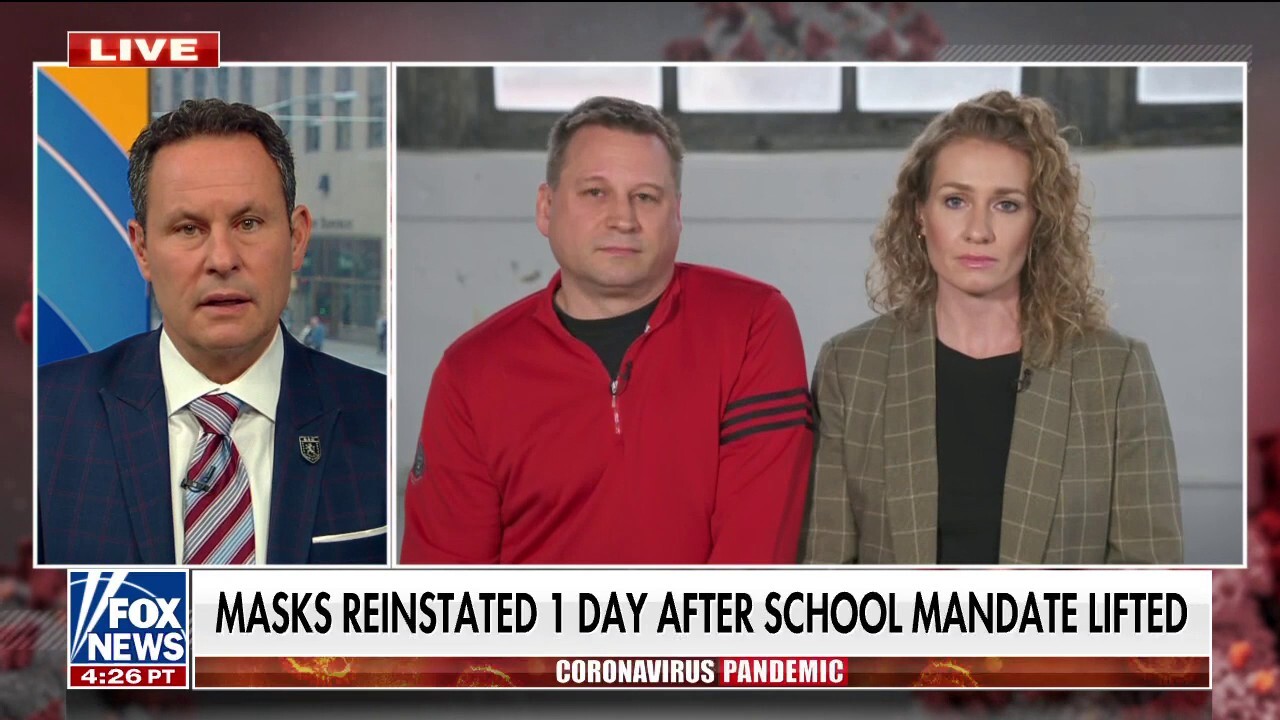 Milwaukee parents voiced outrage Thursday after the school district reinstated mask mandates one day after the rule was lifted. Parents said their children were devastated.

Mo Schultz, a mother of two, said her daughter who attends public school in Milwaukee was “rejoicing” when the mandates were initially lifted because she was excited to see her friends’ faces again.

Her excitement, however, was short-lived when the family learned the mandate was reinstated in schools.

“She just bawled at the kitchen table,” Shultz said on “Fox & Friends” Thursday. “She was bawling, and it broke my heart.”

Bryan Gorski, a father of one, recalled a similar reaction from his daughter.

“She was just devastated,” he told host Brian Kilmeade. “I kept her home from school, actually.”

Gorski’s daughter began experiencing headaches when she returned to in-person classes after studying from home’ and he said doctors can’t do anything to help.

“She can go to school freely and not have to worry about not being able to breathe. And she can see her friends,” Schultz said.

“It’s very different at her school versus my younger daughter’s school, and it’s heartbreaking. It’s unfair to our kids.”

Antonio Grasso said his 10-year-old son is tired of wearing a mask at school and that he hasn’t received an explanation as to why the mandate was reinstated.

“The logic is murky to me,” he told “Fox & Friends First” co-host Todd Piro. “Having masking being a mandate in schools is just beyond me at this point.”

Gorski and Schultz are now calling for masks to be made optional.

Schultz said they are speaking out on behalf of “a lot of other parents” who feel similarly about the mandate.

“Hopefully, us being here today will act as a catalyst for change,” Gorski added. “I just hope that people’s eyes open up.”